Homelessness In Germany On The Rise; Migrants Hit Hardest

Homelessness In Germany On The Rise; Migrants Hit Hardest

The number of homeless people in Germany jumped over 4% between 2017 and 2018 – an increase of approximately 30,000 people, according to government figures cited by DW. 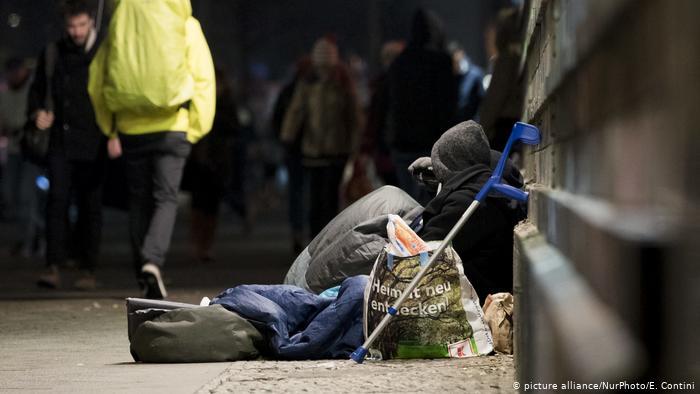 “Compared to the previous year 2017 this means an increase in the total annual figure of 4.2%,” Werena Rosenke, head of the BAG, said on Monday. –DW 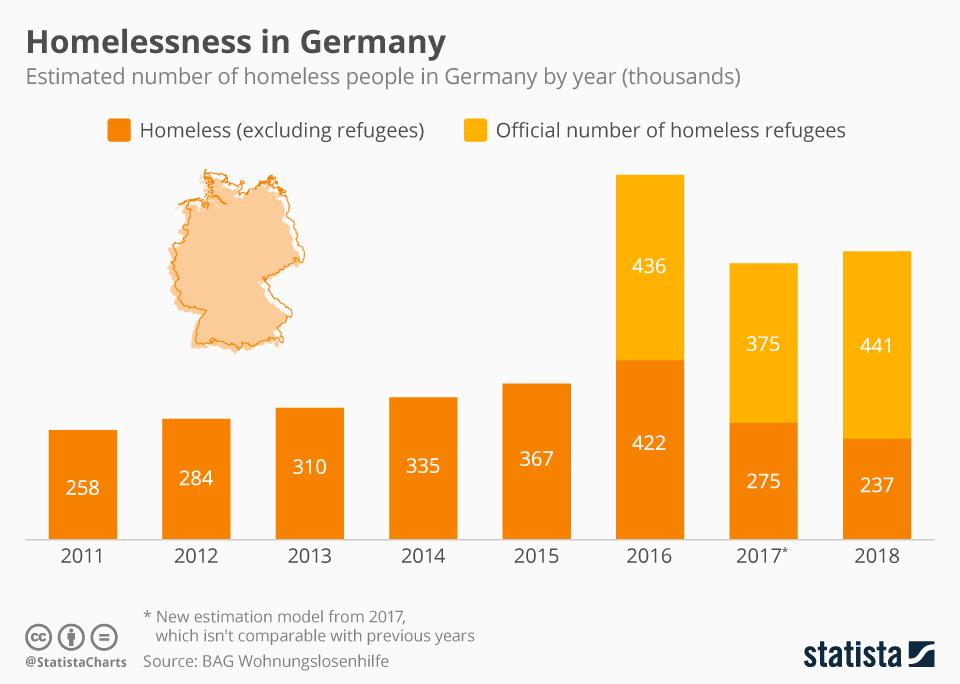 What’s more, Germans with migrant backgrounds are experiencing higher rates of homelessness at 5.9% vs 1.2% for natives.

According to BAG head Rosenke, factors which may account for this include a decrease in affordable housing, cuts in social housing and an increase in poverty. “Without homes for the homeless and without a well thought-through system of prevention in every community, we will not be able to tackle homelessness and the housing shortage,” she said.

A July study revealed that most homeless people in Germany live in shelters, with nearly 50,000 living on the streets instead. 75% of the homeless are single men, while 22,000 children are homeless.

Demonstrators marched through Berlin in April 2019 to protest skyrocketing rent increases — rents have doubled over the last decade in cities like Berlin. Protesters demanded the government take control of thousands of apartments from large property companies such as Deutsche Wohnen and Vonovia.

The debate on homelessness in Germany reached a fever pitch in the winter of 2018, when nine homeless people died due to the cold. –DW

Is the Rise of Illiberalism Driven by Fear of Innovation and Competition?