A convicted pedophile who became a key witness in Robert Mueller’s Russia investigation has been indicted on charges of illegally funneling campaign funds to Hillary Clinton’s 2016 campaign using straw donors, according to Politico. 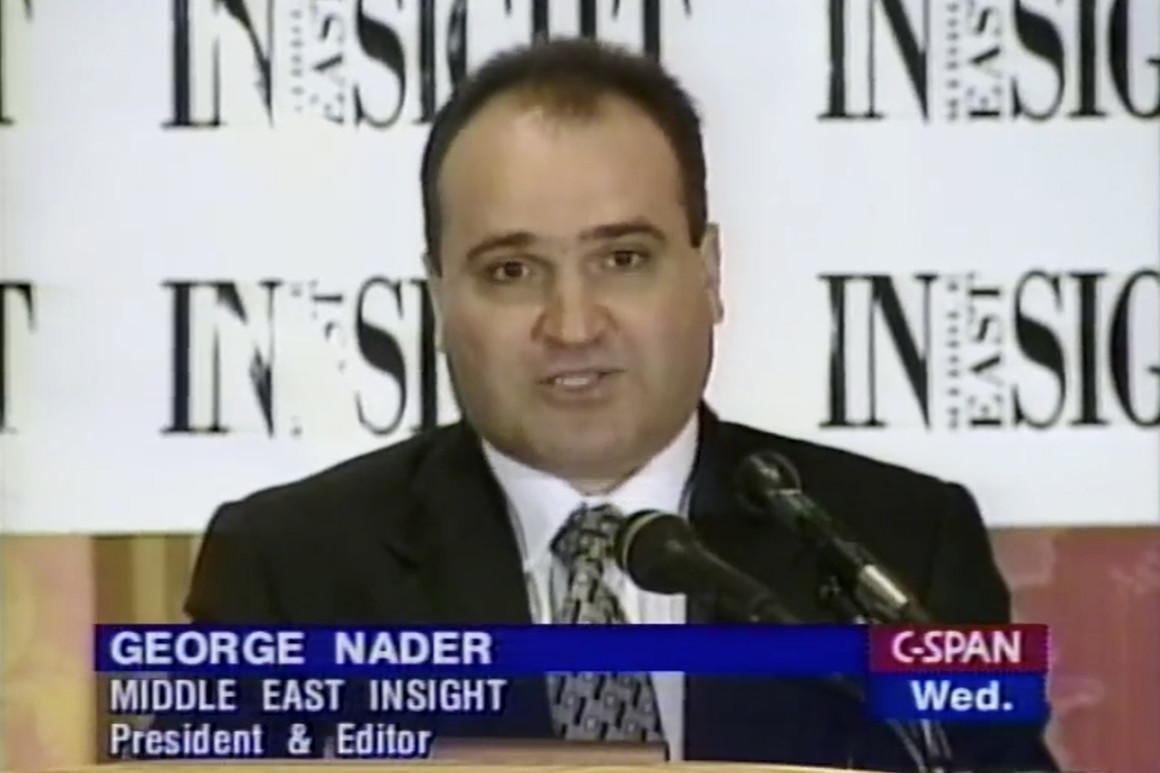 Lobbyist George Nader, who was arrested this June at JFK airport for sex-trafficking a 14-year-old boy, has lobbied on both sides of the aisle for Middle Eastern associates – acting as an informal conduit to the Trump campaign, while embarking on a scheme to gain influence in Clinton’s inner circle when everyone thought she was a sure-winner in the last election.

While the DOJ did not reveal which 2016 candidate Nadler funneled funds to, Politico reports that “campaign finance records make clear that the candidate was Clinton.“

Nader was named along with Ahmad “Andy” Khawaja – a Lebanese-American businessman who has donated to Clinton, Adam Schiff, Joe Biden, Chris Coons, Dianne Feinstein and a host of other Democrats who received up to $3 million in campaign funds. He also gave $1 million to Priorities USA, the primary super PAC supporting Clinton, and $1 million to Trump’s inaugural fund.

Khawaja was appointed to the US Commission on International Religious Freedom (USCIRF) by Sen. Chuck Schumer (D-NY) in June of 2018.

Nader embarked on the scheme in a bid to gain influence in Clinton’s circle while reporting to a foreign official, according to the Justice Department.

Among his alleged co-conspirators is Ahmad “Andy” Khawaja, the CEO of a payments processing company, according to the Justice Department news release announcing the unsealing of the indictment, which was made by a grand jury in the District of Columbia.

Nader conspired with Khawaja to secretly fund $3.5 million in donations that were made in the name of Khawaja, his wife and his firm, Allied Wallet Inc., according to the indictment.

In 2016, Khawaja co-hosted an August fundraiser for Clinton which included a laundry list of high-profile guests, including Univision owner Haim Saban, movie mogul Jeffrey Katzenberg and basketball legend Magic Johnson, according to the report. According to the indictment, Khawaja conspired with six other individuals to conceal his excessive contributions. Others who were indicted were also linked to donations to Clinton and other Democrats.

According to a written statement by Assistant Attorney General Brian A. Benczkowski of the Justice Department’s criminal division and FBI Washington Field Office chief Timothy R. Slater, Nader, 60 and Khawaja, 48, were charged along with Roy Boulos, Rudy Dekermenjian, Mohammad “Moe” Diab, Rani El-Saadi, Stevan Hill and Thayne Whipple. The latter six were charged with conspiring with Khawaja and each other to make conduit campaign contributions and conceal excessive contributions and related offenses, U.S. authorities said.

Khawaja’s donations earned him access to Clinton during the 2016 campaign and a post-election Oval Office visit with Trump, the Associated Press reported in a 2018 investigation. At that time, Khawaja, the payment processing company he founded, Allied Wallet, and top executives had contributed at least $6 million to Democratic and Republican candidates and groups. –Washington Post

Nader, also a Lebanese businessman, has a shadowy record that includes a 1991 conviction on child pornography charges in the US – for which he served only six months in a halfway house thanks to his role in helping to free American hostages in Beirut. He was also charged and convicted in the Czech Republic in 2002 on 10 counts of sexually abusing minors, and eventually received a one-year prison sentence.

The Shape Of The World, According To Old Maps