One family’s crusade to break from the unbearable bondage of royalty is finally over, or in other words, Megxit is a done deal.

Prince Harry and Meghan Markle, also known as the Duke and Duchess of Sussex, will no longer use the titles His and Her Royal Highness “as they are no longer working members of the Royal Family” Buckingham Palace announced Saturday, as part of an agreement that lets them build a life away from intense media scrutiny as members of the royal family.

“Following many months of conversations and more recent discussions, I am pleased that together we have found a constructive and supportive way forward for my grandson and his family,” Queen Elizabeth II said in a statement.

“Harry, Meghan and Archie will always be much loved members of my family,” she said. ” I recognize the challenges they have experienced as a result of intense scrutiny over the last two years and support their wish for a more independent life.”

HUGE NEWS in statements from Her Majesty the Queen and Buckingham Palace tonight #HarryandMeghan pic.twitter.com/Fcbc4Xk7oj

As disclosed in the agreement, Harry and Meghan “understand that they are required to step back from Royal duties, including official military appointments. They will no longer receive public funds for Royal duties.”

They also shared their wish to repay Sovereign Grant expenditure for the refurbishment of Frogmore Cottage, which will remain their UK family home.

With Brexit no longer dominating the British press, the announcement that the couple wished to step back back from the royal family had thrown Britain’s monarchy into turmoil and dominated the headlines. Even though Harry has only a remote prospect of becoming king – he’s sixth in line, behind his father, brother, and nephews and niece – there was outrage that, with his wife, he wanted to become financially independent and “carve out” a “progressive new role.”

Still, as the following chart summarizing the net worth of UK’s royalty shows, the former “Duke and Duchess” should be just fine. 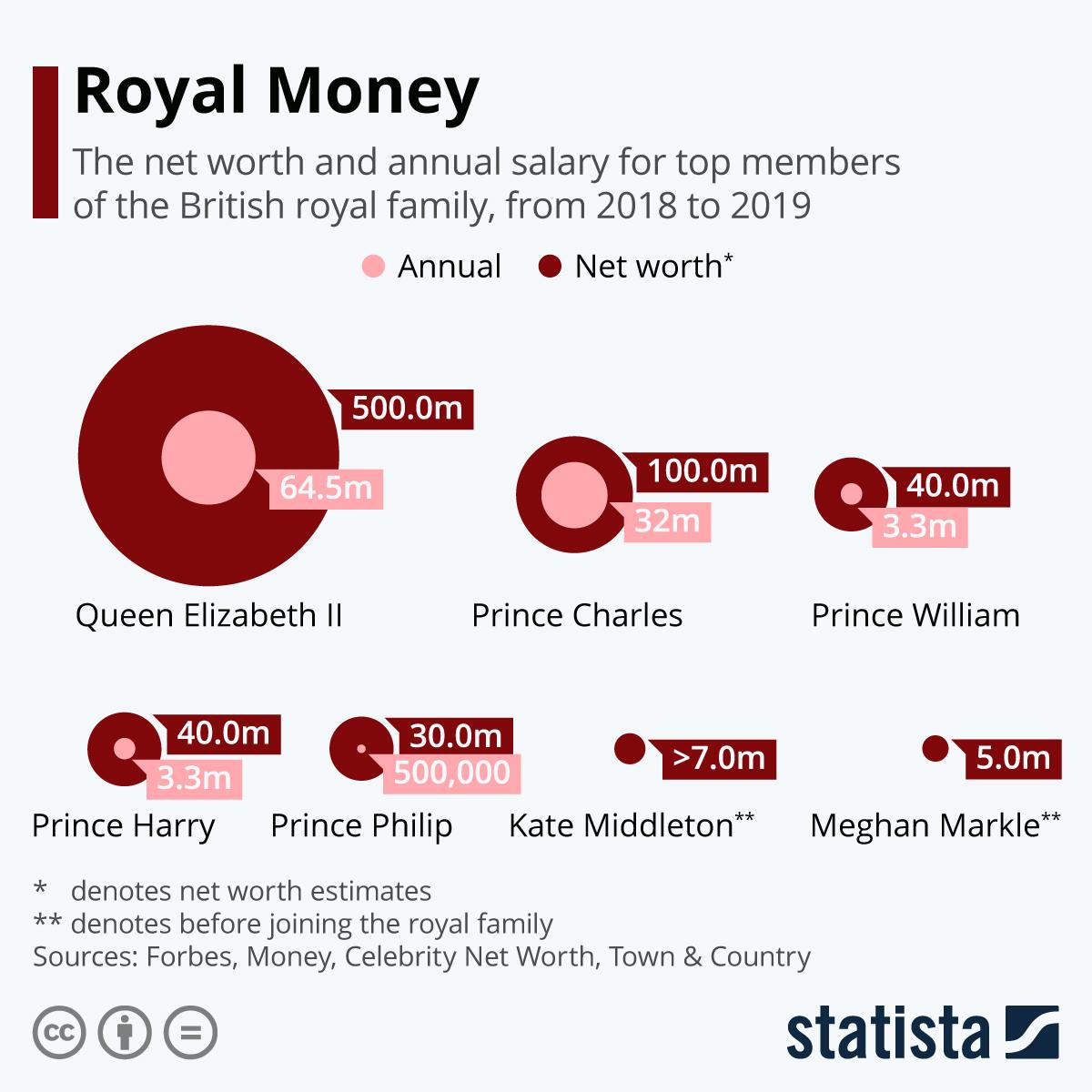 According to Statista, Prince William and Prince Harry have similar incomes and net worth, and reportedly earn $6.6 million annually from the Sovereign Grant, which they split, and each have an estimated net worth that ranges around $40 million. Prince Harry’s income could fluctuate once his title is renounced. Rumors claimed Markle, who had a net worth of about $5 million before marrying Harry thanks to her acting career, was already inking up a deal with Disney to do voiceovers for future projects, though the money will reportedly go to charity.

In a separate statement, earlier this week the queen discussed the wishes of Harry and Meghan, a former actress, with her immediate family. The queen at the time described the talks as “very constructive.”

The Queen said the recent discussions led to a “supportive way forward for my grandson and his family.” She said she was “particularly proud of how Meghan has so quickly become one of the family.”

It now appears that it took Meghan even less time to leave the family.