China’s National Health Commission has revised the total of coronavirus cases higher for at least the second time on Wednesday: there are now 473 confirmed patients infected in China alone, though the death toll remained at 9, Reuters reports.

Internationally, the total number of cases has climbed to 481, according to a running count by the SCMP: 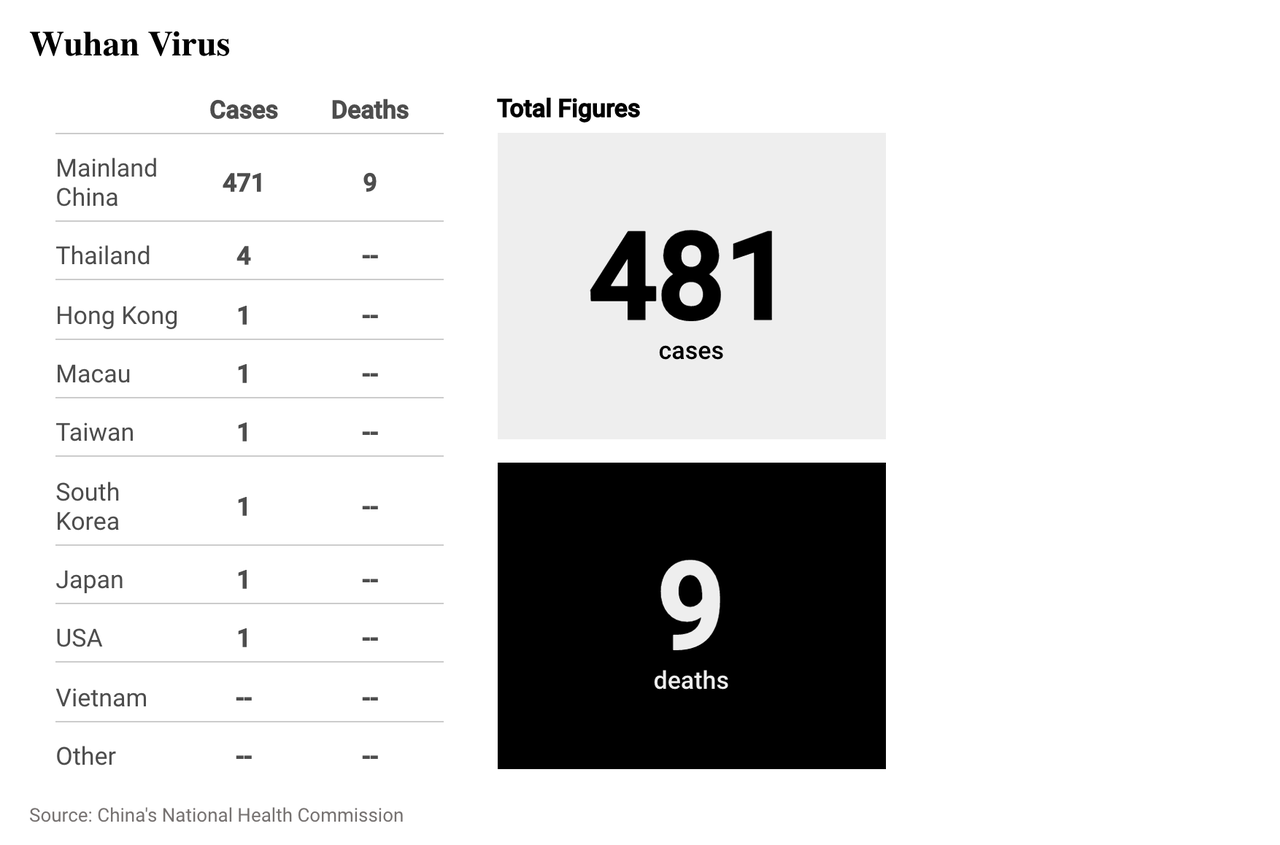 As the virus spreads throughout the mainland, health officials in Hong Kong have confirmed that the first case of coronavirus has been detected in the Special Autonomous Region. According to the SCMP, the male patient arrived in Hong Kong on a high-speed train on Tuesday from Wuhan, the Chinese city at the center of the outbreak. He was discovered to have a fever when he arrived at a rail station in West Kowloon, and has now tested positive or the virus three times, the first two at Queen Elizabeth hospital in Jordan. 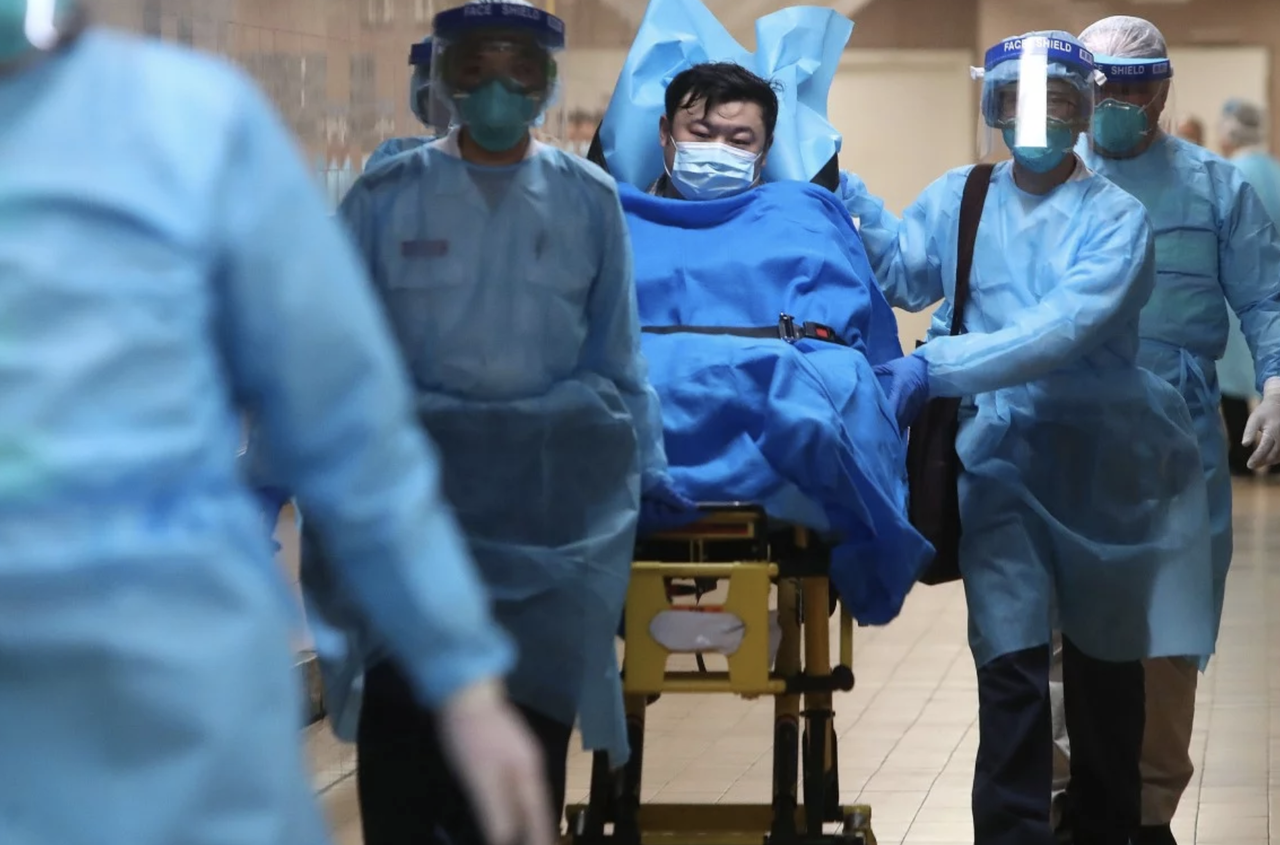 Hong Kong’s public rail company, MTR Corp, confirmed that it had been notified by the Department of Health that the patient took a high-speed rail train G5607 from the Shenzhen North station to West Kowloon Station. Officials are now taking steps to disinfect the train.

The virus has also reportedly made it to Macau, which also confirmed its first case on Wednesday, according to the SCMP. Alarmingly, considering that Macau is one of the most popular destinations for the hundreds of millions of vacationers from the mainland looking to travel for the Chinese New Year Holiday this week, Macau’s patient zero made it through health screenings for the virus, even though she had been showing symptoms including a cough and soar throat for about a week.

The virus has already spread to Chinese cities including Beijing and Shanghai, as well as to the US, Australia, South Korea, Thailand, Japan and beyond.

Earlier, we reported that China had launched a nation-wide screening effort to detect any remaining cases of the virus, suggesting that there could be many more cases yet to be uncovered. Screeners are looking for symptoms including fever, cough and difficulty breathing, all pneumonia-like symptoms. In addition to the autonomous regions, the virus has been confirmed in at least 13 Chinese provinces.

Beijing has also launched extensive operations to coat whole cities in disinfectant, as the video below shows:

Disinfection in the city of Shanghai due to the outbreak of a new #coronavirus pic.twitter.com/a3UDnghFkI

President Trump said earlier during an interview with CNBC’s Joe Kernen that the situation in the US is “totally under control” after the first case was identified in Washington state, the CDC announced yesterday.

Asked about criticisms that China wasn’t completely transparent about the virus, and initially tried to conceal the fact that it could spread from human to human, Trump said he had a good relationship with President Xi and expected that he could trust the Chinese government.

“We have it totally under control,” President Trump says after the CDC confirmed the first U.S. case of the coronavirus that has sickened hundreds of people in China. #Davos2020 https://t.co/QYmMpUcbFP pic.twitter.com/iuaQ1DikPB

Chinese officials have warned that the virus has been evolving and mutating as it has traveled. The map below is the NYT‘s most up-to-date accounting of confirmed cases, though at this point it’s already woefully out-of-date. 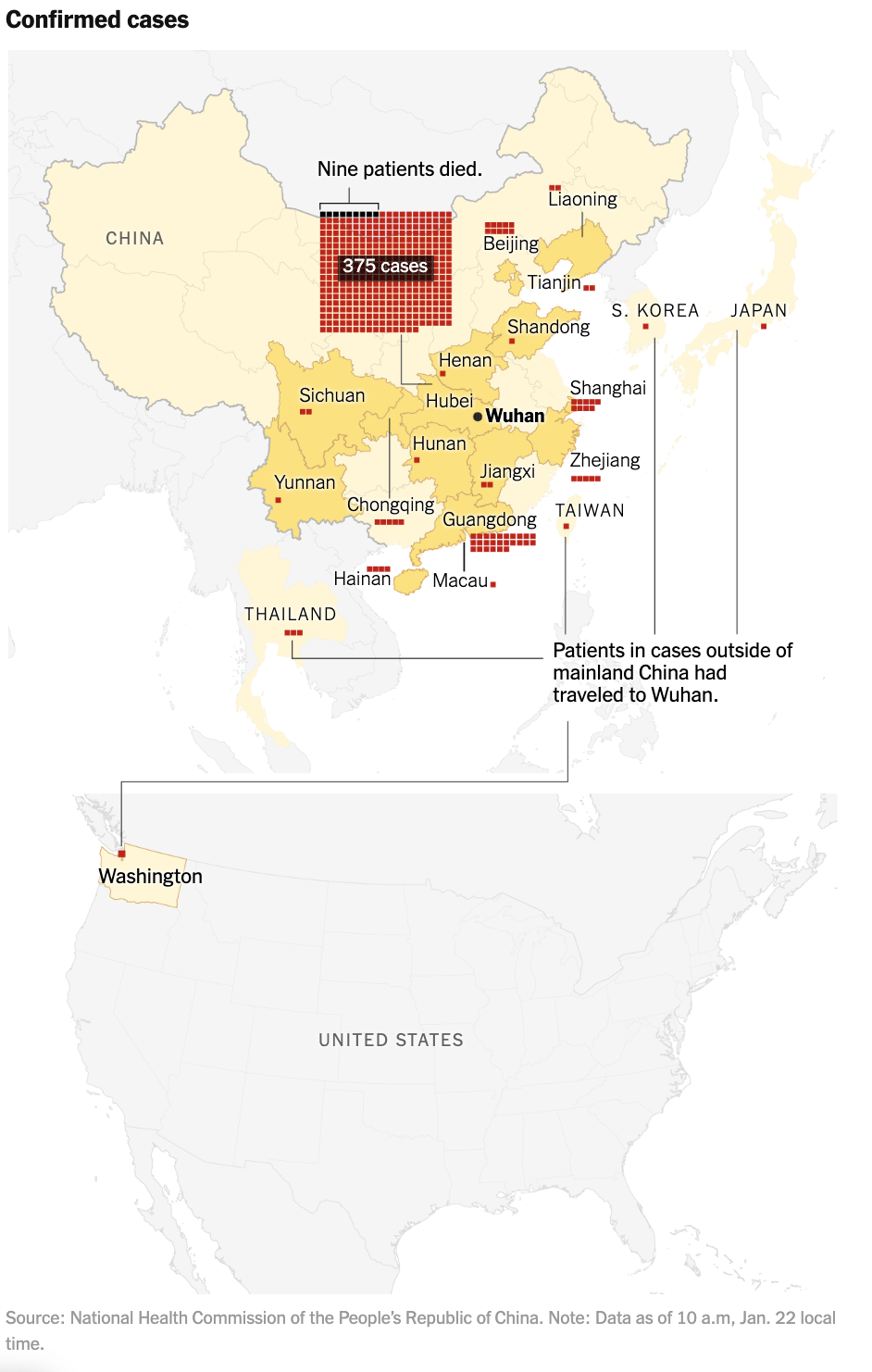 The WHO is meeting on Wednesday to decide whether the outbreak warrants the most serious categorization for global pandemics.

Meanwhile, some experts are warning that on Wednesday the virus has taken a “step closer to full-blown epidemic.”

Media reports have been warning people in China and around the world about steps they can take to avoid being infected. Basic steps include frequently washing hands, avoid touching ones eyes, mouth or nose with unwashed hands, clean and disinfect objects, and covering one’s mouth and nose during a sneeze, per CNN.