Asian markets closed on Friday for the Lunar New Year holiday, which officially begins on Saturday. But in China, the Communist Party leadership are scrambling to contain the virus as 13 cities in Hubei Province are now under quarantine, meaning more than 40 million Chinese will be forced to spend the holiday week at home, the South China Morning Post reports. 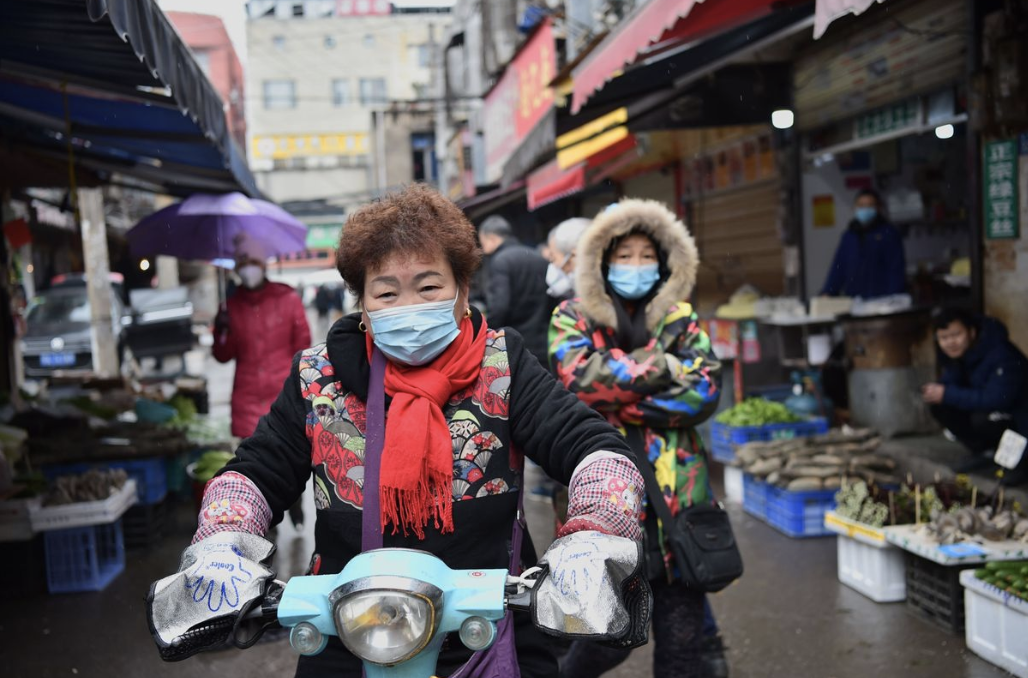 Health authorities reported 66 more suspected cases overnightas a result of broader criteria for people showing symptoms, bringing the total number of suspected cases to 236 as of Friday morning in Hong Kong. Among those cases, more than 100 are now in isolation. Across China, Hong Kong and Macau, authorities have closed schools and suspended the start of the new semester. Even Disneyland Shanghai has announced plans to close for the holiday.

As authorities in Beijing try to convince the world that they have the outbreak under control, researchers in the US and UK have warned that the total number of cases might be closer to 4,000, according to the New York Times. 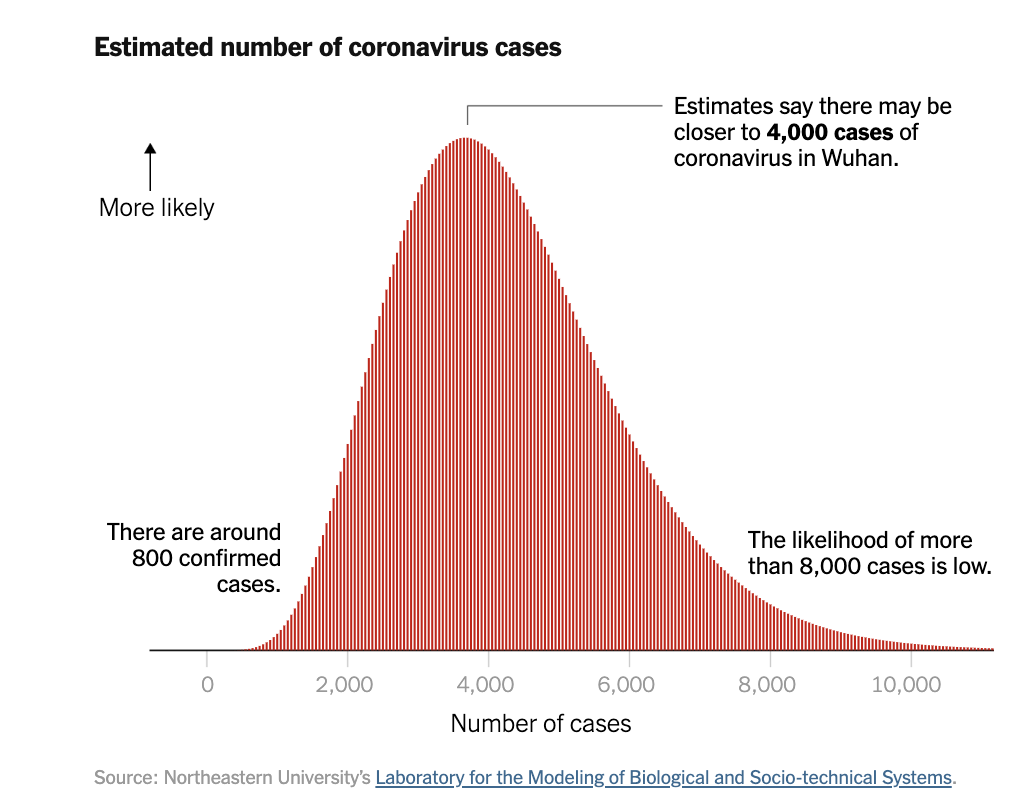 Though it’s slightly out of date, this map is the most up-to-date accounting of the geographic dispersion of the virus. 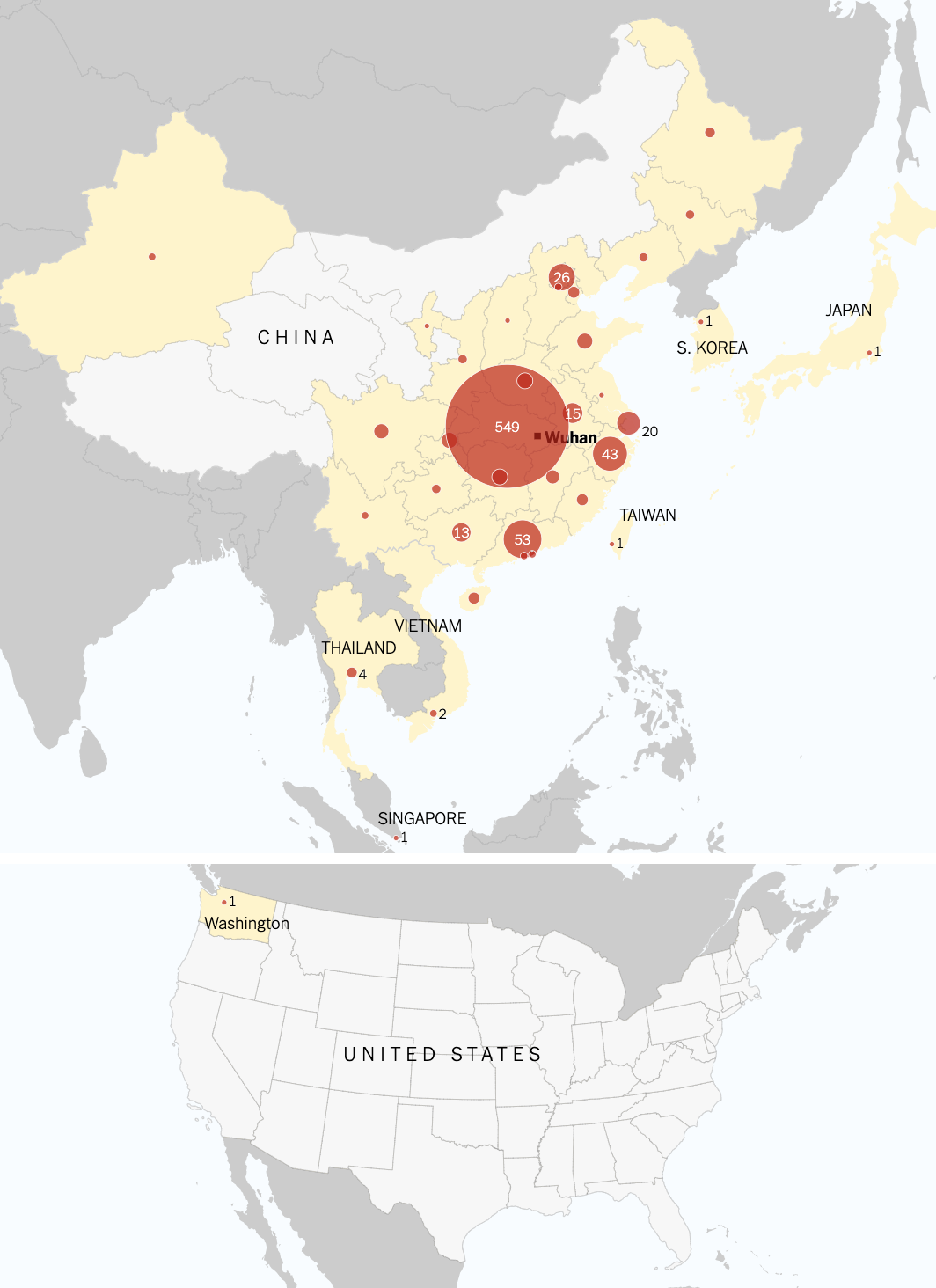 S&P Global Ratings has issued a statement claiming that, if the situation worsens, the outbreak could knock 1.2 percentage points off China’s GDP. Yet, as the number of cases explodes despite the travel ban, the World Health Organization is insistent that the situation hasn’t risen to the level of a global pandemic – at least not yet. 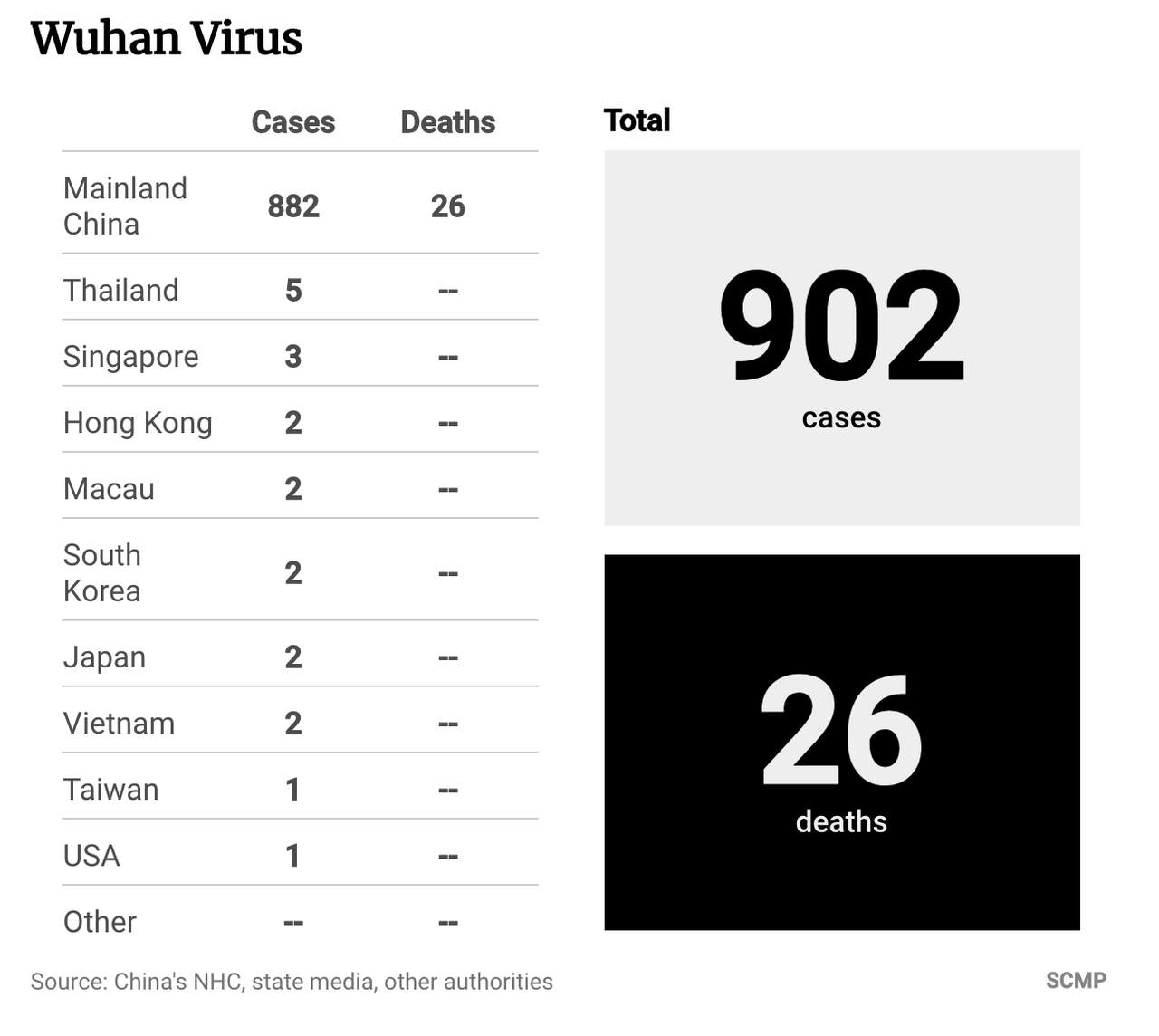 Back in Wuhan, the center of the outbreak, conditions are deteriorating rapidly. Video purportedly showing the hospital at the center of the outbreak paints a picture of widespread misery as health care workers collapse on their feet, infection rates explode even among those responsible for treating patients. Local media has also reported that there aren’t enough testing kits and medical workers available to diagnose new cases.

There have even been reports of patients showing concerning symptoms being turned away from hospitals. Nice to see that their good ol’ socialized health care system is clearly so well-prepared for such an outbreak. Desperate for money and supplies, hospitals in Wuhan have resorted to begging the government and the public for help. 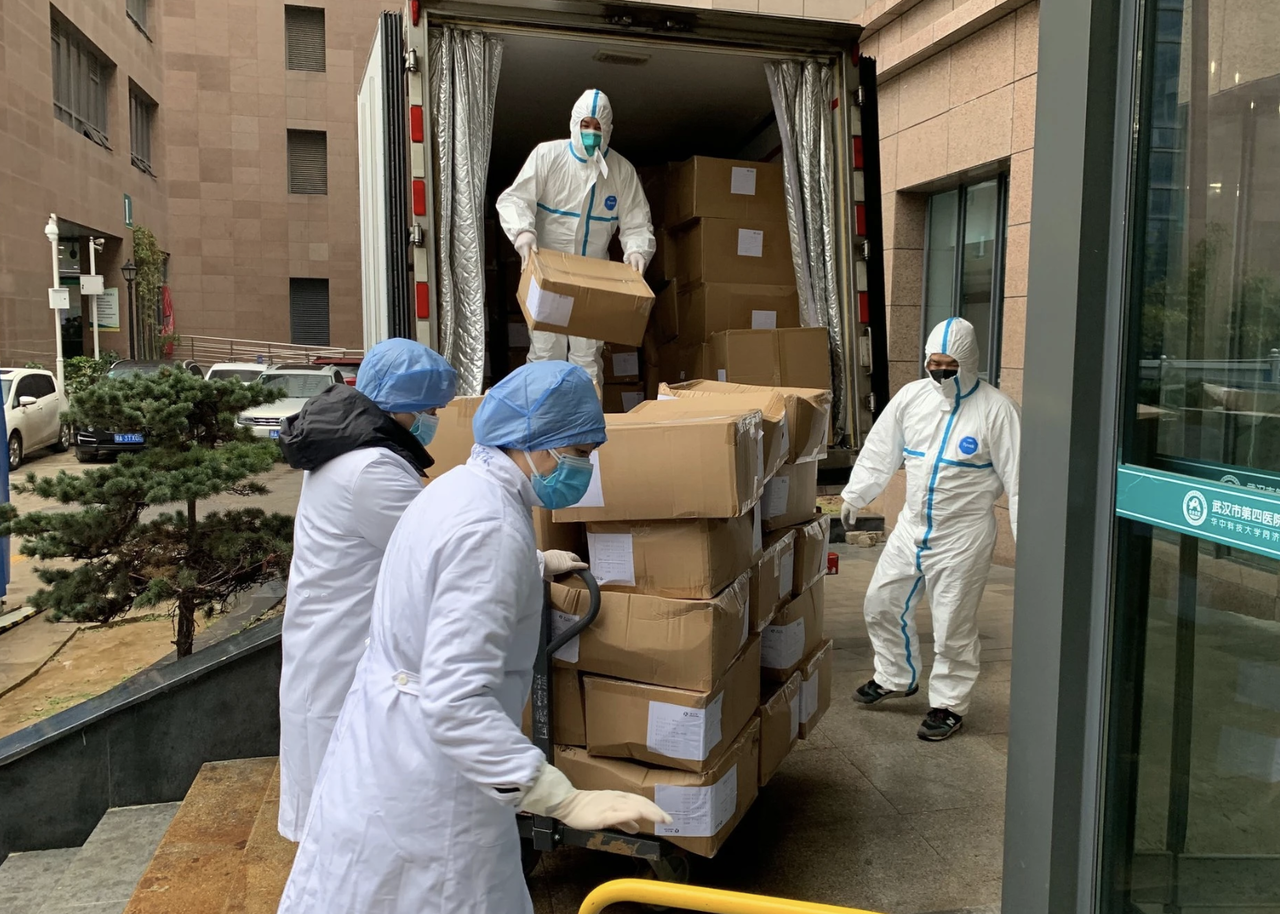 In the meantime, reports claim that China’s censors are removing all frightening videos from domestic social media outlets. There have been reports of people in Shanghai and in Wuhan being herded into makeshift quarantine camps erected near hospitals around the country. In some places, authorities are scrambling to build whole new hospital wings as fast as they can.

WATCH: Video shows the situation at a hospital at the epicenter of the coronavirus outbreak; it has now been removed from China’s social media platform pic.twitter.com/uC5QYY9Z0a

Especially for those who have been turned away, the mood on the streets of Wuhan is turning into full blown panic as hundreds of worried patients plead with hospitals for help. ‘Please help us’ the city’s leadership begged as it implored its neighbors for help.

Typically, LNY is the most important holiday in China and celebrations typically begin the night before, which this year is Friday night.  Chinese who work typically make it home in time to prepare a meal of fried dumplings and sticky rice cakes before hosting reunion dinners with family. At midnight, Chinese typically set off firecrackers to ring in the new year.

But this year, an anxiety-laden quiet is expected instead.

“We won’t have a new year celebration tonight. There’s no feeling for it, and no food,” a Wuhan resident named Wu Qiang, told the NYT.

Qiang added that his family is so on edge, that a simple sneeze from his son set off alarm bells at home.

“I think he’s O.K., but now even an ordinary sneeze makes you worry,” Mr. Wu said. “You start to think every cough or sneeze might be the virus.”

Another woman put it more bluntly.

“Today should be the Chinese people’s happiest day,” she said, “but this sickness has destroyed that feeling.”

Whatever impact the virus had on markets seemed to reverse after the WHO decided not to label the virus a global pandemic. But as the videos and images flooding out of China look increasingly concerning, one analyst warned that the massive response to suppress the virus could be a double-edged sword.

After the State Department issued, then retracted, a travel warning yesterday, the American Embassy in Beijing advised travelers from the US to avoid Hubei Province and the surrounding area. The notice was classified as a Level 4 advisory, the most serious travel warning issued by the US government: Other Level 4 warnings issued by the State Department cover travel to Syria, North Korea, Afghanistan, Iraq, Venezuela and Yemen, among other places.

In the US, infections have popped up in Washington State and in Texas, where a student at Texas A&M is believed to have been infected.

“Drastic steps, such as city-wide quarantine measures, can be a double-edged sword when it comes to market impact,” ING senior rates strategist Antoine Bouvet wrote in morning note. “On the one hand they signal the authorities are taking the problem seriously and help containment, on the other hand, they help paint a dramatic picture to investors unfamiliar with dealing with this sort of risk.”