The EU Survives In Emilia-Romagna But Five Star Won’t

The EU Survives In Emilia-Romagna But Five Star Won’t

There was real fear in Europe over what could have happened this weekend in Italy. Regional elections in Emilia-Romagna and Calabria could have been terrible for the tenuous ruling coalition between PD and Five Star Movement. 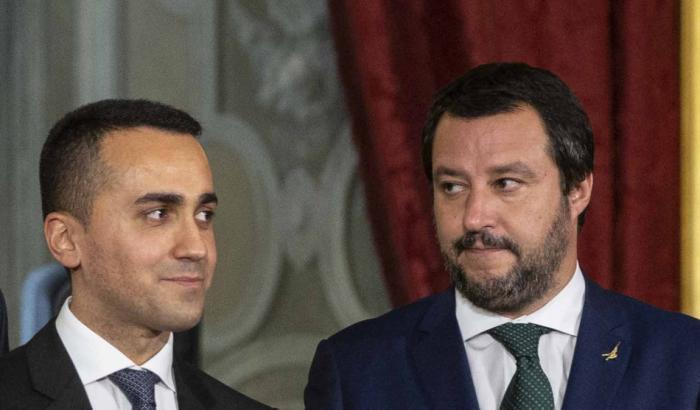 But the center-left held serve against the insurgent campaign of Matteo Salvini and his Lega-led coalition.

Emilia-Romagna is the birthplace of Italian Communism and has been a stronghold for the political left for decades. Even though Salvini et.al. failed to win the day this is a clear case of failing falling forward.

It’s a massive improvement for the center-right in Italy and will effect how the region is governed. But the big story here is Five Star.

It is also clear that Five Star is now in complete collapse as an opposition party, garnering only 3.5% in E-M and just 7.3% in Calabria.

Nationally, Five Star is now polling between 15-17%, flirting with political irrelevance if the numbers drop much lower than this. But, where will those voters go?

Five Star was born as an opposition party to entrenched and corrupt Italian political elites. It was decidedly Euroskeptic and it’s not handled the transition from outsider gadfly channeling voter frustration into an effective governing force at all.

Mattia Zulianello has a great article up on the London School of Economics and Political Science blog about how Five Star’s lack of internal cohesion has doomed it to an Icarus-like flight too close to the sun and crashing back down to earth while Salvini’s Lega continues to be a force capable of transforming Italian politics for a generation.

However, anti-system parties often eventually integrate into the system they previously opposed. This is especially true for populist parties as they are the ‘new normal‘ in European party systems and governments today. The integration and legitimation of populist parties can be a long or short process, according to the various incentives of the political system and electoral results, and is usually accompanied by a series of programmatic and organisational reforms.

The zenith of the integration of populist parties is represented by their eventual entry into national office. In many cases, populist parties are indeed able to survive office, and even to gain votes in subsequent elections. Italy’s Lega is a case in point. After a first disastrous experience in office (1994), the Lega, over time, benefited from a ‘learning process’. It now has a long record of government participation and dominates the Italian agenda. According to all the polls, the party led by Matteo Salvini is by far the strongest in the country today (estimated at 32%).

This is why Lega’s support in E-M has steadily risen over the course of the last three elections there and was nearly capable, in just a three-year time horizon to unseat the establishment there. Only a bitter fight driving massive turnout, nearly 59%, kept E-M from turning “blue.”

Previous elections saw turnout drop as low as 30%. Who turns up to vote when the outcome is predetermined?

Look at the results closely and you’ll see the thing disquieting the Italian plutocrats. Five Star and PD’s support dropped a combined twenty points. Not only is Five Star in freefall but it looks like PD may be as well. The next government in E-M will not take the voters for granted like they have been.

Lega and the Brothers of Italy scooped up the 7 seats in the government lost by PD, who no longer rule with a massive majority.

The results for Calabria were even worse. The Center-Left coalition lost more than thirty-two points over the 2014 election. And while that outcome wasn’t in doubt beforehand it shouldn’t be discounted either. Like Umbria’s election last fall, these results are telling everyone that big change is on Italy’s horizon.

The markets today are breathing a sigh of relief. Salvini has been beaten back for a bit. But for how long? Yes, the ruling coalition survives another day. Yes, it’s a little stronger than it was yesterday. But, Five Star as a party is in the early stages of collapse and the infighting among its high-ranking members will continue until such time as the coalition breaks.

Salvini was right back in August to dissolve the coalition. As Italy sinks economically and politically he is in the position to rally the populists, secure their support and gain support while the government takes all the blame.

And, as Zulianello suggests, since Lega is a properly constituted and functional organization, when it returns to government it will do so with a clear mandate and clearly-defined goals.

These are two things Five Star could never deliver on.

Join my Patreon for more fresh takes on the corners of the global political landscape.  Install and Use the Brave Browser to help ensure our continuing to be able to do so.