The war between chicken companies Popeye’s and Chick-Fil-A – most recently in the news for various fights and arguments in Popeye’s drive-thru lines – carries with it another negative consequence: the two companies are using up the world’s supply of little chickens.

Both companies use little chickens because the size of the quarter pound breasts fits perfectly inside of a bun.

A shortage of the little chickens was the cause of Popeye’s having to halt their challenge to Chick-Fil-A last summer. The supply is going to be further put to the test as McDonald’s is now also entering the fray, testing fried chicken sandwiches in four U.S. cities. Wendy’s is also spending $30 million to “beef up” its chicken supply chain. 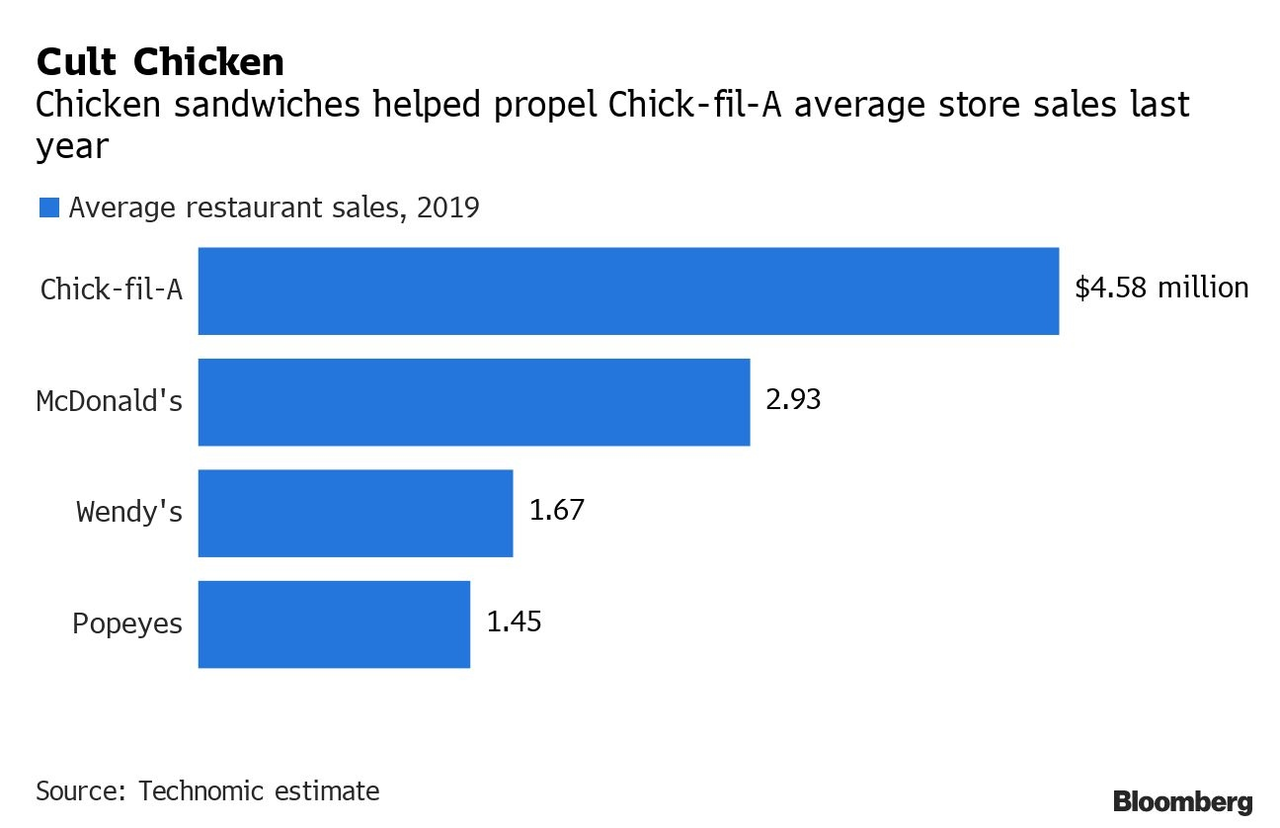 Chickens have been the most popular meat in the U.S. for a long time and more chicken is eaten in the U.S. than anywhere else in the world. The average person in the U.S. eats 93.5 pounds of chicken per year, according to the National Chicken Council (yes, apparently this is actually an organization).

Today’s chickens raised for meat average about 6 pounds, compared to the 2.5 pounds they weighed on average in 1925. But birds lighter than 4.25 pounds are the ones now in demand by restaurants in the chicken sandwich market.

David Maloni, executive vice-president of analytics at supply-chain consultant ArrowStream said: “It’s getting harder and harder to get that smaller bird, so they’re paying a premium. The fast-food chains won’t settle for bigger birds.”

Chick-Fil-A total sales were up 13% last year on the backbone of its flagship chicken sandwich, leading analysts to believe it poses “the largest competitive threat” to McDonald’s in the U.S.

Popeye’s said the demand for its chicken sandwich was so overwhelming last year that it went through several months of supply in just 14 days. The sandwich, which debuted in the summer, didn’t come back until November. In the 3rd quarter, it helped propel Popeye’s same store sales to rise 10%, the highest it has risen in decades.

McDonald’s and Wendy’s are now targeting the same success. In 2017, Wendy’s said it was cutting its average chicken size by 20%.

“We saw instant feedback from our customers, who told us our sandwiches across the entire chicken lineup were juicier and more tender,” said Liliana Esposito, chief communications officer for Wendy’s.

The demand has redlined production for suppliers.

Will Sawyer, an animal-protein economist at Colorado-based rural lender CoBank ACB said: “Whatever demand growth we might have on smaller breasts, there’s no new supply to meet that demand. Everyone wants a bite out of that market.”

“1917” Urges Us to Reject the Inevitability of War