“They All Knew!” – Chinese Furious At Virus-Fighting Officials Who Lied About Human Transmission

“They All Knew!” – Chinese Furious At Virus-Fighting Officials Who Lied About Human Transmission

For reasons that haven’t been shared with the public, the WHO has chosen to lavish praise on Beijing, insisting that travel to China isn’t dangerous even as more governments impose restrictions, and claiming that Beijing has been completely transparent and a ‘model’ for how countries should handle outbreaks like this.

When pressed by a reporter, Dr. Tedros, the director general of the WHO, replied that local authorities in Wuhan had been “very transparent” with the Chinese people by publishing up-to-date notices about new cases and deaths. First of all, many suspect that Beijing hasn’t been entirely truthful as far as these tallies are concerned. 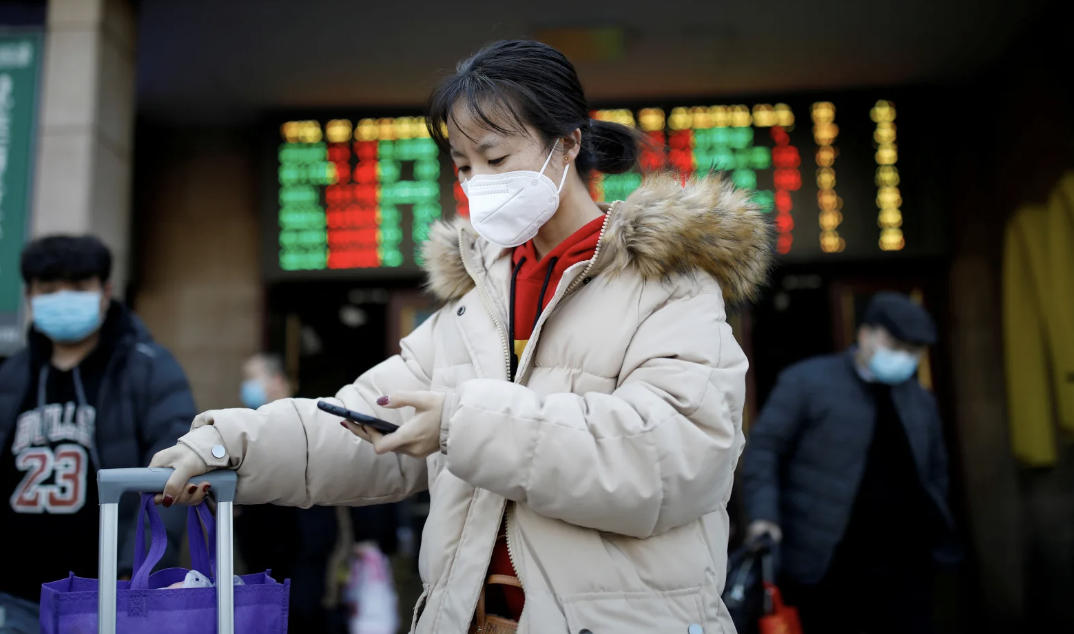 Second, it’s not so much about what Beijing told the Chinese people. Everybody knows the government censors anything that might reflect badly upon the Communist Party. So to claim that the government has been completely transparent with the people is almost disingenuous. Of course that’s not true. But the real issue is what they did and didn’t tell the international news media, and their international partners.

Now, a new study has exposed the Communist Party’s lies.

The research has once again moved back the timeline of when senior Chinese leaders knew about the outbreak in Wuhan, suggesting that they waited longer to act, and longer to inform the international community, than they had led the world to believe. The claim appeared in a top American medical journal.

The deadly new coronavirus from Wuhan was spreading from person to person as early as mid-December, weeks before China officially confirmed such transmission, government-funded Chinese researchers report in a top American medical journal.

The paper in the New England Journal of Medicine analyzes data on the first 425 confirmed cases in the central Chinese city of Wuhan, where the outbreak originated.

The findings sharply contrast with the accounts of Wuhan health authorities who had maintained until mid-January that there was “no clear evidence” that the virus could be passed among humans. Officials also claimed Jan. 11 that no health care workers had been infected.

But…but…but…the local authorities in Wuhan said they didn’t have evidence of person to person transmission until mid-January! That’s increasingly difficult to believe, seeing as the signs were clearly there after the first wave of patients was diagnosed and examined and interrogated.

Research suggests fewer than 60% of the early virus-carriers had been directly linked to the seafood market. The rest were associates, friends and relatives of the people who had. That, right there, is evidence of human-to-human transmission – and this was known as early as mid-December.

Some frustrated Chinese have chosen to defy censors and lash out on Chinese social media networks like Weibo.

Many of the paper’s authors work for the Chinese Center for Disease Control and local counterparts. Many were among the first batch of medical experts to have entered Wuhan for on-the-ground inspections, developing “a tailored surveillance protocol to identify potential cases” on Jan. 3.

“They all knew,” a user on the Weibo microblogging platform said. “They just didn’t say, but lied to us.”

“If only they could have told people earlier, we could have taken better preventive measures, and the virus would not have spread this fast,” another wrote.

There have even been reports of the government cremating bodies before they can be brought to a morgue and officially included with the statistics, helping to maintain the illusion that the mortality rate for the novel coronavirus outbreak is far below the rate for SARS at just 2%-3%. In reality, some have suggested the true mortality rate is closer to 11%, as thousands in dire need of treatment are confronted by shortages of supplies and doctors, even as Beijing sends legions of medical “personnel” (many of whom are likely just PLA soldiers) to Hubei.

Instead of embracing transparency, Beijing back in December arrested several researchers for “spreading false rumors” about the severity of the outbreak. Of course, their warnings have since been realized.

Some Weibo users have demanded that the authors of the paper expose whoever is responsible for this.

“I’m demanding an explanation from the paper’s authors,” wrote one Weibo user. “You clearly knew about people-to-people transmission three weeks earlier than the public, but did you do what you were supposed to do?”

The Ministry of Science and Technology issued a statement on Thursday urging researchers in the country to “not devote their efforts to writing essays before completing the task of combating the novel coronavirus.”

Some social media users in China pointed to another possibility.

“Perhaps the researchers did not have a way to share their findings, and publishing it in a scientific journal was their last resort to warn the public,” one WeChat user wrote on a group discussion.

In December, eight people were detained for “spreading false rumors” as they discussed the spread of a then-unknown coronavirus on the internet. The eight people were later identified as doctors working in Wuhan, which sparked a public outcry over government censorship.

When this is all said and done, we doubt the Chinese people will forget how their government lied not only to them, but to the world.