Countries that surround China have closed their border crossings and halted trade this week, air carriers across the world have also suspended flights to and from the country because of the novel coronavirus outbreak. Beijing has responded with outrage, by saying the measures enacted by the global community to limit the spread of the deadly virus goes way beyond standards accepted worldwide, reported R.T. News.

Chinese Foreign Minister Wang Yi told his Indian counterpart Subrahmanyam Jaishankar on Saturday that “we have adopted the most comprehensive and strictest prevention and control measures, and many of them go far beyond the requirements of the International Health Regulation.”

“China’s efforts are [aimed at] not only protecting the health of its own people but also safeguarding the health of people worldwide. Governments and the World Health Organization (WHO) have given full recognition to this,” Wang said. 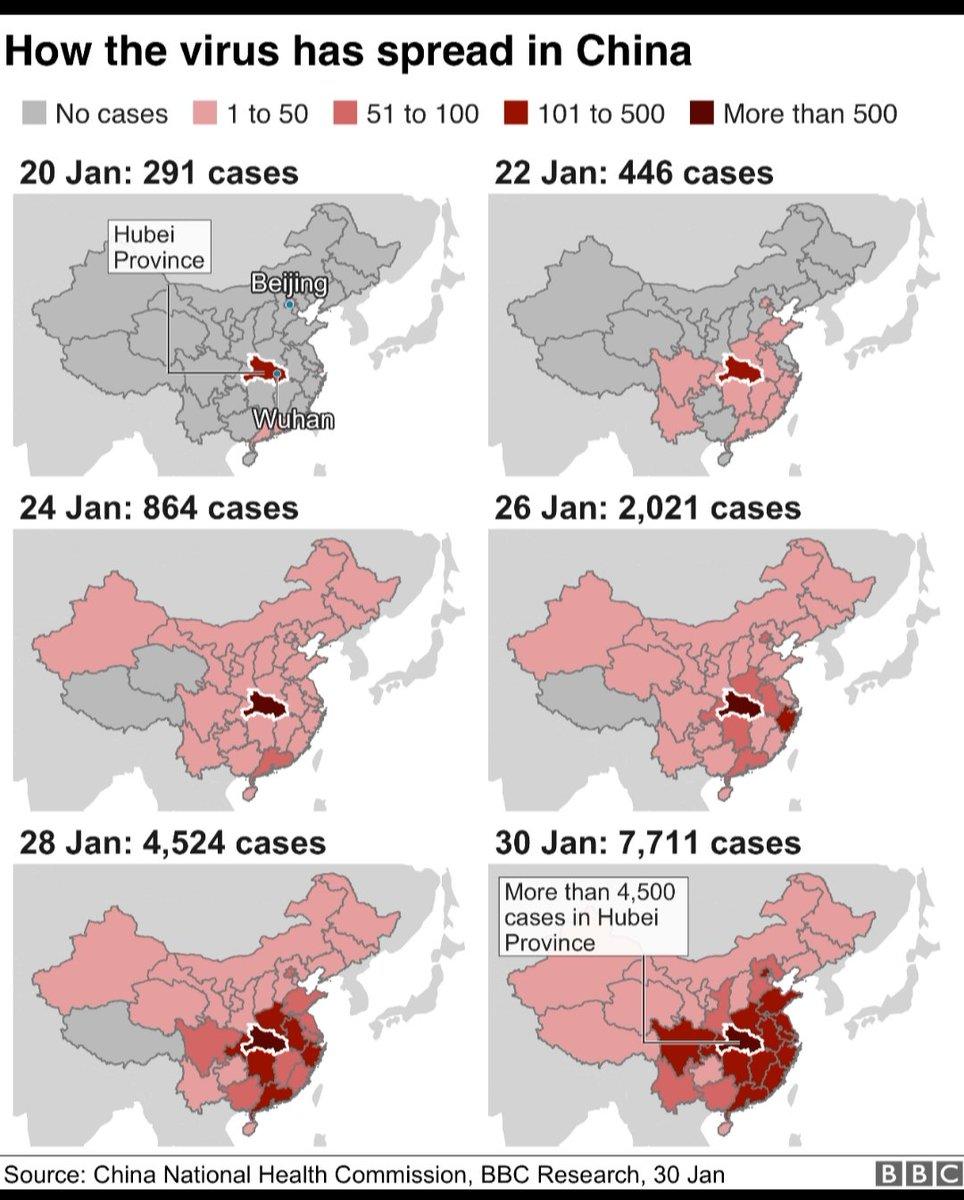 The minister also said that Beijing “does not agree with the approach adopted by individual countries to create tension or even panic” by closing borders, trade, and flights to and from China.

He pointed out that the WHO “did not approve of travel or trade restrictions on China.”

For anyone who didn’t listen to officials at Thursday’s emergency conference, it sounded like they were reading a script from Beijing, with consistent praises of the Chinese regime for their efforts in “containing” coronavirus.

WHO officials during the meeting also emphasized that global flights, borders, and trade must remain open with China, again it sounds like these officials were widely pressured by Beijing to keep the global economy open for business despite the known fact of a deadly virus outbreak.

#Coronavirus outbreak across the world

Hua said Trump’s order to limit travel to and from China to the U.S. contradicted the WHO’s request to avoid travel bans.

“Just as the WHO recommended against travel restrictions, the U.S. rushed to go in the opposite way. Certainly not a gesture of goodwill,” he said.

The decision by the U.S. to restrict travel to China was followed by Japan, Germany, Britain, Hong Kong, Macao, Russia, North Korea, Australia, Thailand, Singapore, South Korea, and others, to name a few.

Airline carriers across the world also closed direct and indirect flights to China.

On Friday, Delta Airlines, American Airlines, and United Airlines said they were suspending flights to much of China.

List of airlines suspending flights to china due to #coronavirus pic.twitter.com/AiTns9Opvm

China’s anger towards the world for closing borders, trade, and flights as a “devil virus” persists, is likely driven by the fact that its economy could implode if the shutdown is prolonged.

Why a Free Society Cannot Transform Wishes into Rights

How AI Is Catching People Cheating On Diets, School Work And Job Interviews