What we really need to know about the coronavirus is how it will affect us as individuals. The picture presented by governments is sketchy at best. Driven by agendas such as preventing panic and spinning the ramifications to lessen their toll on financial markets has made what they say unreliable.

The big issue facing all of us is what to expect and how to prepare.

Below is a list of five crucial issues before us.

It has become obvious this virus is very easy to contract, one well-respected expert predicted early on that 60 to 80 percent of people would get it before it ran its course. A week ago The Atlantic reported that according to Harvard epidemiology professor Marc Lipsitch, the coronavirus “will ultimately not be containable.” His number is only slightly less comfortable,

“Lipsitch predicts that, within the coming year, some 40 to 70 percent of people around the world will be infected with the virus that causes COVID-19.”

The professor went on to say this doesn’t mean all of those victims will become seriously ill and that “many will have mild disease, or may be asymptomatic.”

This reinforces what is being reported out of Daegu, South Korea where around 1900 Shincheonji Church members have been tested for coronavirus. 1300 had symptoms & 600 did not. Among those 1331 with symptoms, 87.5% were confirmed with the virus but just as troubling is that of those without symptoms, 70% were confirmed with coronavirus. In short, 420 tested positive but asymptomatic and 1,131 tested positive and symptomatic. This means 1,551 infected out of roughly 1900 plays out to an infection rate of 81%.

I’m not panicked but rather have resolved myself to the fact we are living in a world that may never be the same if this virus is as mean as it appears. Our lifestyles were already facing some rapid social adjustments but concerns of being stalked by such a virus are unsettling, to say the least. It does not help that our government has appeared to make an effort to mask the danger of the coronavirus from the American people not to avert panic but to protect the all-important stock market rally. Thus far many Americans are unaware of or under the impression, we have little to fear from this virus. This attempt to deny the threat raises the question of whether economic and political concerns are pushing common sense aside.

On another site a commentator wrote; Indications are that it generally takes a few weeks for the coronavirus to overwhelm someone and lead to death. If it does, which for many it does not, this implies that when we see deaths, those people have had the virus for weeks. If you don’t get better after two weeks you may eventually find yourself drowning in your own body fluids quarantined in a hospital. If you do get well after viral pneumonia, the virus most likely has permanently damaged your lungs and might just be hiding there in your respiratory cells, waiting to revisit, maybe more than once. If it returns your survival is even less likely.

This virus is particularly dangerous because, as noted, it may cause no symptoms at all in many carriers of the infection. This has lead to stringent measures being taken both inside and outside of China to stop its spread. In Italy people are being prevented from leaving towns, one wonders how severe the panic will be as this spreads across the globe. Store shelves in some areas are already beginning to empty as those most informed begin to plan ahead and take precautions that they may find themselves in a similar situation. 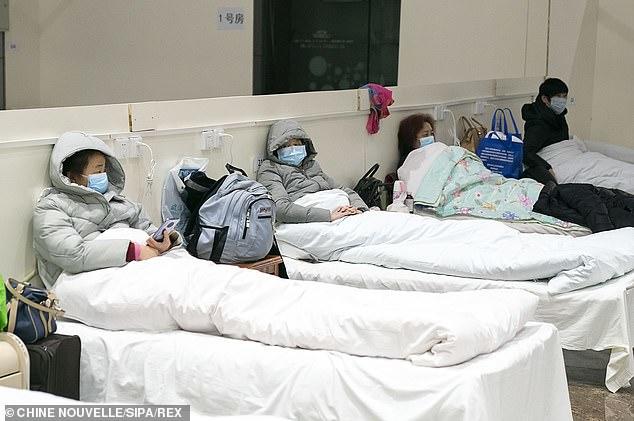 Not Enough Bed- You Don’t Want This!

We do know there are not enough beds to treat all those who react badly to the virus and require intense hospital care and some of these people will still die. The bill for such care will be massive and taxpayers will get stuck with much of it. It appears the best and only way to initially treat this virus is to treat it like the flu and hope for the best. Rest and keeping up your fluid intake is crucial. A big problem with getting good information about how fast this virus is spreading comes from the fact we simply don’t know, how long a person should be quarantined and how long the virus can live on different surfaces is still being debated.

Slow-moving incompetent overpaid bureaucrats within governments with strong agendas generate and control both the data and the narrative. Whether the goal of a government is to limit panic, deflect criticism from its failings, or simply generate the impression they have control of the situation we pay the price. The fact is, the long latency period before someone shows symptoms makes it is quite possible for someone to be carrying the virus but show no signs whatever when they arrive at the airport and pass through minor screening.

As to the long and short term economic consequences of this outbreak, it is difficult to say. Certain sectors of the economy will without a doubt take it squarely on the chin. Business involved in things where people gather or move about are in peril. Also, the disruption of production and deliveries will have a massive effect on business. Many small businesses without the financial resources to absorb losses and whether this storm will fail thus intensifying the downturn and exacerbate inequality. Companies will look at ways to shorten or reduce the weaknesses in their supply chains. This will have long-term consequences.