Yesterday, when showing the sudden spike in the FRA/OIS spread – a key gauge of banking-sector risk which measures dollar shortages – we warned that liquidity in the market is virtually nil quoting a host of traders who confirmed that it was next to impossible to trade without disruptions, while more ominously, the interbank plumbing appeared to be getting clogged up agian. 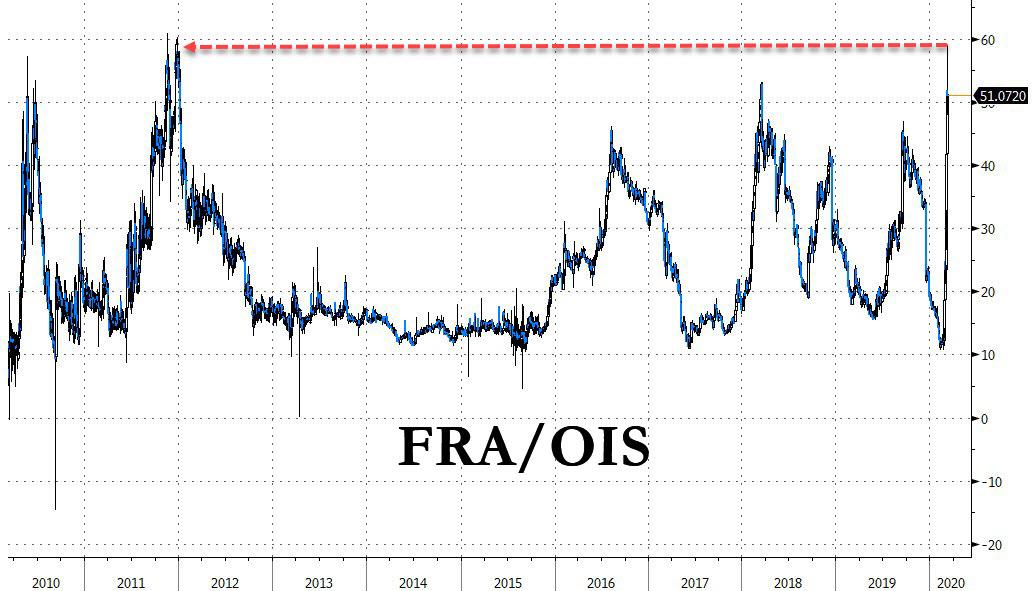 Moments ago we got confirmation when the Fed reported that one day after it expanded its repo operations, there was a record demand for Fed liquidity in both the term and repo operations.

With the term repo expanded from $20BN to $45BN and the overnight repo ceiling also raised from $100 to $150BN, moments ago the Fed announced that it had received the most liquidity demand on record, as Dealers indicated some $93BN in term repo submissions (which thanks to the expanded facility size meant that the oversubscription dropped from a record 3.6x to 2.1x)… 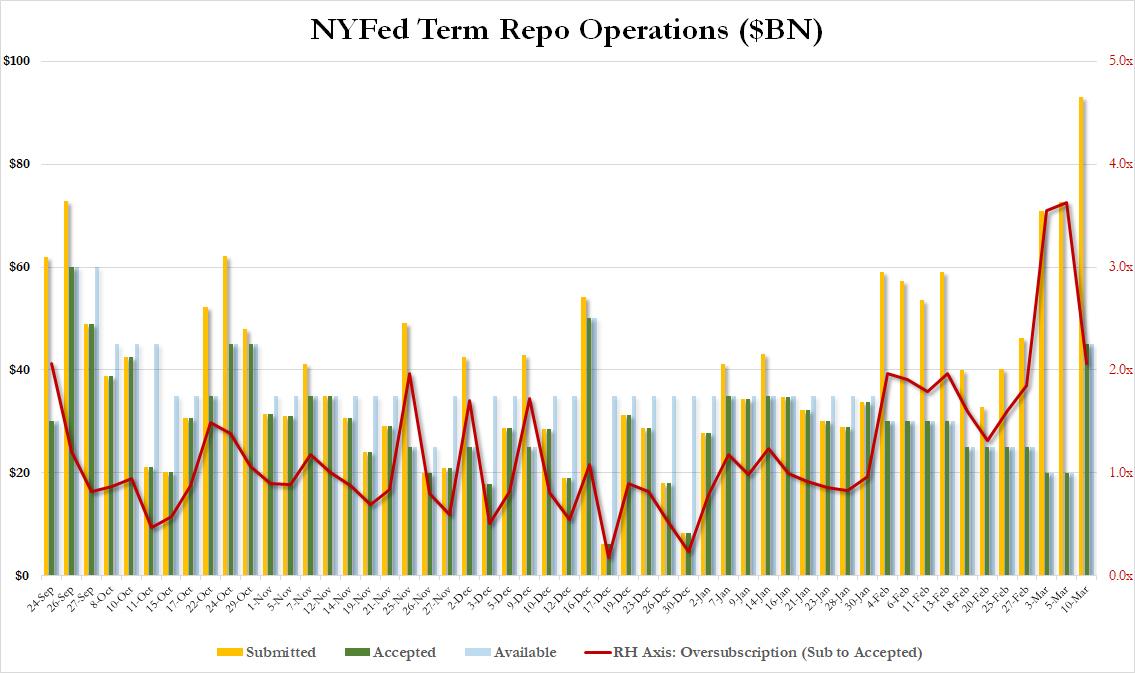 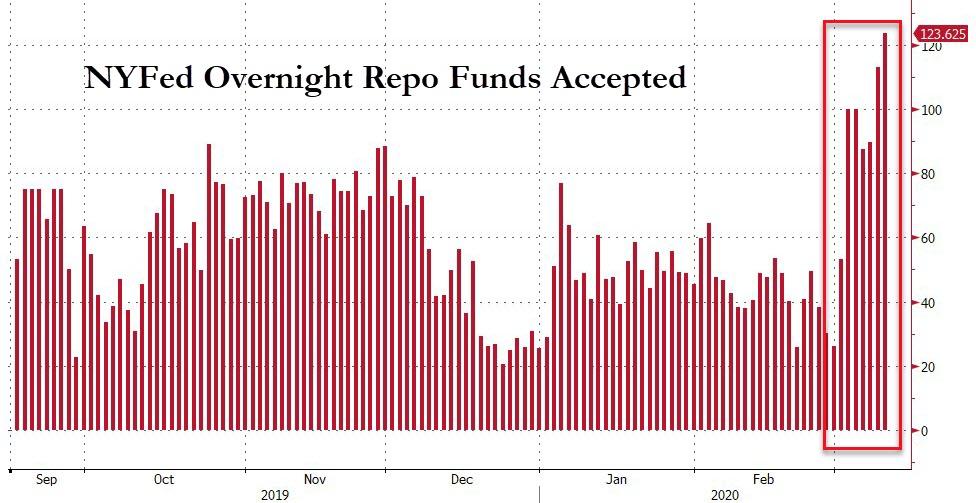 … for a total of $216BN in indicated liquidity. Of this, $168BN in liquidity was released between the overnight and fully-alloted $45BN term repo facility. 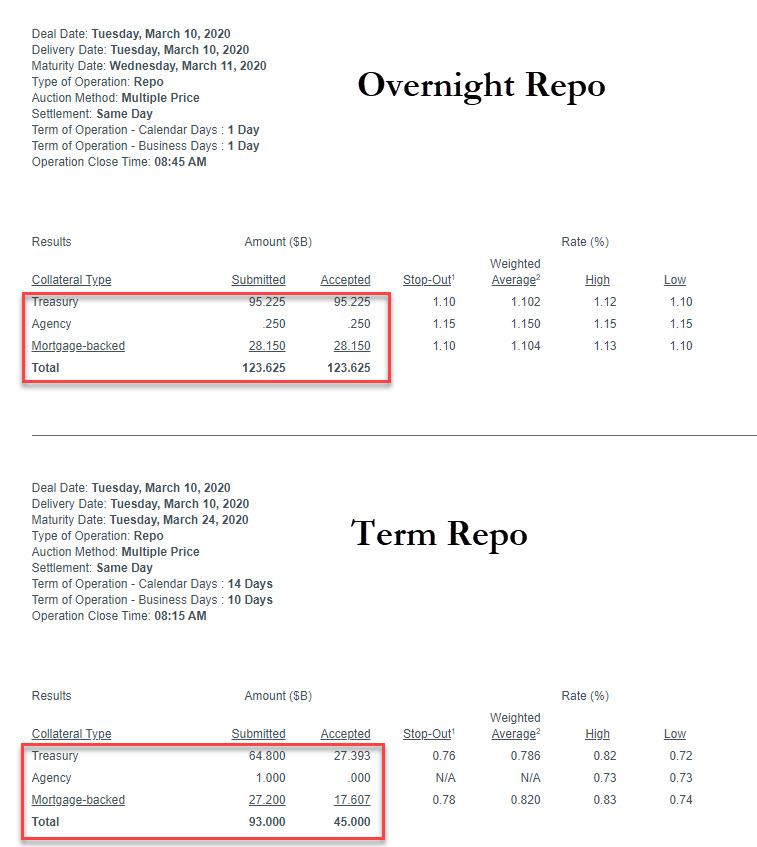 As we pointed out last week, this continuing liquidity crunch is not only bizarre, but increasingly concerning, as it means that not only did the rate cut not unlock additional funding, it actually made the problem worse, and now banks and dealers are telegraphing that they need not only more repo buffer but likely an expansion of QE… which will come soon enough, once the Fed funds hits 0% in a few days and is forced to restart bond buying to prevent the next crash.

Will that be enough to stabilize the market? We don’t know, but in light of the imminent corona-recession, on Tuesday Credit Suisse’s Zoltan Pozsar repo guru published a lengthy piece whose conclusion – at least on the liquidity front – is that the Fed should “combine rate cuts with open liquidity lines that include a pledge to use the swap lines, an uncapped repo facility and QE if necessary.“

In short, a liquidity avalanche is coming to prevent a market crash. It’s only a matter of time.