Well at least our satanic overlords have a sense of humor. 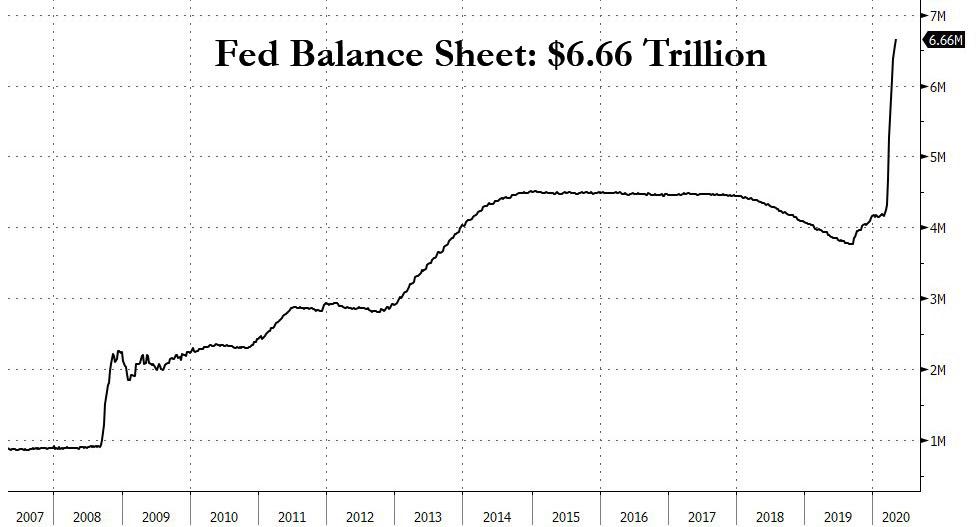 Whether one uses the rounded or unrounded number, the Fed’s balance sheet has increased by $2.5 trillion in the past two months, and continues to grow as per the following schedule, which sees the Fed purchasing on average $10BN per day in Treasurys and $8BN in MBS, which while still staggering is a fraction of the $125BN the Fed was buying in late March. 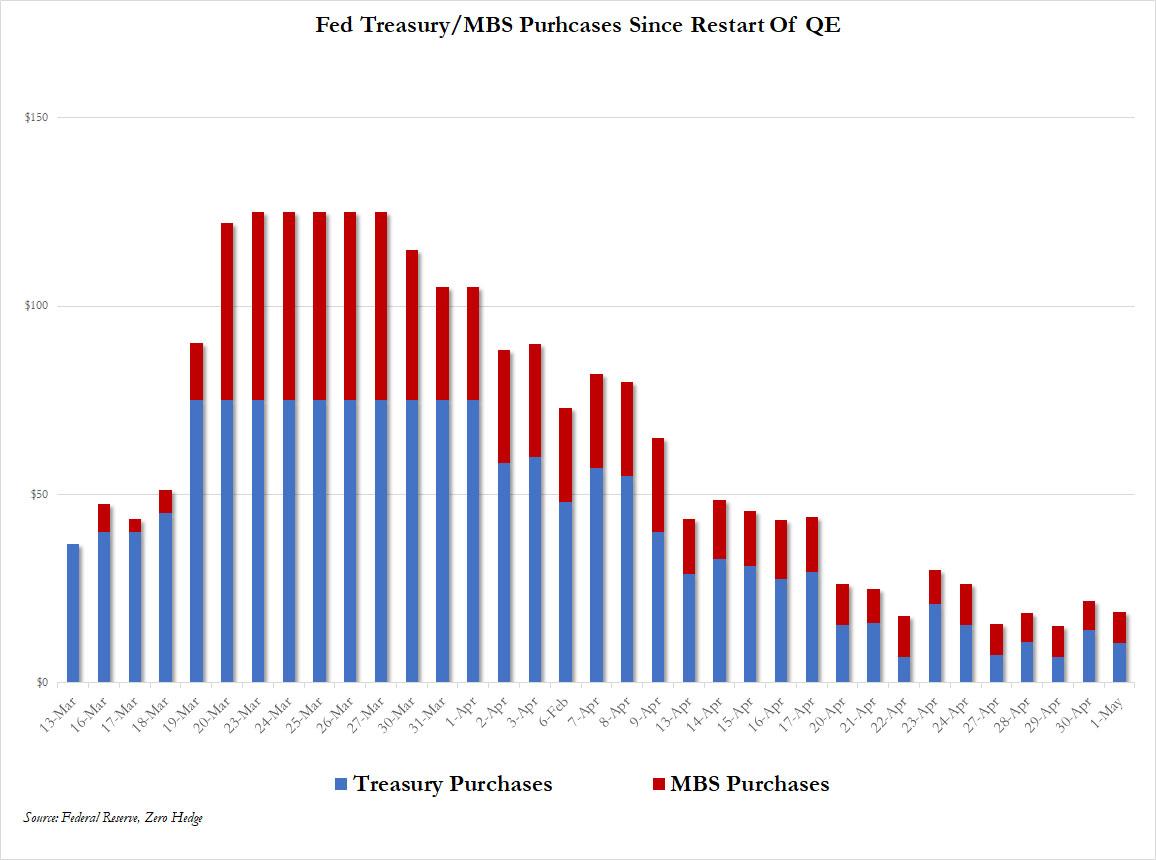 Some other observations: according to the latest H.4.1 report, there was a total of $121 billion in borrowings on the Fed’s emergency bailout/alphabet soup facilities – which are separate from QE – of which the largest was the money market mutual fund facility, which had $47.5BN outstanding, followed by the Primary Dealer credit facility with $28.6BN, both of which were down over $2BN on the week. The Discount Window also saw a modest decline in use, shrinking by $3.7BN to $31.3BN as of April 29, and the only facility that actually increased was the Fed’s holdings under the Paycheck Protection Program facility as it appears that banks turned around and resold the loans they made to small businesses, to the Fed almost immediately. 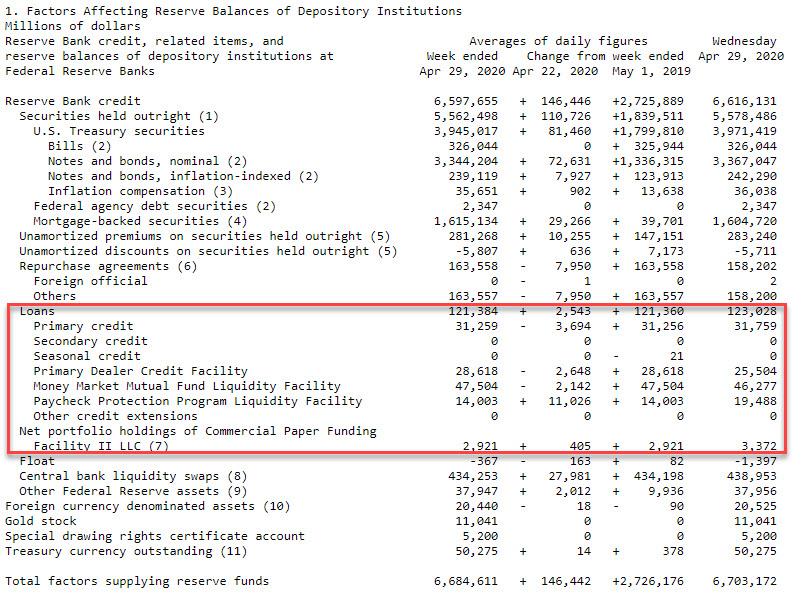 Silver Soars As Nasdaq Underperforms Most Since 2009

Why the US Wants to Lower Germans’ Real Wages