Authored by Bradley Thomas via The Mises Institute,

“How many lives are you willing to sacrifice to prevent one coronavirus death?”

Thomas Sowell has repeatedly written that in a world of scarcity there are no solutions, only tradeoffs. The lockdown debate has thus far focused on that tradeoff as one between saving lives versus a temporary blip in the economy.

As Tom Woods wrote recently, “We heard it from Andrew Cuomo, governor of New York, and plenty of people since then: if we save even one life with all these draconian measures, it will have been worthwhile.”

But there’s so much more to it than that.

The lockdown itself is costing lives, perhaps more so than the virus itself. 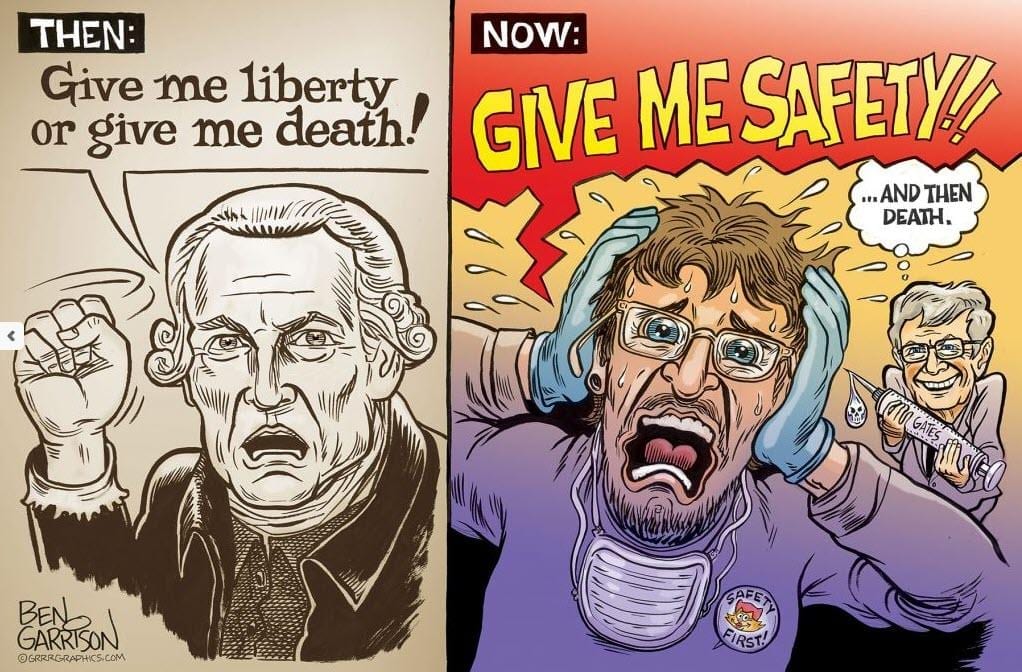 Opponents of the lockdowns do themselves a disservice in focusing almost exclusively on the importance of “reopening the economy,” as if financial self-interest were the only reason to lift stay-at-home orders and risk an acceleration of COVID-19 spread and deaths.

“The focus on saving ‘just one life’ from the coronavirus, as Cuomo put it in March, to the exclusion of all other considerations likely will prove a catastrophic failure of policymaking.”

“The devastation to individuals’ ability to flourish or even survive may soon become irreversible,” she added.

Indeed, the lockdown itself poses significant health risks of its own, including countless deaths. The public has been bombarded with constantly changing models purporting to show the massive amount of coronavirus hospitalizations and deaths that will ensure should lockdown restrictions be lifted.

But where are the models projecting the deaths and suffering resulting from the lockdown itself? Why are our rulers so intent upon keeping those tradeoffs from entering the public debate over the lockdown?

Research has clearly shown a positive correlation between increased unemployment and suicide rates. A study published by The Lancet found that “the relative risk of suicide associated with unemployment was elevated by about 20–30%” in their study period.

The study further attributed roughly forty-five thousand suicides per year worldwide to the mental and psychological toll of unemployment.

The hope for many laid-off workers is that their unemployment will be temporary, but there remains great uncertainty about just how long this will last. The longer this economic shutdown and its consequences last, the more suicides there will be.

And in a very bitter case of irony, the anxiety and stress caused by the reaction to fight the spread of the coronavirus can actually weaken the immune system and make people more vulnerable to contagion. As reported at Healthline.com:

But if you repeatedly feel anxious and stressed or it lasts a long time, your body never gets the signal to return to normal functioning. This can weaken your immune system, leaving you more vulnerable to viral infections and frequent illnesses. Also, your regular vaccines may not work as well if you have anxiety.

Also accompanying the global economic crisis triggered by the coronavirus lockdowns will be mass starvation. Although the US will suffer increased deaths from the economic hardships, the pain felt globally will be far more severe.

An April 16 Reuters article highlighted a UN report warning that

economic hardship experienced by families as a result of the global economic downturn could result in hundreds of thousands of additional child deaths in 2020, reversing the last 2 to 3 years of progress in reducing infant mortality within a single year.

Warning of a “pandemic of starvation, illiteracy and poverty” resulting from the government lockdowns, this April 22 New York Times article noted that in third world nations, “Polio eradication campaigns are being suspended. The same is true of vitamin A distribution, which saves children’s lives and prevents blindness. School feeding programs have often been shut down along with schools.”

In Bangladesh, the article noted a survey that found that “Four in 10 respondents had three days’ worth of food at home or less.”

The mass hysteria and panic is also leading many people with serious health issues to dangerously avoid hospitals because of unwarranted fear of infection. Such avoidance can lead to serious and sometimes irreversible illnesses that were entirely preventable.

Moreover, as a Stanford doctor wrote in this article in The Hill, “People are dying because other medical care is not getting done due to hypothetical projections.”

“Most states and many hospitals abruptly stopped ‘nonessential’ procedures and surgery,” the doctor wrote. “That prevented diagnoses of life-threatening diseases, like cancer screening, biopsies of tumors now undiscovered and potentially deadly brain aneurysms.”

“Cancer patients deferred chemotherapy. An estimated 80 percent of brain surgery cases were skipped. Acute stroke and heart attack patients missed their only chances for treatment, some dying and many now facing permanent disability,” he continued.

Tom Woods further pointed out an article in the UK’s Sunday Express that concluded that “increased cancer fatalities will result from the redeployment of health resources caused by COVID hysteria.”

According to Richard Sullivan, a professor of cancer and global health at King’s College London and director of its Institute of Cancer Policy, “The number of deaths due to the disruption of cancer services is likely to outweigh the number of deaths from the coronavirus itself.”

The government’s response to the threat of the coronavirus has been unprecedented. The question of whether or not the response has been warranted has boiled down to saving lives versus “restarting” the economy. Many opponents of the near universal lockdowns have been accused of wanting people to die just to save a few points in their Wall Street portfolios.

The lockdown is costing lives. A lot of them. The economic fallout will cause more waves of deaths, especially among poorer nations. Preventable deaths and health problems are spiking, because scarce medical resources are being reserved for predicted waves of COVID-19 cases that largely aren’t materializing.

In a recent tweet, libertarian podcaster and comedian Dave Smith posed the question that needs to be asked but is thus far being ignored:

Sadly, it’s beginning to look more and more like our rulers don’t even want to publicly acknowledge these tradeoffs, or that they ever will.

Nothing in life is free; there are always tradeoffs. That includes the coronavirus lockdown. Saving “just one life” from the coronavirus is not costless. Unfortunately, the true nature of these costs is being ignored and reduced to mere temporary economic inconvenience.

As Woods concluded, “It isn’t just that we want to go out and get a haircut, as these geniuses keep saying. It’s that we’re against destruction.”