Airlines aren’t the only sector that Warren Buffett notoriously dumped in April, ahead of the Berkshire Hathaway annual meeting.

According to the just filed Berkshire 13F, in the first quarter when the conglomerate’s equity holdings took a record hit of $66.5 billion, as the value of Berkshire’s disclosed equity positions tumbled from $242BN as of Dec 31, to $175.5BN on March 31, Buffett also sold the bulk, or 84%, of his Goldman Sachs stake – formerly a top 20 position for Berkshire – selling 10 million shares of what at Dec 31 was a 12 million position, while trimming 3% of his stake in JPMorgan (from 59.5MM to 57.7MM shares).

Buffett’s sale of Goldman, which at one point plunged as much as 33% in the first quarter, was uncharacteristic for an investor who not only has been a big investor in banks in the past (selling, if anything, to keep the stakes below the 10% “active investor” level scrutinized by regulators), but also represents a U-turn from a company that Berkshire bailed out during the financial crisis with a costly $5 billion investment in the form of perpetual preferred stock that carried a 10% dividend.

This time, however, instead of “Buying American”, as Buffett famously declared in his Oct 16, 2008 NYT Op-ed, Buffett has been quietly selling.

Besides cutting his position in Goldman and JPMorgan, Buffett also liquidated his stakes in Travelers and Phillips 66, a tiny stub of a holding that had been valued at more than $25 million at the end of the year.

Separately, Buffett also trimmed his positions in Davita (1%), Verisign (1%), Amazon (0.7%), GM (0.7%) and several other companies as shown in the table below. The only position increases in the quarter were in Delta airlines, where he added 1.3% to 71.9 million shares only to dump it all a few weeks later, and PNC Financial, just week before the bank decided to liquidate its entire 20% stake in Blackrock.

As a reminder, on May 3, Buffett announced that Berkshire had fully exited its stake in the 4 major US airlines, admitting he had made a mistake. 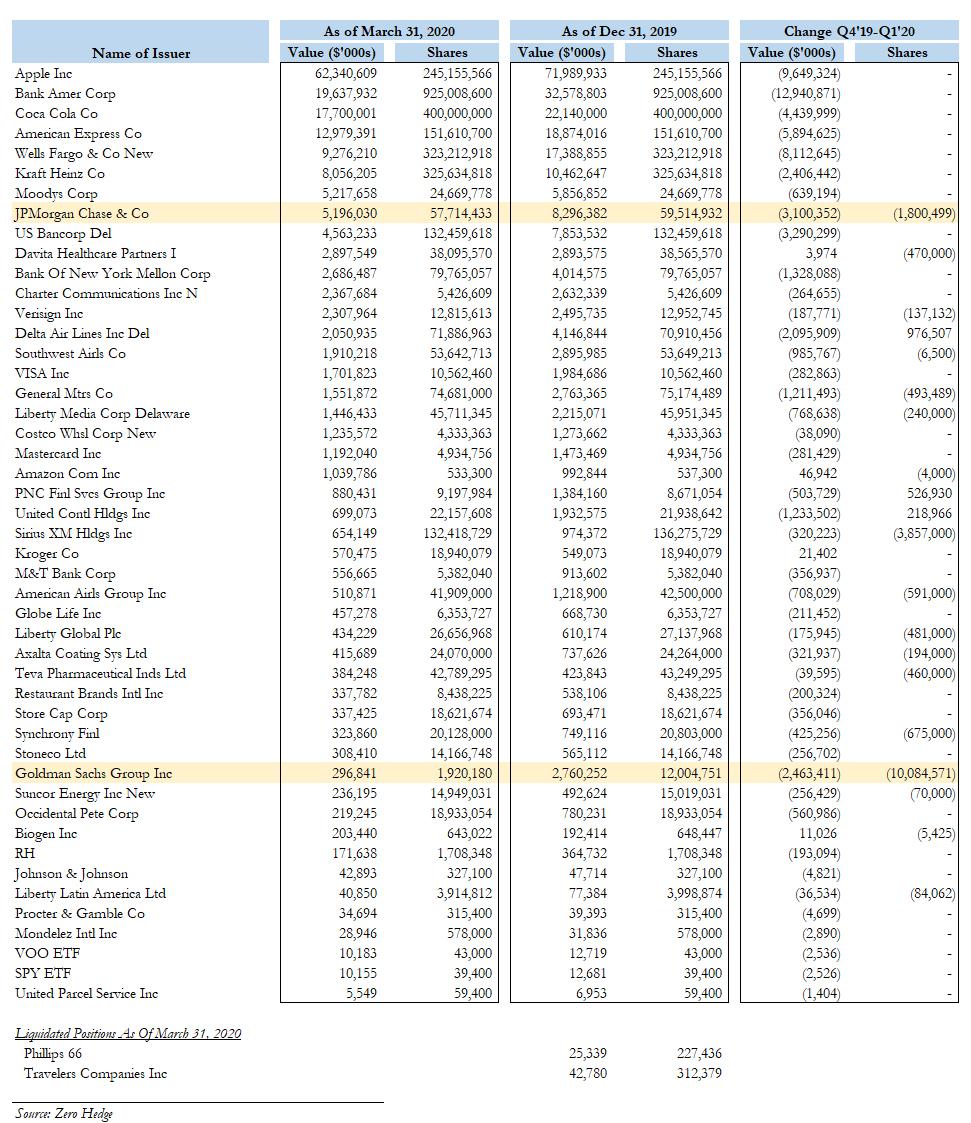