Since President Trump fired the first volley in the US-China trade war two years ago, tensions between the US and China have intensified to unprecedented levels, and the prospect of an armed confrontation between the world’s two largest military and economic powers is becoming a tail risk worth considering, according to Wall Street luminaries like David Tepper.

Around that time, the State Department launched a quiet campaign to pressure America’s allies, including the UK, Germany and Australia, to prohibit parts made by telecoms giant Huawei in their 5G networks, as evidence of “backdoors” in other Huawei products, and Chinese companies are often required to cooperate with state intelligence agencies. For what it’s worth, Huawei has persistently denied cooperating with Beijing, and has offered to sign a “no spying” pledge. When the UK decided to allow some Huawei equipment in certain “non-essential” parts of the UK 5G network, he received a dressing-down from Trump.

Since the advent of the coronavirus, these tensions have flared to such a degree that one analyst predicted that the post-COVID-19 era would be characterized by a “super-cold war” with China. And in a report published by the Jerusalem Post on Wednesday, the paper sheds light on the behind-the-scenes pressure campaign by US Ambassador David Friedman and the State Department to push Israel and PM Benjamin Netanyahu to cut more economic ties with China, particularly ties related to ‘critical’ industries like tech and biotech.

Specifically, the US wants Israel to establish a “more comprehensive” review of incoming Chinese investment, particularly in these industries. But it’s not just new deals that the US is concerned with; rather, an anonymous official told an Israeli diplomat that they would like to see Israel “go further” with a “reduction of entanglements overall”.

Asked whether the establishment of an Israeli version of the Committee on Foreign Investment in the United States (CFIUS) would satisfy the US, the official said: “I’d go further. Reduction of entanglements overall. Elimination in critical areas altogether.”

“A CFIUS-type mechanism is a good start,” he added.

As Secretary of Defense Mike Pompeo has done in the past, the official emphasized that “this is not exclusive to Israel. We’re having similar conversations with all of our allies and partners.”

For those who aren’t familiar with CFIUS – aka the Committee on Foreign Investment in the US – it’s an agency within the Department of Commerce that has the power to block deals involving foreign entities if it rules that the deal would create risks to national security. It was briefly in the news last year when it struck down a deal for a Chinese company to buy the queer dating app Grindr.

News of the pressure campaign probably isn’t a surprise for anybody monitoring the bilateral relationship, as the quote above noted, Secretary of State Mike Pompeo has openly encouraged US partners – particularly members of the ‘Five Eyes’ intelligence alliance – to scrutinize all ties with China for national security risks. 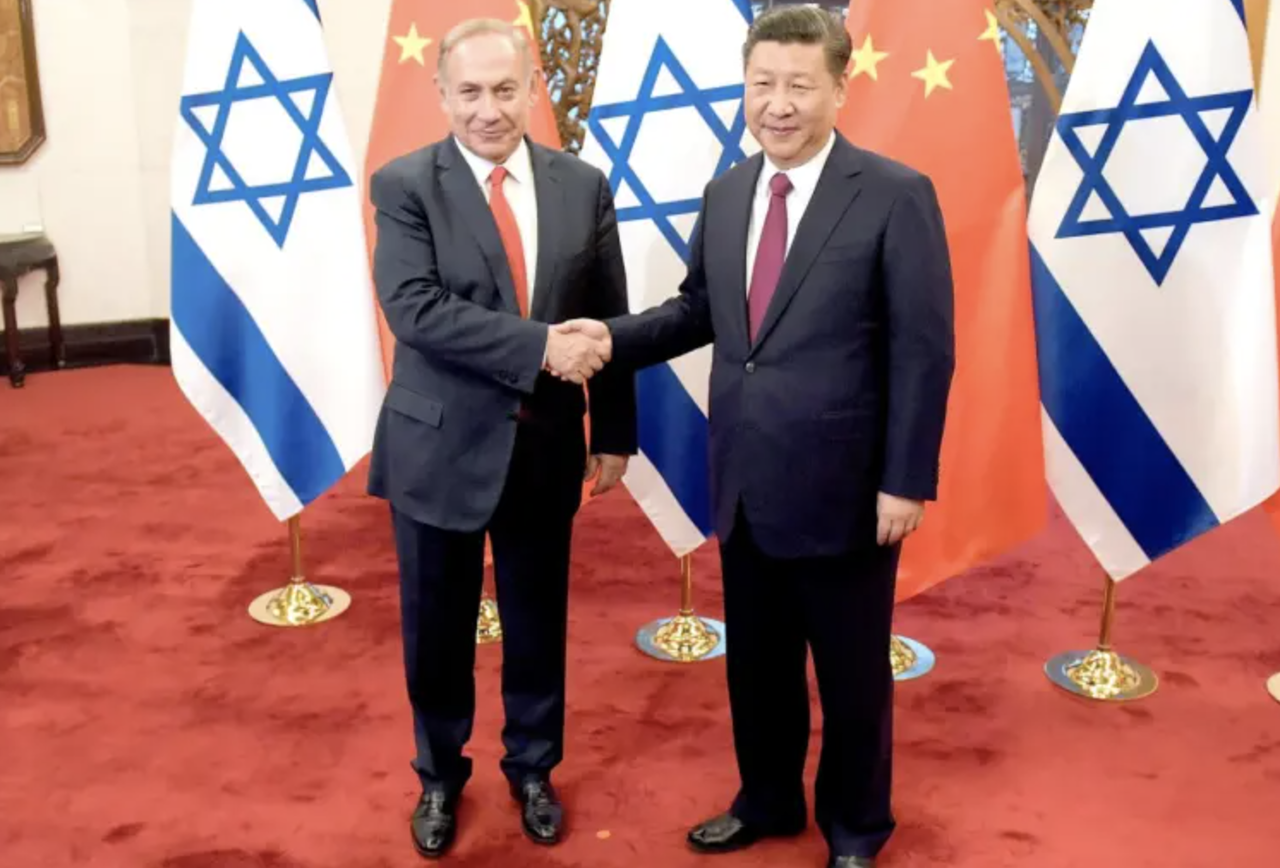 And from here on out, if Israel values its special relationship with the US, it must be prepared to take “concrete action” to reduce its ties with China.

The Trump administration official said that Israel must be prepared to take concrete action to reduce its ties with China.
“I don’t think polite deflection will cut it anymore,” he stated. “This is a high priority for the US.”

In past meetings on the matter, “the Israeli side has politely acknowledged our concerns without committing to action,” the official based in the US recounted.

Multiple US government sources denied knowledge of an Israeli request for indemnity from the US in exchange for reducing trade ties. Army Radio reported on Tuesday that US officials declined the request, but still expect Israel to be on their side in their standoff with China.

The inspiration this ‘trial balloon’ report is hinted at toward the bottom of the article, where a recent measure adopted by Netanyahu’s office is mentioned. It’s a transparent half-measure clearly intended to placate the US with a headline, while accomplishing little of substance.

The US has repeatedly and publicly asked Israel to make its system of regulating foreign investments more comprehensive. The Prime Minister’s Office established an advisory committee on the matter last month, but its recommendations are nonbinding and regulators are not required to bring investments before the panel. In addition, investments in technology are outside its narrow mandate.

China is Israel’s third-largest trading partner, and trade between the countries grew by 402% in the past decade, reaching about $14 billion in 2018.

One industry that the US has fingered as particularly sensitive is technology, so much so that the US has been eyeing Chinese-Israeli joint academic research in the field, the source confirmed.

The US is especially concerned with the billions of dollars Chinese companies have invested in Israeli technologies that Israel has classified as commercial, but could be used by Chinese intelligence, like artificial intelligence, satellite communications and cybersecurity. Some of the technology companies investing in Israel, like Huawei and ZTE, are known to sell products with security vulnerabilities.

And while China might be the UK’s No. 3 trading partner, the No.1 and No. 2 spots are occupied by the US and its close ally, Great Britain.

To satisfy the US’s request, Israel must create a mechanism to crack down on Chinese investment in three areas, including tech…

The US is especially concerned with the billions of dollars Chinese companies have invested in Israeli technologies that Israel has classified as commercial, but could be used by Chinese intelligence, like artificial intelligence, satellite communications and cybersecurity. Some of the technology companies investing in Israel, like Huawei and ZTE, are known to sell products with security vulnerabilities.

Another one of the “critical areas,” as the official called it, that the US has pointed out to Israel is Chinese companies’ involvement in major infrastructure projects in Israel in recent years, because of the ability of Chinese operatives to gather intelligence while working on them and the massive economic, social and environmental losses, and even casualties, that could be inflicted if that infrastructure is damaged.

The best-known project of this kind is a new terminal, partially constructed and to be operated by a Chinese company next year, in the Haifa Port, where the US Navy’s sixth fleet docks at least once a year. There has also been increased attention paid to Sorek 2, planned to be the world’s largest desalination plant. Hutchison Water International, a subsidiary of a Hong Kong-based company, is one of the two finalists for the tender to operate the plant, and following US pressure Prime Minister Benjamin Netanyahu ordered Israel’s committee on foreign investments to reassess the tender.

…and – last but not least – biotech (since Beijing has shown a willingness to hoard critical supplies and medicines).

The biomedical field is also likely to be a sensitive one in the aftermath of the coronavirus crisis. A report by the RAND think tank found over $1 billion in Chinese investments in the Israeli health and biomedical sectors in 2013-2018. CFIUS monitors these kinds of investments in the US, and the EU instructed its members in April to be more cautious about foreign investments in public health companies.

But with Benjamin Netanyahu’s criminal trial in Tel Aviv just days after he swore in his fourth-consecutive Likud-led government (following the third election in a year), we suspect the PM will be preoccupied with domestic affairs for the next few months, if not longer, creating a vital opening for China.

The Rush To A Cashless Society Only Serves Globalist Interests

Kunstler: The War Of The Narratives