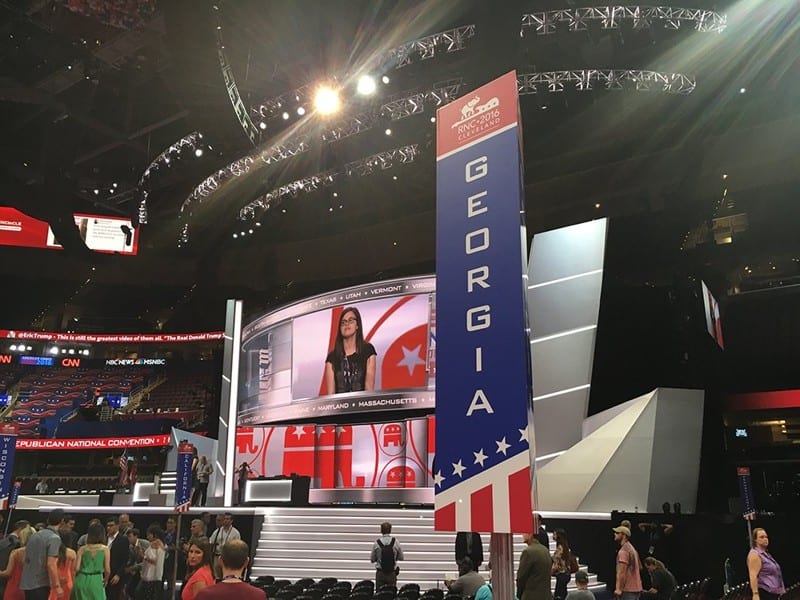 Over the weekend, U.S. Rep. Justin Amash of Michigan decided that he wouldn’t make a run for president under the Libertarian Party banner after all.

Last July, Amash abandoned the Republican party over its uncritical support for Donald Trump, later joining with Democrats and casting a vote to impeach the president. He proclaimed himself a Libertarian in April, even as he announced the formation of a committee to explore his presidential possibilities.

But on Saturday, via Twitter, Amash decided against a third-party run. “Polarization is near an all-time high. Electoral success requires an audience willing to consider alternatives,” he wrote.

If Nativo is enabled and story is not ‘short,’ display Nativo-MOAP

Amash was the party’s best bet to make a loud noise in November. There is still a reason to keep an eye on Libertarians as they pick their presidential nominee this weekend. But many will consider the “how” to be more important than the “who.”

The pandemic has forced the Libertarian nominating convention into cyberspace — something that Republicans and Democrats alike might find themselves mimicking if the coronavirus doesn’t abate by mid-August. That’s when Democrats are scheduled to gather in Milwaukee, followed by Republicans in Charlotte.

On Friday evening and Saturday morning, 1,045 Libertarian delegates will become the first 50-state, national party to select their nominees for U.S. president and vice president via Zoom, one of several video chat services that have risen up to serve as a substitute for face-to-face contact.

If multiple trial runs posted on YouTube are any measure, the two-day convention will be void of any red-white-and-blue bunting, confetti, noisemakers, and stage harangues. Instead, participants will be using their inside voices. Even if some won’t be able to find their “mute” buttons.

A thousand living rooms, dining rooms and bedrooms – kempt and unkempt — will serve as background. On the bright side, enjoyable beverages will be only a refrigerator away, no one will be required to pace on concrete floors for hours on end, and restroom lines will be exceedingly short.

Libertarians were to gather in Austin, Texas, this Memorial Day weekend. Then the hotel they booked canceled its operations, and Texas officials imposed a 14-day mandatory quarantine on all out-of-state interlopers.

They still hope to have an in-person national gathering in July – most likely in Orlando, though they’ve looked at Atlanta. A contest for national party chair could be on the agenda. But because they lack a primary system, Libertarians are under deadline pressures when it comes to the presidential contest that Republicans and Democrats are not. The names of their candidate for president, along with electors, must be submitted far earlier in many states.

The New Hampshire deadline is June 12. Alabama’s is June 24. Georgia’s is the fourth Monday in June, or the 25th. Which is why, only two weeks ago, the Libertarian National Committee voted to take its presidential nomination process into virtual territory. (One of the interior debates was whether cyberspace met the party bylaw definition of a meeting “place.”)

“We’ve been running training sessions on how to run a parliamentary meeting online. We’re throwing every monkey wrench in,” said Dan Fishman, executive director of the Libertarian Party. The final dry run, with 486 or so participants, was Sunday.

By trade, Fishman is a software architect – not uncommon among Libertarians, he said. “We’ve always been a party of technologists. Among software engineers, the dominating preference is libertarianism. So we have a lot of technical people really helping out,” he said.

If you’re familiar with Zoom and similar apps, you’ve probably been able to arrange your screen so that you can see all participants via the cameras built into their laptops and smart phones. But that function has a hard limit of 1,000 participants – and with alternate delegates, the online Libertarian convention will have far more.

This might get complicated: Instead, Libertarians decided to use the Zoom “webinar” feature. Delegates will be able to see the principals, but not each other. State party chairs, who as “panelists” can see the convention/audience, will forward delegation votes and motions. Members of state delegations have set up Slack channels so they can chat among themselves throughout the process.

The vote for president is expected Saturday. With Amash out – he will remain the first and only member of Congress to bear a Libertarian label – the race is an open one. The only Georgian in the contest is John Monds, who is something of a Libertarian legend. In 2008, in an obscure state Public Service Commission race against Republican Doug Everett, Monds became the first Libertarian in U.S. history to win more than 1 million votes. (That amounted to 34% of the vote, so he still lost.)

There can be a quirkiness to Libertarian politics that you won’t see in the two major parties. In 2012, in the final balloting of a series of elimination rounds in a contest for party chairman, “none of the above” beat the last surviving candidate.

Nonetheless, Fishman said he expects Republicans and Democrats alike to be paying attention.

“I know at some point in time people are going to want to talk to us about this. They don’t have quite the same issues that we do, in terms of how their conventions are run, but they are going to have to do something like this,” Fishman said.

There are differences. For one thing, there’s the money. In 2016, the combined cost of the GOP (Cleveland) and Democratic (Philadelphia) conventions ran upwards of $250 million. “You could pay Microsoft $100 million and they would enable this immediately – and it would be really, really good,” Fishman said.

At the state level, Republicans and Democrats have already made the transition. The Georgia GOP last month selected a number of national delegates through meetings at the congressional district level. Many of the gatherings were online.

Georgia Democrats have moved their entire delegate selection process to the internet. Delegates will be selected at the congressional district levels on Saturday.

The Libertarian Party has a YouTube channel that will allow you to watch its proceedings, live or delayed. Do tune in, at least for a half-hour or so. You’ll get a glimpse of the skeleton of business that is actually conducted at a political convention – with all the froth and fancy removed.

We forget that the spectacles of balloons, speeches and music were originally intended to keep delegates in their chairs as endless votes were tabulated and alliances shifted. Only in the last few decades has entertainment become the primary message of national conventions. They are now weeklong TV series with daily themes.

Many call modern political conventions tedious, loud and obnoxious, and I am one of them. Many think the pandemic is a good excuse to do away with them entirely. But that gives me pause. Scripted or not, they have generated indelible moments.

There was U.S. Sen. Zell Miller, still a Georgia Democrat, at the 2004 GOP convention, endorsing incumbent President George Bush’s re-election. That same year, at the Democratic gathering, the keynote address was given by an obscure state senator from Illinois with the odd name of Barack Obama. People liked him.

Even Donald Trump’s 2016 boast on the shores of Lake Erie, that “I alone can fix it,” will go down as a pivotal moment in U.S. history.

But all of them would be far less memorable without the reaction of teeming masses in front of them. It is why movie theaters have survived the rise of Netflix. Shared experiences matter, and they will be missed if we give them up.

Your subscription to the Atlanta Journal-Constitution funds in-depth reporting and investigations that keep you informed. Thank you for supporting real journalism.

Jim Galloway is a three-decade veteran of The Atlanta Journal-Constitution who writes the Political Insider blog and column.

White Liberals Can Make $12k A Day On ‘White Privilege’