Blistering Demand In 20Y Treasury Auction; Stops Through By 1.5bps

Blistering Demand In 20Y Treasury Auction; Stops Through By 1.5bps

One month after the first 20Y auction in 34 years, priced at a yield of 1.22% amid surprisingly strong demand, moments ago the Treasury sold its second batch of the recently restarted 20Y Treasury in the form of a $17 billiion reopening of the original cusip (SR0), which priced at a high yield of 1.314%, which while higher than last month’s 1.22% yield was unexpectedly strong, stopping through the When Issued 1.329% by 1.5bps. 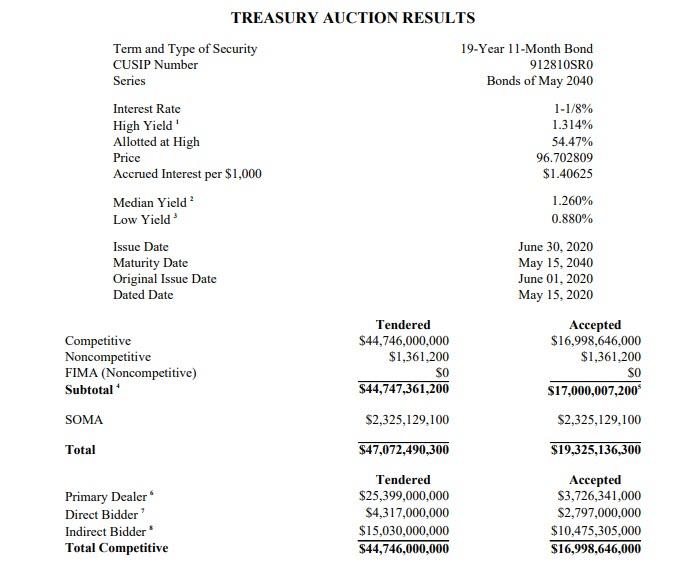 The auction metrics are as follows:

One potential reason for this is the recent selloff on the back end of the curve which has led to attractive concessions for foreign buyers, leading to the jump in the Indirect bid.

Of course, since there is just one auction in recent history to compare today’s auction to, superficially the auction was quite strong, although one look at the curve shows that the 20Y is somewhat “kinky” on the curve.

As a result of the surprisingly strong auction, the long-end of the curve found buyers, while the benchmark 20-year flipped 1 basis point richer on the session, and the 5s30s curve flattened back below 120bp after the results.