Dr. Fauci Is No Nostradamus: How COVID-19 Ran Amok Under His Watch

Dr. Fauci Is No Nostradamus: How COVID-19 Ran Amok Under His Watch

Authored by James Grundvig via Vaxxter.com,

Michel de Nostradamus was born in Saint-Remy, South of France, in 1503. Beyond the gifts he would one day explore in astrology, he pursued an education to become a physician. After his first year at the University of Avignon, an outbreak of the plague swept through France, forcing the University to close.

Undaunted, Nostradamus opened an apothecary before attending the University of Montpellier in pursuit of a doctorate. But a second plague struck disrupting his plan; the plague also killed his first wife and two children. During the outbreak, he joined city doctors to fight against and contain the plague. They succeeded.

Nostradamus remarried, engendered six children, and wrote an almanac. Well received, he developed his ability as a seer, with a mix of astrology and biblical end-times visions, to become the world’s most famous prognosticator of the last one thousand years. He captured his dark revelations in The Prophecies, writing a collection of 942 quatrains.

Knowing more about his life, pursuits, interests, and experiences—a survivor of two plagues, fighting on the frontline of one outbreak—many will now see Nostradamus in a new light. It’s no wonder that his visions leaned toward doom and gloom. 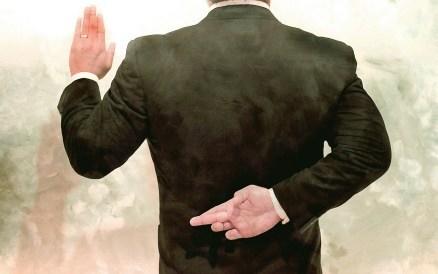 By contrast, Dr. Anthony Fauci, born on Christmas Eve in 1940 in Brooklyn, New York, has lived a vastly different life. Yet, there are parallels between the two men. Both pursued a career as a physician. Both experienced two plagues during their lifetimes. In Fauci’s case, he was thrust into the epicenter of the 1980s AIDS/HIV epidemic when he became director of NIH’s National Institute of Allergies and Infectious Disease (NIAID). In spring 2020, he roamed center stage of the COVID19 pandemic, featured as one of the “experts” on the White House Task Force.

The big delta between Dr. Fauci and Nostradamus boils down to the ability to predict the future. Beyond Nostradamus’ uncanny ability to predict the first two World Wars, two of the three “antichrists” in Napoleon and Hitler, the assassinations of U.S. presidents, and the 9/11 attack on the Twin Towers centuries before the events happened, Fauci predicted a pandemic in 2017, a measly three years before it took place.

Dr. Fauci shared his foresight with medical peers at a Georgetown forum when he stated, “There will be a surprise outbreak during Trump’s first term.”

Fauci’s prediction wasn’t conjured from the alignment of the stars and planets, or a passage lifted out of the Bible. No. He didn’t develop any such gift. Instead, he arrived at his foresight by steering the financing of zoonotic viruses “gain-of-function” research. In 2018, he joined the World Health Organization’s (WHO) new unit, Global Preparedness Monitoring Board (GPMB) to be hands-on with pandemic planning, a full year after his “prophecy.” He likely advised or took part in the development of the World Bank’s first-ever “pandemic bond” the same year. Moreover, Fauci also helped the GPMB write its first annual report that pronounced the drills, simulation, and release of at least one “lethal respiratory pathogen.”

Stacking the Deck on Coronavirus Prediction

Unlike Nostradamus, it appears Fauci helped initiate the release of the novel coronavirus, unleashing pandemic paranoia and now, fanning new fears about the coming “second wave,” while insisting that only a COVID vaccine will allow society to “return to normal.” He did everything he could to kick the inexpensive hydroxychloroquine to the curb while promoting the ultra-expensive Remdesivir as a temporary fix until a vaccine becomes available. Fauci further spent a lot of political capital contradicting President Trump—and himself—nearly every day over several weeks.

And the NIAID director still presents himself as the lone go-to source for trusted information on the virus. Right.

Dr. Fauci’s recent Congressional testimony on the coronavirus was a master class in how to provide politicians and mainstream media with fodder they wanted to hear. He deftly avoided giving any firm answers on titers, how long they might last, “neutralizing antibodies,” and other sleights of the tongue.

Fauci be unfamiliar with SARS-CoV-2?

How is that possible? For a half-century, his career focused on infectious diseases and the pursuit of vaccines to prevent them. More specifically, why doesn’t Fauci know more – a lot more – about this particular outbreak?

We’re six months into this pandemic and we have only witnessed gross incompetence by the CDC, corruption with coronavirus data and testing, and a deliberate effort to ban all natural remedies that would boost people’s immune systems, such as exercise, high dose vitamin C, oxygen therapies such as HBOT and ozone, vitamin D and sunshine and more. Isn’t that what the CDC, Fauci and Bill Gates have been trying to sell with vaccines?

Never doubt that Dr. Fauci comes as a politically machined scientist who protects U.S. health agencies over the well-being of the American people and even over the office of the president. Be not deceived: There is no one more informed about coronavirus and epidemics than Dr. Anthony Fauci. He even states as much with a smug know-it-all smirk.

The Global Preparedness Monitoring Board

The GPMB board of directors is a Who’s Who of international socialist politicians and leaders. The former prime minister of Norway, Dr. Gro Harlem Brundtland of Agenda 21 fame, is co-chair alongside many players responsible for the current global catastrophe.

Three of the six GPMB board members include Dr. Anthony Fauci; Dr. Chris Elias, president of the Global Development Program at the Bill & Melinda Gates Foundation; and Dr. George Fu Gao, the director-general at the Chinese Center for Disease Control and Prevention. Dr. Gao is a member of the Chinese Communist Party (CCP).

Given just those three board members, many questions arise:

Two other sticky issues are known facts: Fauci was part of the leadership council to the Gates Foundation, from 2003–2010 and he provided funding to the Wuhan Lab for “gain-of-function” research and development last decade.

What we don’t know is what did Fauci know, and when.

Since board members at a company, non-profit, NGO, or government agency would be aware of the contents  of their entity’s annual report, it’s safe to say that Dr. Fauci knew about the UN’s deliberate release of a “lethal respiratory pathogen.”

The next question becomes: Did the WHO-GPMB already participate in the live virus release? If so, would Dr. Fauci be exposed to liability? And was he involved in the planning stages of a pathogen release leading to COVID19?

Three salient facts are clear about Fauci and the WHO’s involvement with COVID19:

A full probe into the COVID-19 outbreak must be ordered immediately by the Trump Administration. It must include an in-depth look into the WHO’s GPMB. It must interview Dr. Elias from the Gates Foundation. It must learn what information Dr. Fauci shared or gave to the CCP beyond grant money for virus research. The investigation must also determine whether the UN and WHO’s new pandemic spearpoint in the GPMB plans to release another virus—for a second outbreak—this fall as its annual report states on pages 10 and 39.

When these answers and more information into the planning of this pandemic can be ascertained, we will know whether Anthony Fauci is a Nostradamus junior or a science fraud, and much worse.

Anti-Market Conservatives Want to Fix Social Ills, But Their Cure Will Only Make Things Worse

Tesla Sued By Supplier For Not Paying Its $1.77 Million Bill