Scheming virtue-signaling elites around the world, some of which pay very little income tax as it is, are begging governments to tax them and other wealthy individuals to support responses to the COVID-19 pandemic, that has wrecked the global economy.

“Today, we, the undersigned millionaires, ask our governments to raise taxes on people like us. Immediately. Substantially. Permanently,” a letter addressed to global citizens said, signed under the name “Millionaires for Humanity.”

Walt Disney Co.’s Abigail and Tim Disney were among the dozens of wealthy elites that have signed the open letter to “immediately” and “permanently” tax the rich to support low-income citizens through the virus-induced economic crash.

“The impact of this crisis will last for decades. It could push half a billion more people into poverty. Hundreds of millions of people will lose their jobs as businesses close, some permanently. Already, there are nearly a billion children out of school, many with no access to the resources they need to continue their learning. And of course, the absence of hospital beds, protective masks, and ventilators is a painful, daily reminder of the inadequate investment made in public health systems across the world,” the letter said.

The millionaires said the socio-economic problems “caused by, and revealed by” the virus pandemic “can’t be solved with charity, no matter how generous.”

“Government leaders must take responsibility for raising the funds we need and spending them fairly. We can ensure we adequately fund our health systems, schools, and security through a permanent tax increase on the wealthiest people on the planet, people like us,” they wrote. 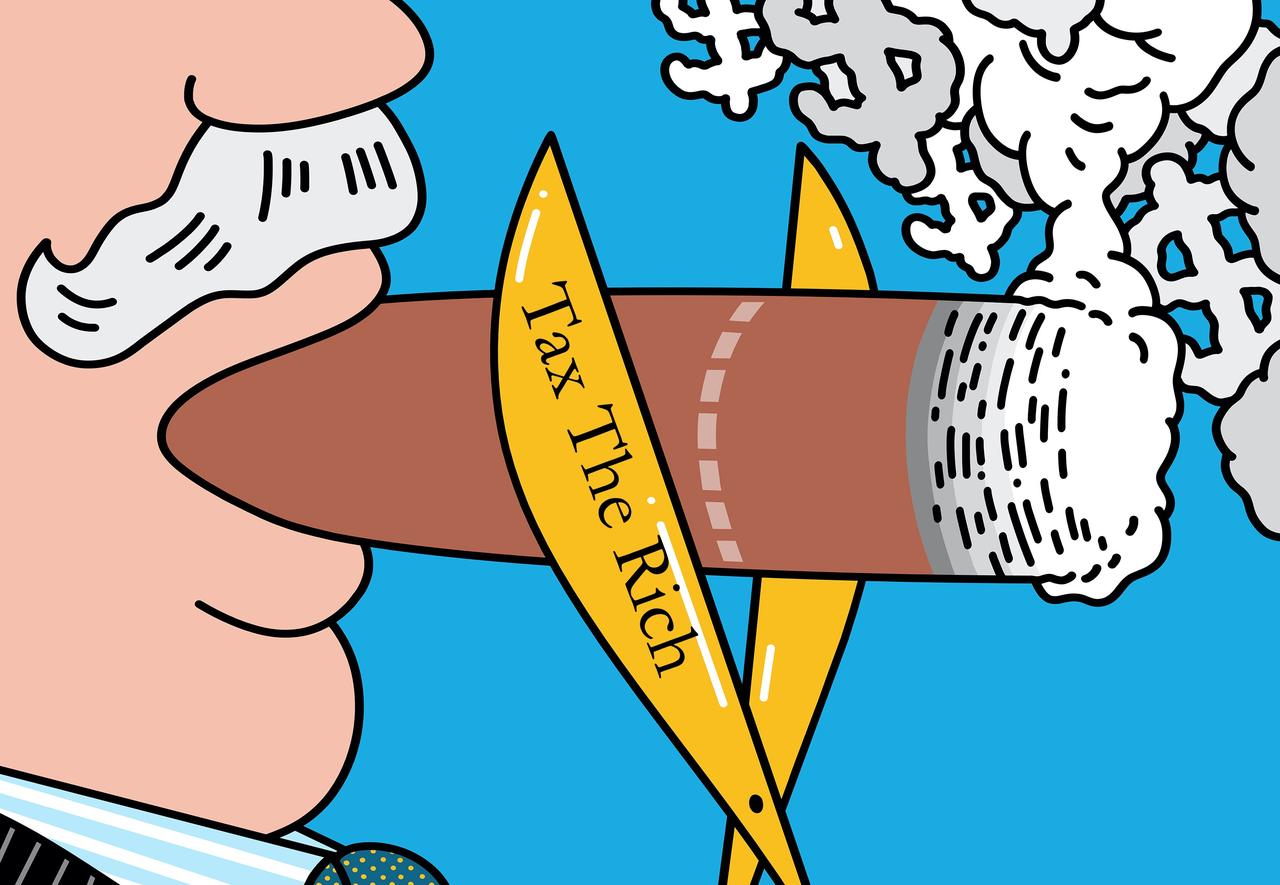 This letter is indeed odd for millionaires to craft in these challenging times – unless we know the backdrop of how wealth inequality was already at dangerous levels before the pandemic – now at crisis levels as the virus-induced downturn has wiped out tens of millions of folks who will one day find out that government and Federal Reserve bailouts overwhelmingly favored wealth elites in the latest recession, leaving ordinary people with lousy Trump checks, similar to what happened a decade ago in the GFC.

Today’s socio-economic implosion had caused alarm with wealthy elites, as this downturn has a social unrest component to it, unseen a decade ago during the GFC. Recently, protesters swarmed wealthy neighborhoods of Beverly Hills, holding signs that read “eat the rich.”

Black Lives Matter mob shouts “eat the rich” as they march down a residential area in Beverly Hills. They’re coming for your homes.pic.twitter.com/gs5Hszjb7m

Tax the rich scheme is ultimately a deceptive tool to trick the ignorant masses. When the government increases taxes, they usually start by saying “tax the rich” – though no one admits at the end of the day, the working-poor usually pays the tax.

“Tax us. Tax us. Tax us. It is the right choice. It is the only choice” will be sold to the American people as a way to level the playing field –  as tens of millions of broke Americans, some of whom have no savings, insurmountable debts, and no job, have been financially decimated while Kanye West and Ross Gerber received PPP loans. The whole “tax the rich” scheme is aesthetically pleasing and a ploy to alleviate the anger of the working poor against the rich, who, at the need of the day, have all the money.

Even with all the money, the rich pay very little taxes. Keep in mind, the working-poor are paid in wages and salaries (income). The rich aren’t paid in those ways – so when it comes to taxing the rich based on income – it’s just a deceptive ploy. Now, why is that?

Look at Warren Buffett, Larry Ellison, Jeff Bezos, Jack Dorsey, and other CEOs of top US companies – their basic salary is peanuts. Take Dorsey, he received a wage of just $1.40. So how the hell can that be taxed and save the world from a crushing pandemic?

Think about the absurdity of the letter, millionaires demanding other millionaires to pay high taxes to cover pandemic costs. Most of these folks aren’t recognized by the tax system as individuals and have very little income. These folks have corporations that when the corporation is taxed, that is all the tax the individual will pay as they’re an asset of the company.

Additionally, there is nothing stopping these “millionaires” from generously paying their fair share to the IRS if they feel under-taxed?

So if millionaires pay little taxes, then why not start with taxing corporations…

FACT CHECK: Natural News remains the most outspoken pro-mask independent news publisher, even as InfoWars and others have become strongly anti-mask