For the first time since September 2016, Silver futures just broke above $20…

As the gold/silver ratio reverses from its record high spike…

Though gold is still outperforming YTD for now…

But, as tsi-blog.com  explains, silver is set to continue outperforming over the next year.

Gold is more money-like and silver is more commodity-like. Consequently, the relationships that we follow involving the gold/GNX ratio (the gold price relative to the price of a basket of commodities) also apply to the gold/silver ratio. In particular, gold, being more money-like, tends to do better than silver when inflation expectations are falling (deflation fear is rising) and economic confidence is on the decline.

Anyone armed with this knowledge would not have been surprised that the collapse in economic confidence and the surge in deflation fear that occurred during February-March of this year was accompanied by a veritable moon-shot in the gold/silver ratio. Nor would they have been surprised that the subsequent rebounds in economic confidence and inflation expectations have been accompanied by strength in silver relative to gold, leading to a pullback in the gold/silver ratio. The following charts illustrate these relationships.

We are expecting a modest recovery in economic confidence and a big increase in inflation expectations over the next 12 months, meaning that we are expecting the fundamental backdrop to shift in silver’s favour. As a result, we are intermediate-term bullish on silver relative to gold. We don’t have a specific target in mind, but, as mentioned in the 16th March Weekly Update when the gold/silver ratio was 105 and in upside blow-off mode, it isn’t a stretch to forecast that at some point over the next three years the gold/silver ratio will trade in the 60s.

Be aware that before silver commences a big up-move in dollar terms and relative to gold there could be another deflation scare. If this is going to happen it probably will do so within the next three months, although we hasten to add that any deflation scare over the remainder of this year will be far less severe than what took place in March.

The Impeachment Farce: Will The ‘Smoking Gun’ Backfire? 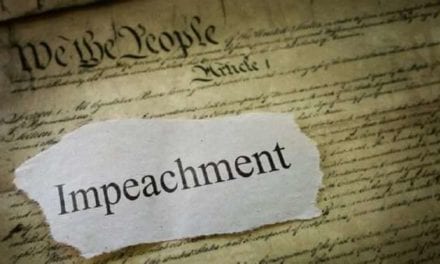 The Ultimate Impact of Trump’s Impeachment Remains to be Seen

WATCH: Cops Force Innocent Man to Run from Them, Taser Him from the Car Window