Ford Motor Company is set to abandoned traditional human surveyors for robot dogs with sensors to laser map a production plant ahead of retooling.

Ford partnered with Boston Dynamics to digitally map its Van Dyke Transmission Plant in Michigan. The data will enable engineers to retool the plant for future products. The ability to use robot dogs, outfitted with sensors, is a much timelier and cost-effective approach than using human surveyors.

“Equipped with five cameras, the robots can travel up to 3 mph on a battery lasting nearly two hours and will be used to scan the plant floor and assist engineers in updating the original Computer-Aided Design which is utilized when we’re getting ready to retool our plants,” Ford said. 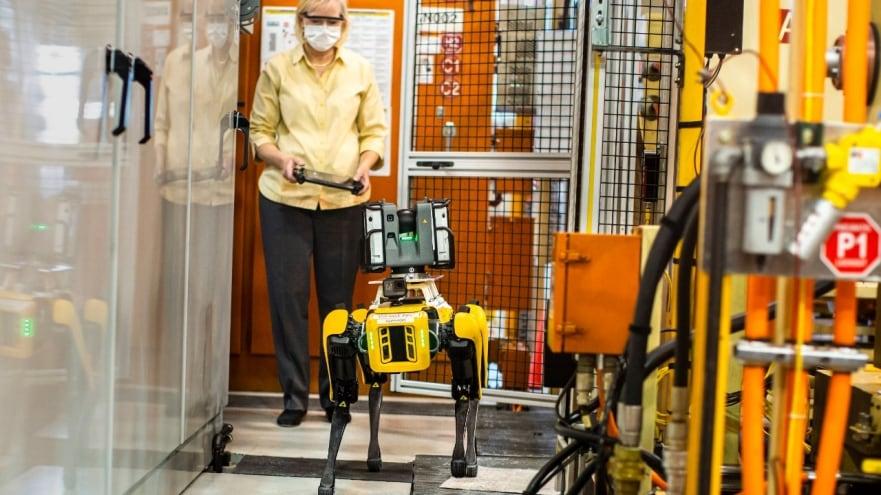 Ford’s digital engineering manager Mark Goderis said, “by having the robots scan our facility, we can see what it actually looks like now and build a new engineering model. That digital model is then used when we need to retool the plant for new products.”

“We used to use a tripod, and we would walk around the facility stopping at different locations, each time standing around for five minutes waiting for the laser to scan,” Goderis said. “Scanning one plant could take two weeks. With Fluffy’s [the robot dog’s name] help, we are able to do it in half the time.”

A typical digital scan of a plant costs around $300,000. Ford claims the robot dogs can do it for a “fraction of the cost.”

Here’s the robot dog in action.

The takeaway is that automation and artificial intelligence will displace millions of jobs by 2030. The virus pandemic, forcing corporations to adopt cutting-edge (non-virus-catching) technology, will continue to weigh on the labor market recovery. As robots take human jobs, politicians, pressured by high unemployment and collapsing consumption (and supported by an enabling Fed), will increasingly support people’s quantitative easing. Washington’s socialist checks to broke Americans are likely prelude to UBI… and that likely explains the surge in gold prices.