Goldman Sachs made an unfortunate revelation deep in the bowels of its 10Q  filed Friday: Nearly all of the storied investment bank’s blockbuster Q2 profits – driven by a surge in trading revenue, would be allocated to paying its – would be erased by legal costs associated with the  Malaysian government over the 1MDB scandal, Goldman’s biggest legal imbroglio since the financial crisis. Goldman recently agreed to pay $3.9 billion to the Malaysian government in a landmark settlement. 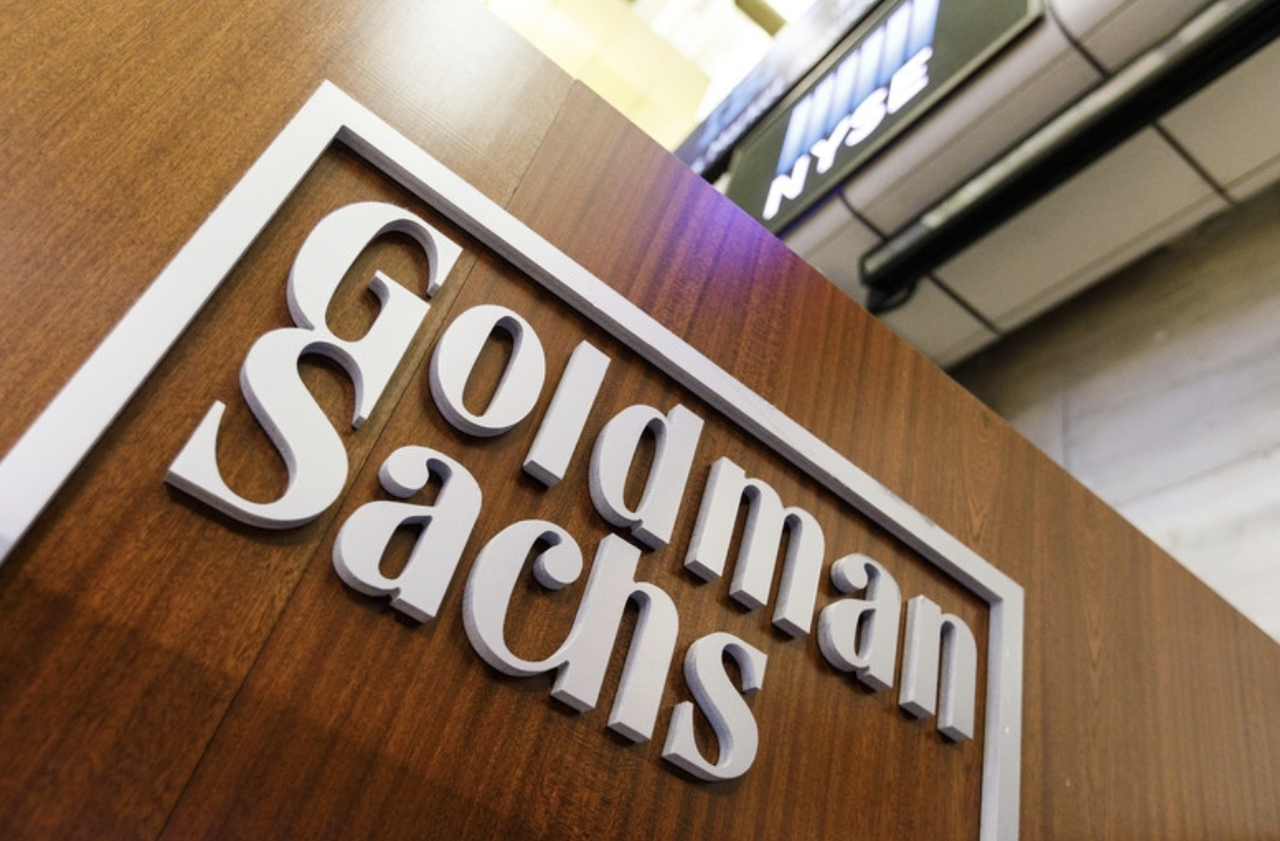 The bank boosted litigation reserves by $2.01 billion after striking the above-mentioned deal with Malaysian prosecutors over the bank’s role in helping to enable a corrupt PM to use a sovereign wealth fund as his personal piggy bank. The additional provision cut the firm’s Q2 profit – published 3 weeks ago on July 15 – by 85%.

On July 24, 2020, the firm announced that it has reached an agreement in principle, subject to the execution of definitive documentation, with the Government of Malaysia to resolve all the criminal and regulatory proceedings in Malaysia involving the firm, including the Malaysian Criminal Proceedings and the MSC’s notices to show cause.

The agreement in principle would involve the payment to the Government of Malaysia of $2.5 billion and a guarantee that the Government of Malaysia receives at least $1.4 billion in assets and proceeds from assets seized by governmental authorities around the world related to 1MDB. In connection with the guarantee, the firm performed a valuation analysis on the relevant assets and believes based on that analysis that the guarantee does not present a significant risk exposure to the firm.

In light of this agreement in principle, subsequent to the firm’s issuance of its earnings release filed as an exhibit to the Form 8-K dated July 15, 2020 (Form 8-K), the firm recorded an additional provision for litigation and regulatory proceedings of $2.01 billion for the second quarter of 2020, increasing the net provisions to $2.96 billion for the second quarter of 2020.

Here’s a table from the finding: 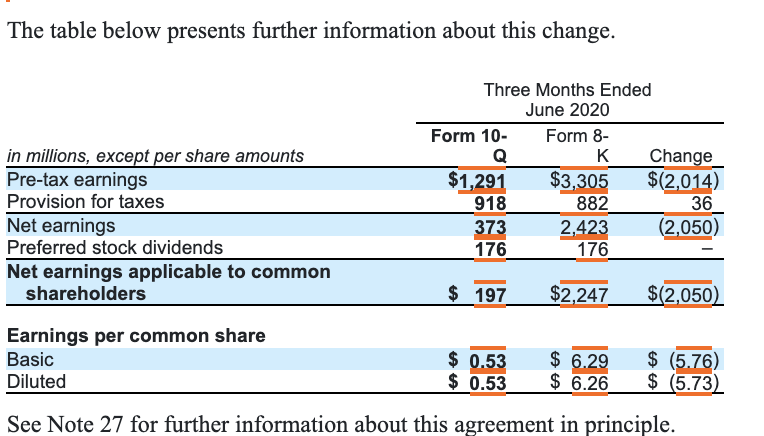 Nestled even deeper in the 10-Q, Goldman includes a whole section entitled “1MDB-Related Matters” that recounts the history of the investigation involving Malaysian and American authorities, and regulators around the world, while also recounting the details of the ill-fated bond-offerings where the bank raised $6.5 billion for the Malaysian slush fund, which was later mostly stolen by former PM Najib Razak and his banker, Jho Low, who is now an international fugitive reportedly enjoying the protection of the PRC.

The firm has received subpoenas and requests for documents and information from various governmental and regulatory bodies and self-regulatory organizations as part of investigations and reviews relating to financing transactions and other matters involving 1MDB. Subsidiaries of the firm acted as arrangers or purchasers of approximately $6.5 billion of debt securities of 1MDB.

On November 1, 2018, the U.S. Department of Justice (DOJ) unsealed a criminal information and guilty plea by Tim Leissner, a former participating managing director of the firm, and an indictment against Ng Chong Hwa, a former managing director of the firm, and Low Taek Jho. Leissner pleaded guilty to a two-count criminal information charging him with conspiring to launder money and conspiring to violate the U.S. Foreign Corrupt Practices Act’s (FCPA) anti-bribery and internal accounting controls provisions. Low and Ng were charged in a three-count indictment with conspiring to launder money and conspiring to violate the FCPA’s anti-bribery provisions. On August 28, 2018, Leissner’s guilty plea was accepted by the U.S. District Court for the Eastern District of New York and Leissner was adjudicated guilty on both counts. Ng was also charged in this indictment with conspiring to violate the FCPA’s internal accounting controls provisions. The charging documents state, among other things, that Leissner and Ng participated in a conspiracy to misappropriate proceeds of the 1MDB offerings for themselves and to pay bribes to various government officials to obtain and retain 1MDB business for the firm. The plea and charging documents indicate that Leissner and Ng knowingly and willfully circumvented the firm’s system of internal accounting controls, in part by repeatedly lying to control personnel and internal committees that reviewed these offerings. The indictment of Ng and Low alleges that the firm’s system of internal accounting controls could be easily circumvented and that the firm’s business culture, particularly in Southeast Asia, at times prioritized consummation of deals ahead of the proper operation of its compliance functions. On May 6, 2019, Ng pleaded not guilty to the DOJ’s criminal charges. On February 4, 2020, the FRB disclosed that Andrea Vella, a former participating managing director whom the DOJ had previously referred to as an unindicted co-conspirator, had agreed, without admitting or denying the FRB’s allegations, to a consent order that prohibited him from participating in the banking industry. No other penalties were imposed by the consent order.

On December 17, 2018, the Attorney General of Malaysia filed criminal charges in Malaysia against GSI, as the arranger of three offerings of debt securities of 1MDB, aggregating approximately $6.5 billion in principal amount, for alleged disclosure deficiencies in the offering documents relating to, among other things, the use of proceeds for the debt securities, as well as against Goldman Sachs (Asia) LLC (GS Asia) and Goldman Sachs (Singapore) PTE (GS Singapore). Criminal charges have also been filed against Leissner, Low, Ng and Jasmine Loo Ai Swan. In a related press release, the Attorney General of Malaysia indicated that prosecutors in Malaysia will seek criminal fines against the accused in excess of $2.7 billion plus the $600 million of fees received in connection with the debt offerings. On August 9, 2019, the Attorney General of Malaysia announced that criminal charges had also been filed against seventeen current and former directors of GSI, GS Asia and GS Singapore (together with the criminal charges against GSI, GS Asia and GS Singapore, the Malaysian Criminal Proceedings).
The Malaysia Securities Commission (MSC) issued notices to show cause against Goldman Sachs (Malaysia) Sdn Bhd (GS Malaysia) in December 2018 and March 2019 that (i) allege possible violations of Malaysian securities laws and (ii) indicate that the MSC is considering whether to revoke GS Malaysia’s license to conduct corporate finance and fund management activities in Malaysia.

On February 19, 2019, a purported shareholder derivative action relating to 1MDB was filed in the U.S. District Court for the Southern District of New York against Group Inc. and the directors at the time and a former chairman and chief executive officer of the firm. The amended complaint filed on July 12, 2019, which seeks unspecified damages, disgorgement and injunctive relief, alleges breaches of fiduciary duties, including in connection with alleged insider trading by certain current and former directors, unjust enrichment and violations of the anti-fraud provisions of the Exchange Act, including in connection with Group Inc.’s common stock repurchases and solicitation of proxies. Defendants moved to dismiss this action on September 12, 2019.

Beginning in March 2019, the firm has also received demands from alleged shareholders to investigate and pursue claims against certain current and former directors and executive officers based on their oversight and public disclosures regarding 1MDB and related internal controls.

On November 21, 2018, a summons with notice was filed in New York Supreme Court, County of New York, by International Petroleum Investment Company, which guaranteed certain debt securities issued by 1MDB, and its subsidiary Aabar Investments PJS. The summons with notice makes unspecified claims relating to 1MDB and seeks unspecified compensatory and punitive damages and other relief against Group Inc., GSI, GS Asia, GS Singapore, GS Malaysia, Leissner, Ng, and Vella, as well as individuals (who are not current or former employees of the firm) previously associated with the plaintiffs.

On December 20, 2018, a putative securities class action lawsuit was filed in the U.S. District Court for the Southern District of New York against Group Inc. and certain former officers of the firm alleging violations of the anti-fraud provisions of the Exchange Act with respect to Group Inc.’s disclosures concerning 1MDB and seeking unspecified damages. The plaintiffs filed the second amended complaint on October 28, 2019, which the defendants moved to dismiss on January 9, 2020.

Unfortunately for Goldman, even after all of this, it still hasn’t put 1MDB to bed. Soon – perhaps before the end of the month – Goldman is expected to announce its final settlement with the DoJ. The big question: Will Goldman’s biggest scandal since the financial crisis yield an admission of guilt?

The Irony Behind the Handmaid Slur Against Amy Coney Barrett