Washington’s latest round of sanctions on Huawei has been carefully crafted to cripple the Chinese telecom giant’s smartphone business. While the company has reportedly stockpiled up to 2 years of inventories for its telecom equipment business – a sign that it is probably already too late to stop the company from playing a critical role in the global rollout of 5G technology – the new restrictions announced on Aug. 17 have essentially barred Huawei from buying and using any and all microchips without a license from the US.

Since US technology and equipment is so critical to the global microchip supply chain (which is currently centered around Taiwan, China and the US), Huawei is scrambling to stockpile as many chips as it can before midnight on Sept. 14, which is when the new sanctions take effect. 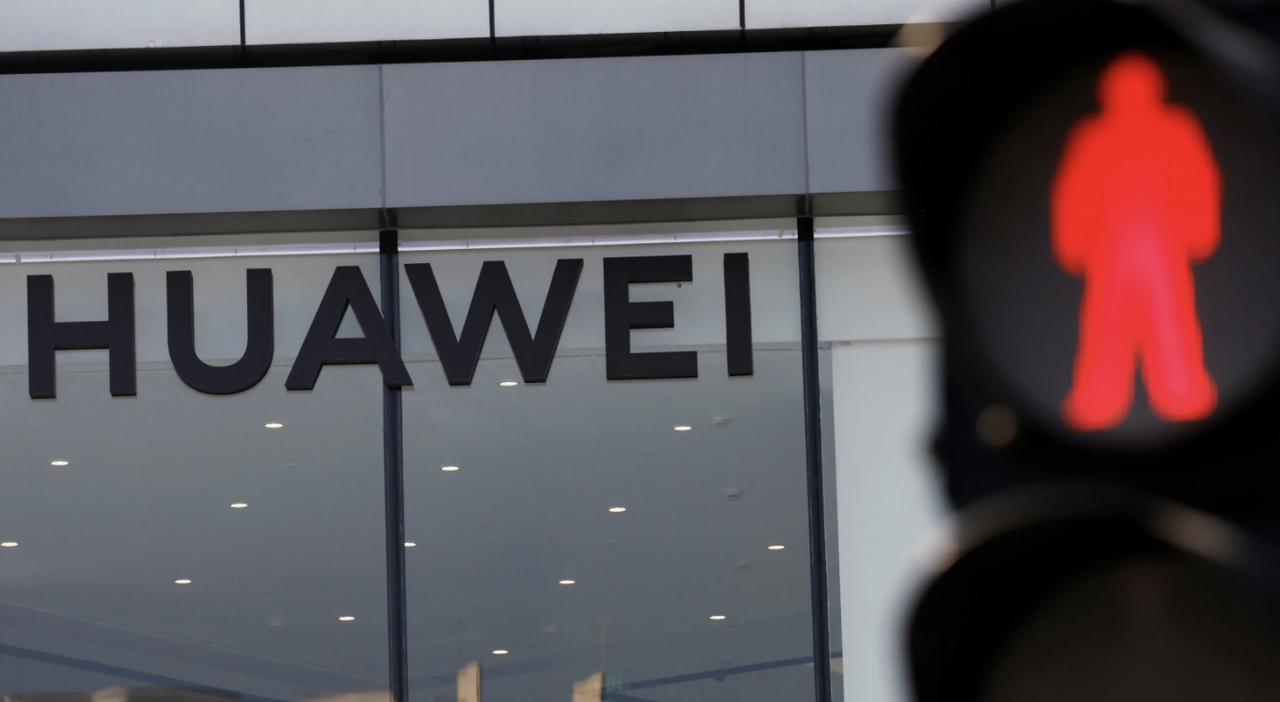 Yesterday, we reported on how these sanctions aren’t just harming Huawei, they’re harming Huawei’s suppliers, including companies like MediaTek, which has seen its stock plunge since Washington announced the latest restrictions, dealing a major blow to Taiwan’s “Bandit Phone King”.

Now, Nikkei Asian Review reports that Huawei is in “survival mode,” trying to import as many handset chips as possible, even buying up unfinished “wafers” in the hopes that it can finish the chips in-house later.

Huawei Technologies and its suppliers are working around the clock to beat a U.S. government deadline for shipping crucial mobile chips to the Chinese smartphone maker, part of a Washington crackdown that industry insiders say has the company fighting for survival.

While the Commerce Department has in the past moved to block shipments of chips to Huawei, suppliers are allowed to ship orders that were already in the pipeline when the restriction was announced. However, the orders must be delivered by midnight on Sept. 14, which is less than three weeks away.

Even if the US manages to unseat Huawei from the smartphone league tables, other Chinese companies like Xiaomi would probably be the biggest beneficiaries, since Apple’s products are too costly for most consumers in the developing world.

But the boldness of the ban is a lobbyists nightmare, as Nikkei explained, and it even risks shaking the global tech industry to its core, just like Trump’s restrictions on WeChat almost did.

The scope and suddenness of the ban, Washington’s harshest yet against the company, has shaken the global tech industry.

“The new ban is so wide-reaching and the new rule came very abruptly with such short notice when Huawei and all the suppliers were still working to mitigate Washington’s previous expansion of restrictions in May.

“It’s quite shocking and unexpected to Huawei and many of its suppliers due to the short notice of the ban,” said another Huawei supplier executive familiar with the situation. “The whole supply chain is still bracing for collateral damage as many forecast orders will fall to zero after Sept. 15, and not every component can be sold to someone else. We are still digesting how big the downside could be for overall demand.”

The problem, the source added, is that there is “limited room to push forward too many advanced chips given the short notice of the deadline. …Only minor adjustments are possible now.”

The restriction is such a serious threat to Huawei because American technology and intellectual property – from software to equipment and materials — is a fundamental part of the global chip supply chain. Unless Washington revises this ban, the clock is ticking for suppliers to ship their final round of products without a license.

“What they want to secure most desperately are 5G smartphone processor chips and chips related to high-end smartphones now,” another source familiar with the matter said. “But if the U.S. does not lift the ban later, even if it secures some chips now, Huawei’s smartphone business will hit huge setbacks. It’s very difficult to design new products with inventories.”

Soon, the White House will have Huawei in an extremely difficult position…

“It’s almost impossible for Huawei and its key suppliers to get rid of U.S. tech any time soon,” Jeff Pu, a tech analyst with GF Securities, told Nikkei. “Huawei could still ship some 195 million units of smartphones this year thanks to the inventories it built up previously, but the company’s handset shipments for next year would be reduced to around 50 million units due to the Washington clampdown if the U.S. does not change or ease the rules later, according to our estimate.”

MediaTek told Nikkei that it will “fully and strictly” comply with global trade-related regulations and said it will not ship half-finished products, or chips that have not been tested and packaged to its customers.

Novatek likewise said it will follow the export control rules and is working closely with outside counsel for guidance. The display driver IC chip developer added that it is maintaining its previous financial guidance for the July-September period.

Largan said it “cannot comment on any specific client’s situation,” but added that any component shortage in the supply chain would affect its own shipments. “We continue to monitor the supply chain dynamics and relevant regulations.”

…No matter where they’re domiciled, Huawei’s suppliers will need to obtain a special license from the Commerce Department if they want to continue supplying Huawei. Right now, it’s unclear when – or even if – the administration will grant these waivers, leaving Huawei’s investors facing a deeply uncertain future. 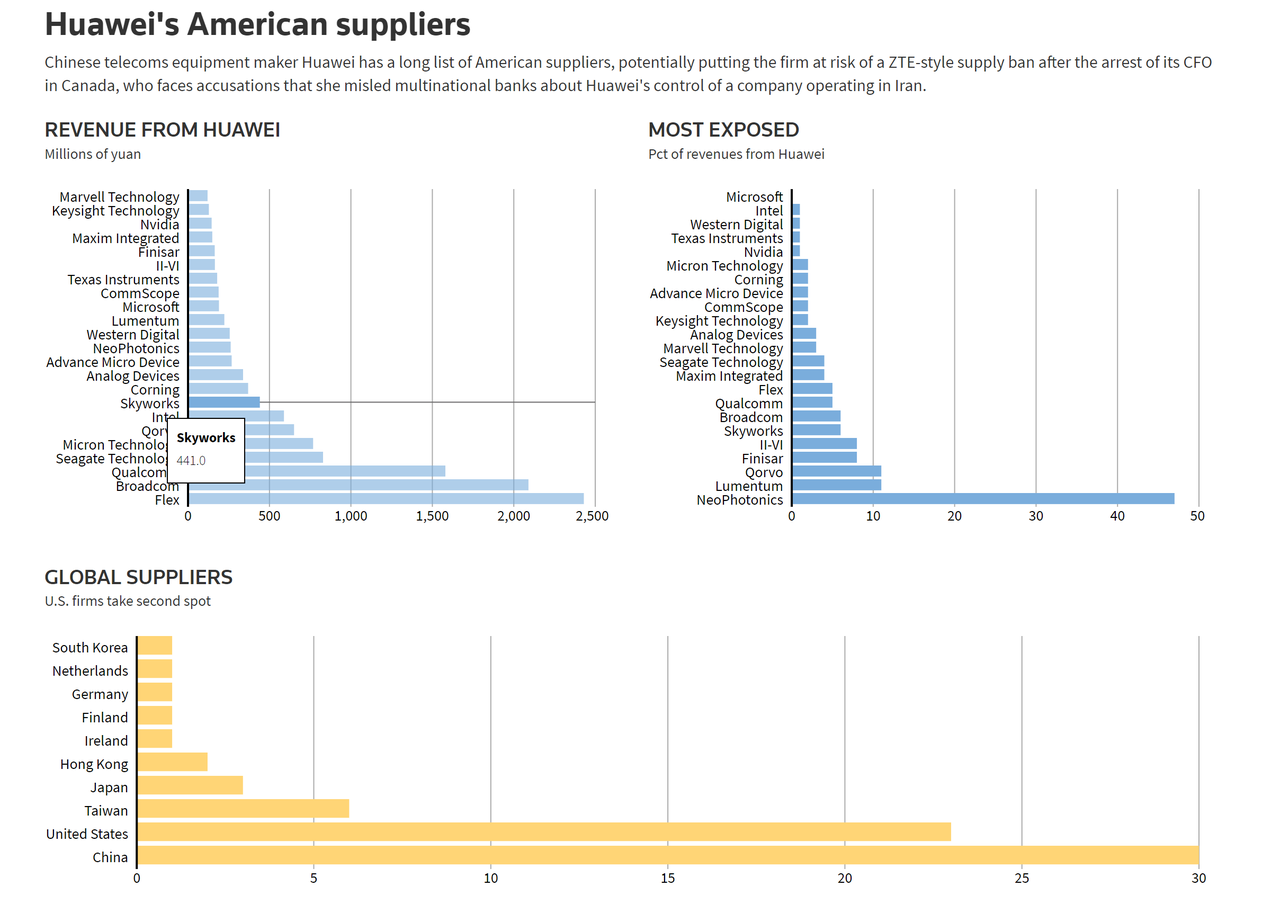 Of course, if Huawei survives, it could set an example for other Chinese firms facing Washington’s wrath that it’s possible to resist and win.

UK Rejects Assange Release Request Amid COVID-19 Crisis, But Frees Thousands Of Others