Last week, Democrats denounced the DoJ Civil Rights Division’s decision to demand more data from New York, Michigan, New Jersey and Pennsylvania on policies enacted by each (Democratic) governor that required hospitals and long-term care homes to accept COVID-19 positive patients. Such a bone-headed policy sounds almost horrifying in retrospect – and mainstream media outlets have even admitted that these decisions might stand as the worst policy blunders of the entire pandemic. Even worse than the Trump Administration’s struggle to ramp up testing during the early days of the outbreak (something the Washington Post once showed was primarily caused by bureaucratic incompetence at the CDC).

Fast forward to Tuesday evening, and it appears the governor’s office is stonewalling the DoJ by refusing to turn over some of the information being requested. Remember, the DoJ didn’t launch a full-on investigation – at least, not yet. This is mostly a fact-finding mission to try and determine how these harmful policies, which have been blamed for thousands of COVID-19 deaths, were left in place for so long. Cuomo reportedly didn’t scrap the policy in NY until May.

Now, the Empire Center for Public Policy is accusing the New York Health Department of stalling on compliance with a Freedom of Information (FOIA) request seeking more information.

Since New York state is comfortably Democratic, bureaucrats can comfortably brush off these types of requests because they know they won’t be held accountable by voters. When pressed for a reason on why the state couldn’t turn over these nursing home death records, it said it needed more time to “find the records”. How much more time? Well, at least until Nov. 5 – two days after the Nov. 3 presidential election.

“The state Health Department is offering a new explanation for why it won’t provide the full death toll of coronavirus in nursing homes: it can’t find the records,” according to Bill Hammond, a health analyst for the Empire Center who submitted the legal request, who spoke about the situation in an interview with the New York Post.

Responding to Hammond, the department said it couldn’t fulfill the request “because a diligent search for relevant documents is still being conducted.”

“We estimate that this Office will complete its process by November 5, 2020. The Department will notify you in writing when/if the responsive materials are available for release or if the time needed to complete your request extends beyond the above date,” said the department’s record access officer, Rosemary Hewig.

Hammond called bs in a blog post, arguing that this type of a delay “should not be necessary”, and claiming it appeared to be a brazen stalling tactic to avoid embarrassing Cuomo, and, by extension, Joe Biden and all the other Democrats on the ticket.

Right now, the state’s nursing home death toll only includes people who died inside long-term care homes. Thousands more likely succumbed while at the hospital in the ICU, days after being transferred there for treatment.

While California has now reported nearly twice as many cases as New York, the Empire State still has far and away the largest death toll, with more than 30,000 deaths reported. Its official count for nursing home deaths stands at 6,600, but experts suspect thousands more went uncounted. 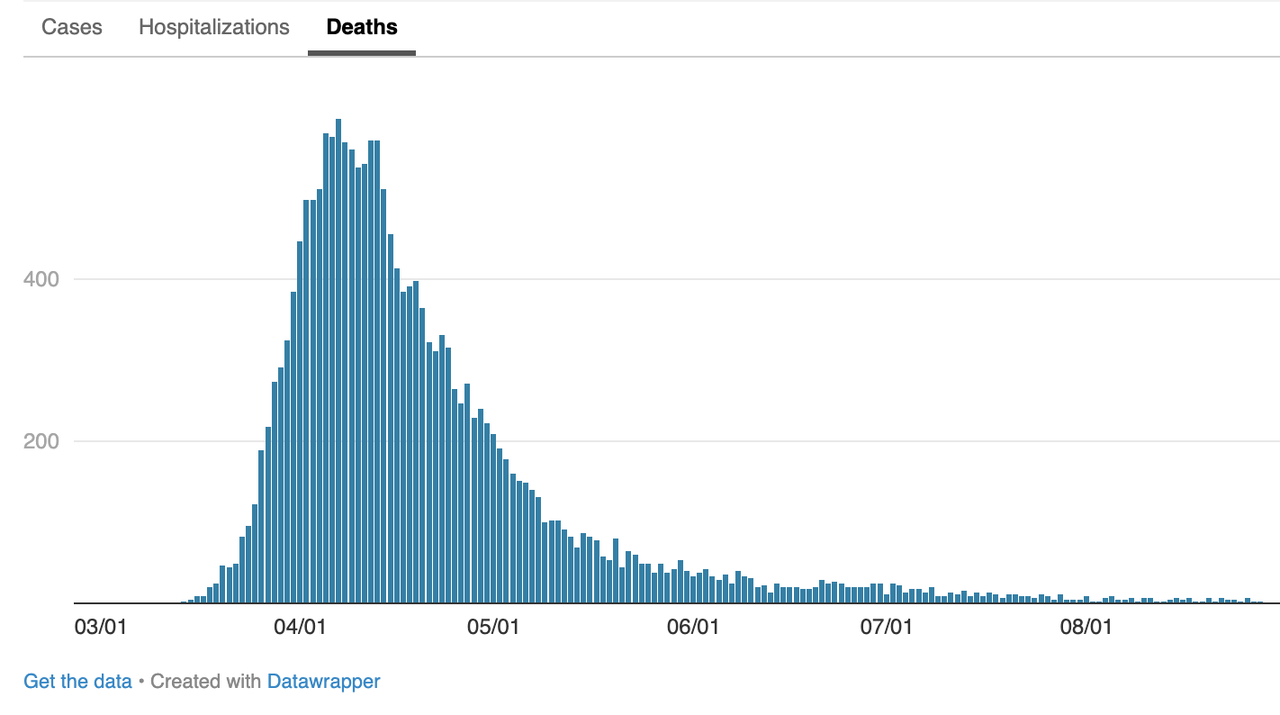 Most Americans Can’t Afford To Pay Rent, Eat Food, Buy Stuff, Or Get Sick (And It’s Just Going To Get Worse)