While Fauci, WHO And Pelosi Downplayed COVID, Trump Knew It Was ‘Deadly’ Before Restricting China Travel: Woodward Tapes

While Fauci, WHO And Pelosi Downplayed COVID, Trump Knew It Was ‘Deadly’ Before Restricting China Travel: Woodward Tapes

On February 7, two days after President Trump was acquitted by the Senate of impeachment charges, he gave a lengthy interview to veteran journalist Bob Woodward which he allowed to be taped.

Instead of talking about the impeachment, however, Woodward was ‘surprised’ that Trump was focused on COVID-19, the deadly virus gripping Wuhan, China while Dr. Anthony Fauci and the World Health Organization downplayed the risks. 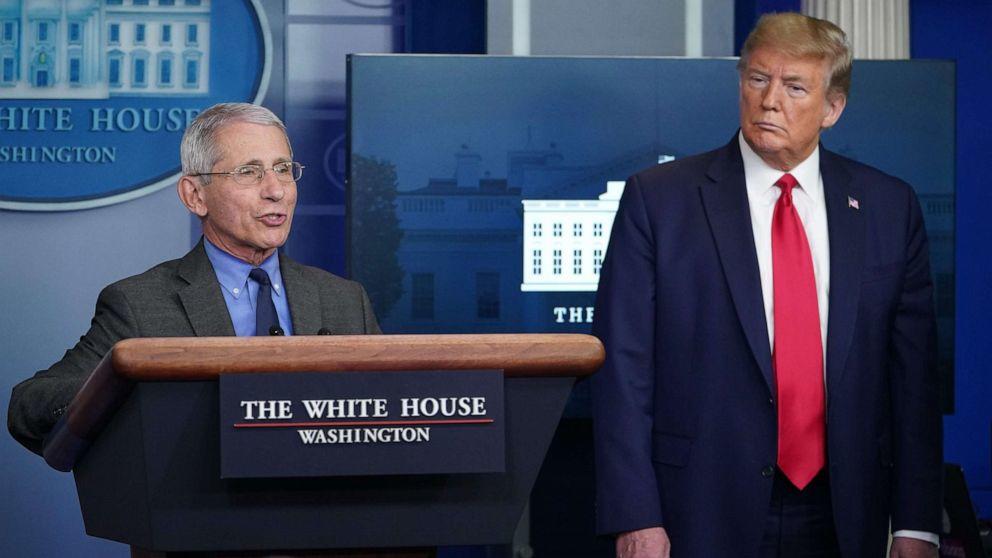 This is the tape: 🔊pic.twitter.com/ozX8O8fVKm

Fauci, on the other hand, told Newsmax TV on January 21 it was no big deal:

“Obviously, you need to take it seriously and do the kind of things the (Centers for Disease Control and Prevention) and the Department of Homeland Security is doing. But this is not a major threat to the people of the United States and this is not something that the citizens of the United States right now should be worried about.” -Dr Anthony Fauci, January 21

On February 17, Fauci continued to downplay the virus – saying that the risk to the US is “minuscule,” and that people shouldn’t wear masks.

Days before Trump’s February 7 interview with Woodward, he restricted travel from China on the advice of his National Security team – for which he was called a ‘xenophobe’ by Joe Biden and Nancy Pelosi. Three weeks later, Pelosi invited people to come to Chinatown, without masks, to “say everything is fine here.”

Pelosi, touring San Fran’s Chinatown Feb. 24: “We do want to say to people, come to Chinatown, here we are … come join us” pic.twitter.com/0FEOq9t4VM

Now, Pelosi is on MSNBC claiming that Trump’s “delay, distortion and denial is responsible for many of the deaths we have today.”

And so, CNN‘s ‘gotcha’ is this: Trump also admitted to Woodward in a follow-up interview on March 19 that he purposefully downplayed the virus in order to avoid panic.

“I wanted to always play it down,” he said, adding “I still like playing it down, because I don’t want to create a panic.”

CNN somehow overlooks Fauci, Pelosi and Biden downplaying the virus themselves – with the latter two calling Trump a xenophobe for his China travel restrictions. Three days later, Trump announced restrictions on travel from China, a move suggested by his national security team — despite Trump’s later claims that he alone backed the travel limitations.

Nevertheless, Trump continued to publicly downplay the danger of the virus. February was a lost month. Woodward views this as a damning missed opportunity for Trump to reset “the leadership clock” after he was told this was a “once-in-a-lifetime health emergency.” –CNN

In other words – Trump took the virus seriously, restricted travel, was called a ‘xenophobe’ for it, and is now under attack for downplaying it in the same way his advisers, Pelosi, the WHO and others were in order to avoid public panic.

How Shutdowns Will Keep Killing the Economy, Even When They’re Over

Carl Menger and the Sesquicentennial Founding of the Austrian School