As social unrest, wildfires, and hurricanes dominate the headlines, a surge in violent crime across major US metropolitan areas has also been observed since the virus-pandemic began in March.

Chicago and New York City have seen its fair share of violence this summer, with a rash of shootings and murders. Now Baltimore is back in the news, with at least 46 people shot – 12 of them died last week, according to The Baltimore Sun, citing new Baltimore Police Department (BPD) data.

BPD data showed a surge in shootings between Sept. 6 and Sept. 13 came in the final stretch of late summer as fall is around the corner. A decline in temperatures has often been associated with lower foot traffic in some of Baltimore’s roughest neighborhoods, resulting in a decline in shootings.

“Baltimore police confirmed on Sunday that from Sept. 6 to Sept. 13, 34 people were injured in shootings, and 12 others were killed. But the week had already started off rough, coming off a violent Labor Day weekend when 12 people had been shot, two others were killed, and one person was fatally stabbed. The latest shooting occurred around 6 p.m. Sunday in the 1300 block of N. Calhoun St., where a 47-year-old man was injured,” The Sun said.

As of Sunday (Sept. 13), Baltimore has recorded 233 homicides, about nine less than 242 reported last year during the same period. Cumulative homicide trends show the city will likely register well over 300 by year-end, on pace for a record or near-record year in homicides. Since the Baltimore Riots in 2015, homicides in the city have totaled over 300 per year (data via The Baltimore Sun).

Murders tend to spike in the spring and decline in late summer. Gun violence is primarily the cause of death. 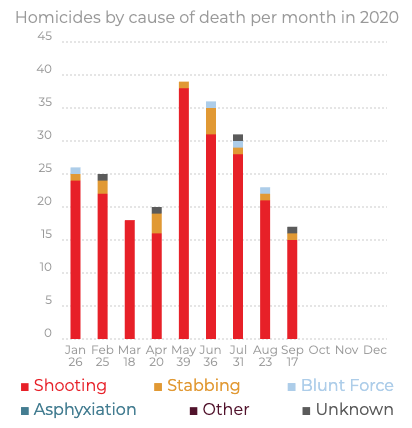 Geographically, murders are widespread across the city, with the most seen in northwestern and southwestern parts. 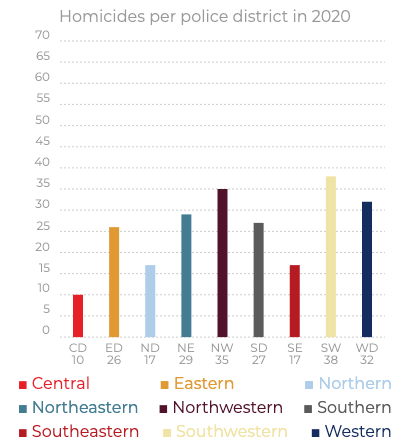 Here’s a partial list of the homicides this month. 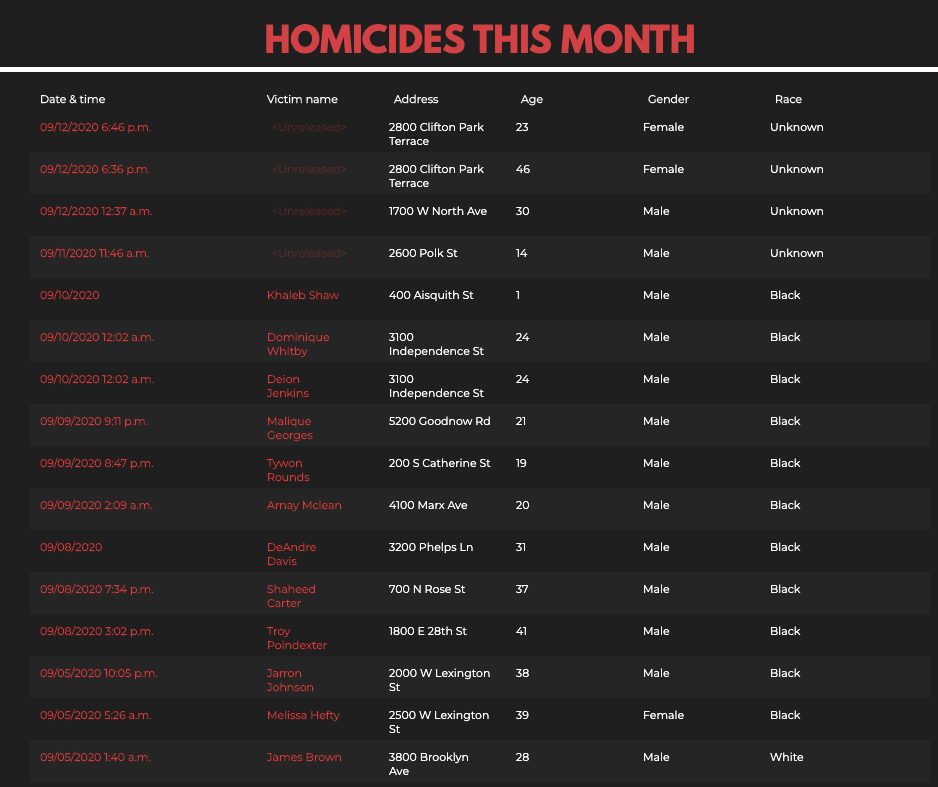 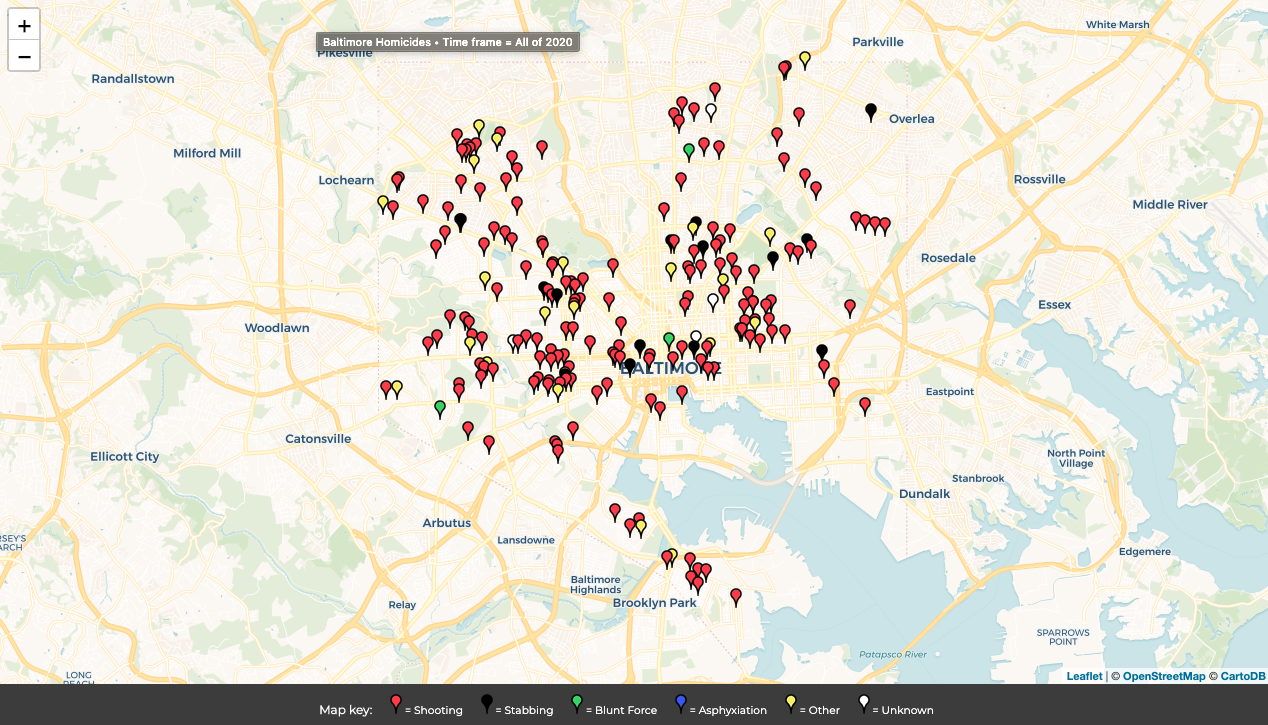 The murder and chaos in Baltimore City, a Democratically-controlled metro area for nearly half a century, was recently put into the spotlight when President Trump tweeted GOP Congressional candidate Kim Klasick‘s campaign video accusing Democrats of failing to revive the city, and encouraging blacks in the city and some surrounding suburbs to try voting Republican for a change.

Trump has also gone after Democratic presidential candidate Joe Biden for ignoring the socio-economic implosions across major US cities are resulting in a surge in violent crime.

As readers know, the pandemic, social unrest, and violent crime have resulted in a mass exodus of folks from cities who are moving to rural communities and suburbia.

It’s only a matter of time before police organizations in Baltimore, Chicago, and New York City, buy billboard space warning motorists about the dangers of defunding police and surging violent crime.