The Dollar has shown weakness during the second and third quarters, with the trade-weighted Dollar Index (DXY) falling from a high of almost 103 in March to a low of 92 at the end of August. The Dollar’s decline was even slightly more pronounced against the Euro: it fell from a high of 1.08 on March 23rd to a low of 1.20 on September 1st. These moves correspond roughly to a 10% depreciation of the Dollar. 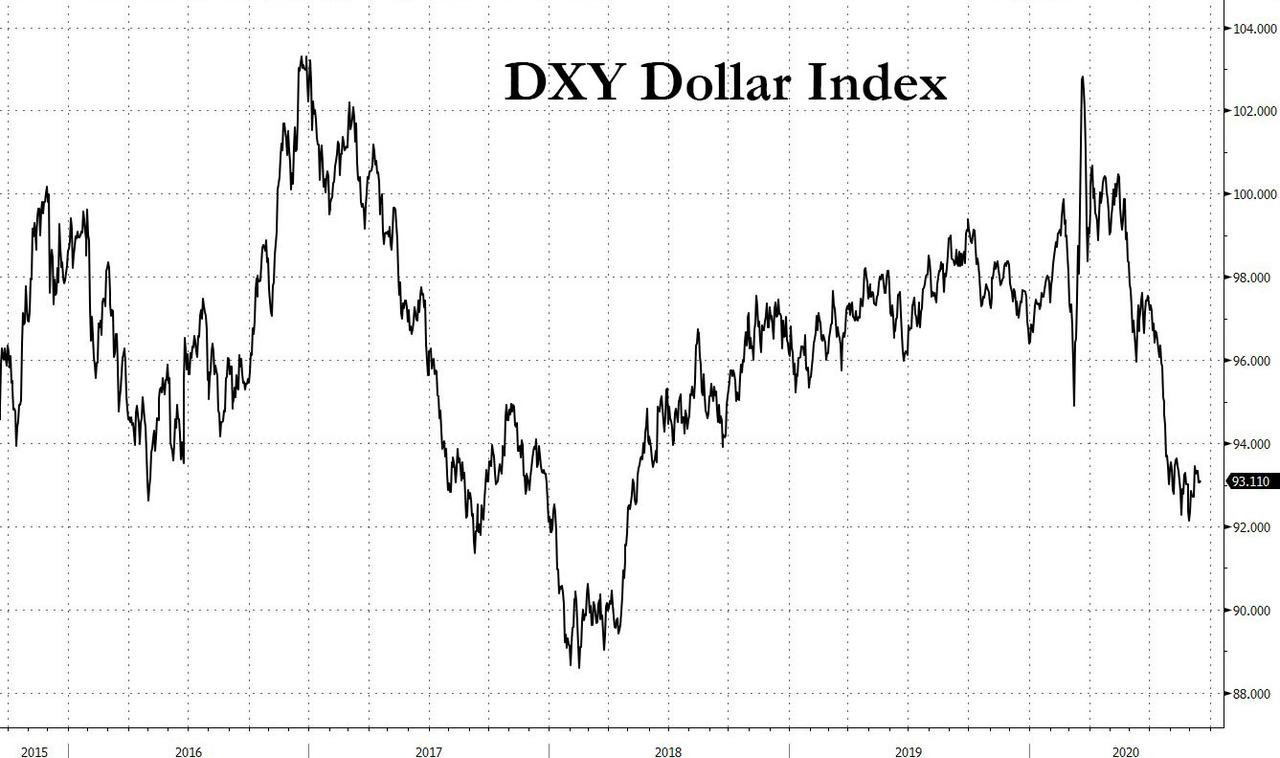 With trade tensions looming in the background, any move in currency markets can quickly have political repercussions: the Treasury Department monitors exchange rates for evidence of manipulation by foreign governments. In 2019, it designated China a currency manipulator. As a direct result of the Dollar’s weakness, the next report in October is likely to have to mute its criticism of foreign countries’ policies designed to keep their own currencies weak.

At the same time, the weak Dollar helps to boost U.S. exports and create jobs, just in time for the election. Effectively, the weak Dollar is a form of monetary stimulus. This is precisely the effect President Trump has repeatedly mentioned since taking office. No matter the outcome of the November election, the next administration will have no incentive to talk up the Dollar while the  economy is still suffering from the Covid slump.

No threat to the Dollar’s dominance

Invariably, whenever the dollar shows weakness, commentators abound who forecast the demise of the Dollar as the anchor currency of the global monetary system. These skeptics belong to two opposite camps: on one side Dollar bears, who see the end of the world coming, some of them hoping for a quick reestablishment of some form of gold standard. On the other side are Euro or Yuan bulls, who believe the Euro or the Chinese currency will replace the Dollar as the world’s reserve currency. Of course, both camps forget that as recently as 2012, the Dollar was substantially weaker than today: it briefly hit $1.50 to the Euro. If that Euro strength was not enough to propel the Euro to reserve currency status, then it is not quite clear why things would be better today at a rate of only $1.18. Similarly, the Dollar weakness at the time, coupled with talk about currency wars, did nothing to diminish the dollar’s dominance.

Central bank reserve data can be interpreted in a way that supports the view of a decline of the Dollar. But the problem is that the IMF’s global central bank reserve data can be interpreted in two different ways. In absolute terms, Dollar holdings by foreign central banks have increased from $4.7 trillion in Q3 2015 to $6.8 trillion at the end of Q1 2020. However, as a percentage of total reserves the Dollar has declined from 65.5% to 62% over the same period. So, if you want to show that the Dollar is more relevant than ever, you quote the first figures. If you want to demonstrate a decline of the Dollar, you pick the second set of numbers.

The reason the percentage holdings of the Dollar have declined is simply that the Yuan has been added as a reserve by some countries, and reserves in Yen have increased. We are not quite clear about the enthusiasm for the Yen in central bank circles – after all, 30 years after the Nikkei reached its all-time high, we are hard pressed to find Japan bulls among private sector investors. The rationale for adding some Yuan reserves, however, is pretty obvious, now that China permits limited currency holdings by foreigners.

Overall, we do not believe that the modest decline in the percentage holdings of Dollars represents in any way a decline in the status of the Dollar but is merely a technical consequence of the addition of Yuan holdings to central bank reserves.

One aspect of the recent Dollar weakness that we find particularly surprising is the weakness of the Dollar against the Chinese Yuan. Over the last couple of years, China has managed the Yuan to weaken in response to Trump’s tariffs. As mentioned earlier, it was this deliberate manipulation of the exchange rate that made Treasury designate China a currency manipulator. The rise in the exchange rate had essentially offset the cost of the tariffs, so that dollar costs of US importers rose only marginally. Of course, there is no free lunch, and on the negative side, the purchasing power of Chinese residents and dollar value of Chinese assets declined correspondingly. 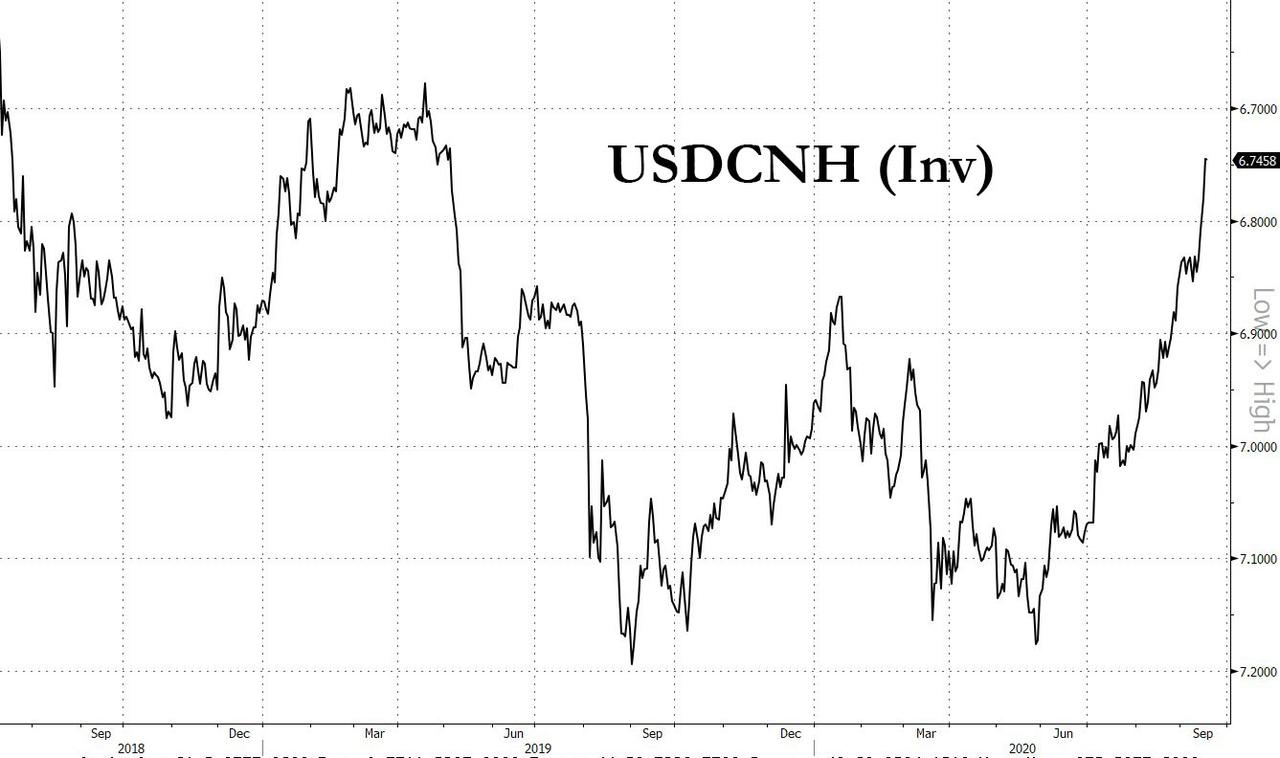 Since the dollar started weakening, the Bank of China has allowed the Yuan to strengthen against the dollar, thereby reversing some of the tariff-offsetting exchange rate moves. This may be an early indication that degloblization is in full swing and that exports to the Dollar block are no longer a priority for China’s central planners. Instead, they may be targeting their exchange rate on a trade weighted basis to a combination of Euro and Dollar.

We expect the Dollar to remain weak for the foreseeable future and recommend increasing allocations to Europe, where multiples generally are lower and dividend yields higher than in the U.S. market.

Another Disaster? FAA Finds Cracks On Wings In 5% Of Older Boeing 737s

Lessons Of The OPCW’s Douma Gas Attack Report: When The Narrative Fails, Lie