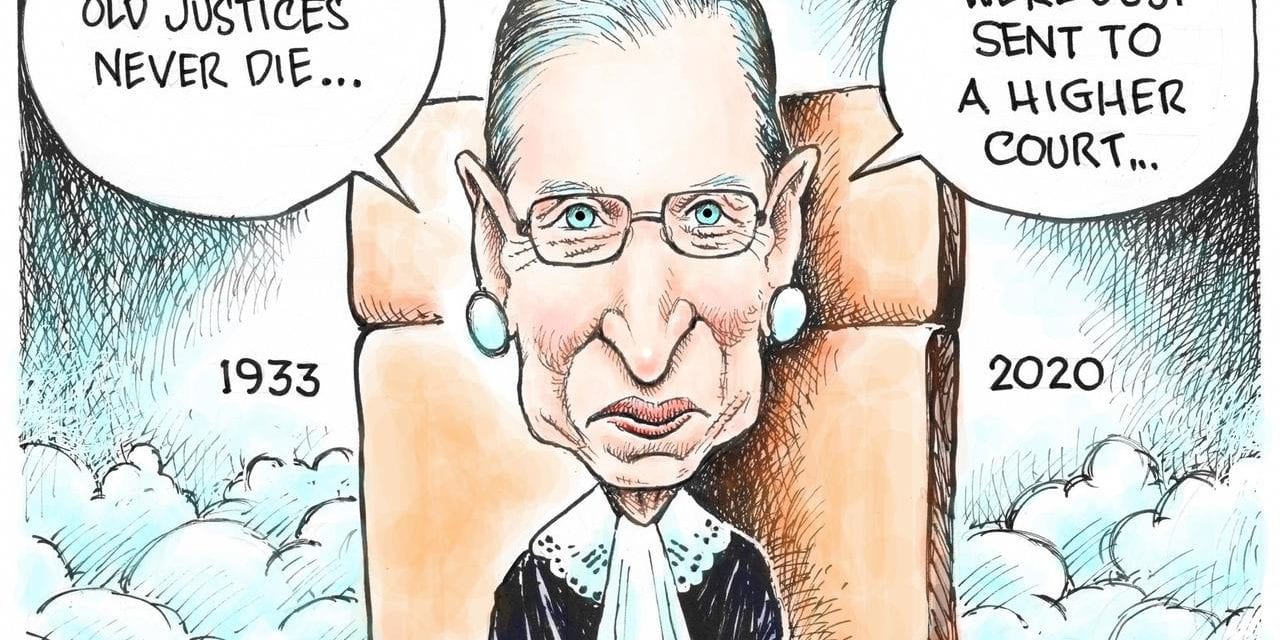 The political battles over who will succeed Ruth Bader Ginsburg as Supreme Court Justice have already begun with some demanding delays, some pushing urgency, others urging more radicalism, and all of this being super-amplified by every mainstream and social media feed, happy to use any old piece of fake news to make their point ever louder, and fearmonger the consequences of “the other side” getting to make their choice. 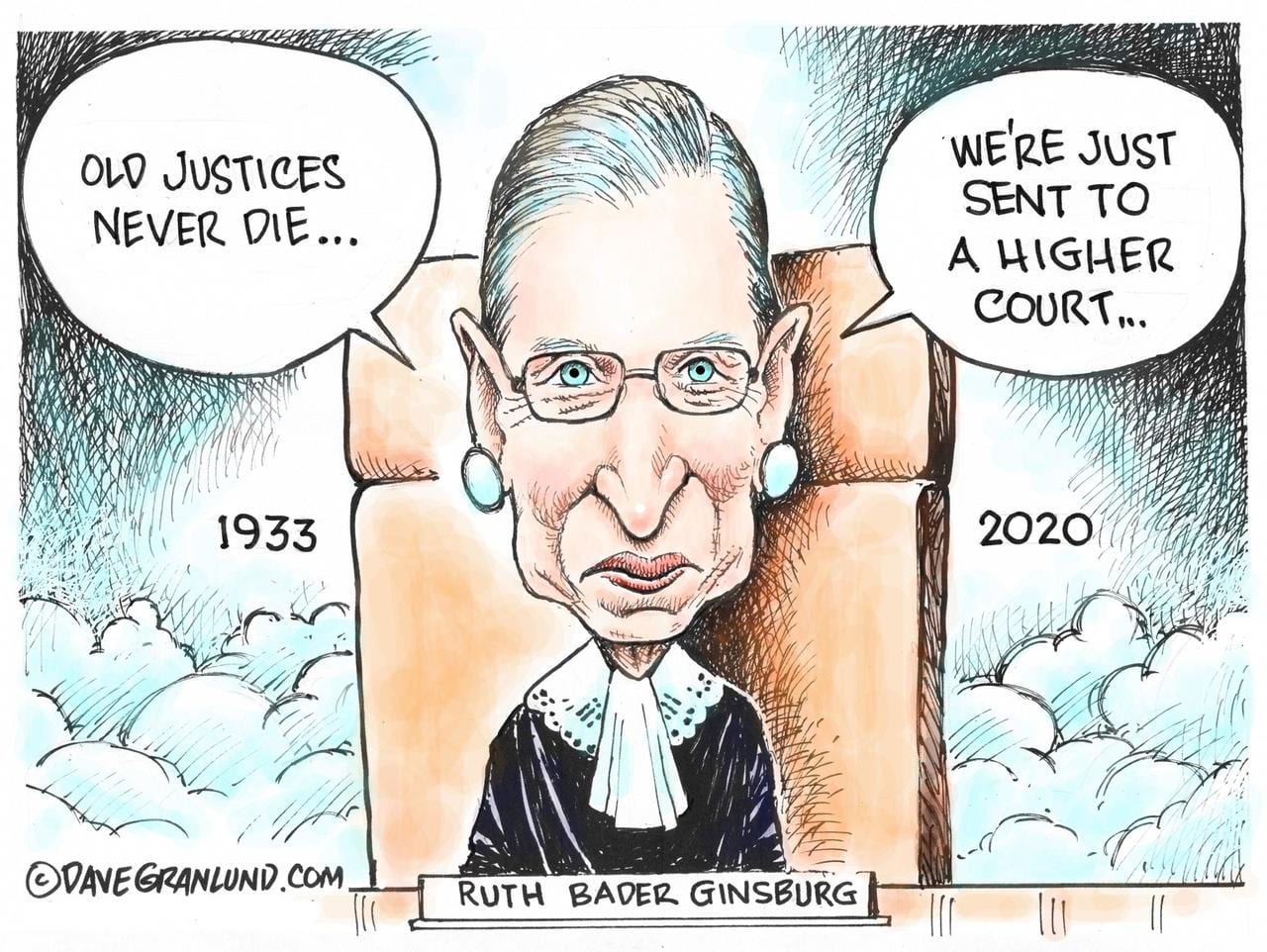 First things first is the timing.

Former president Obama has called for a delay in the decision until after the election (which presumably he believes Harris – and Biden – will win).

This is fascinating as it flies in the face of what his former vice president Joe Biden demanded in an NYTimes op-ed in 2016:

In my 36-year tenure in the United States Senate — nearly half of it as chairman or ranking Democrat on the Judiciary Committee — I presided or helped preside over nine nominees to the Supreme Court, from both Republican and Democratic presidents. That’s more than anyone else alive today.

That’s why I was so surprised and saddened to see Republican leaders tell President Obama and me that they would not even consider a Supreme Court nominee this year. No meetings. No hearings. No votes. Nothing. It is an unprecedented act of obstruction. And it risks a stain on the legacy of all those complicit in carrying out this plan. I would ask my friends and colleagues — and all those who love the Senate — to think long and hard before going down this road.

“I would go forward with a confirmation process as chairman, even a few months before a presidential election, if the nominee were chosen with the advice, and not merely the consent, of the Senate, just as the Constitution requires.” pic.twitter.com/4tiPjZZTHw

So, Obama calls for a delay; Biden says that would be unconstitutional! And President Trump agrees with Biden:

.@GOP We were put in this position of power and importance to make decisions for the people who so proudly elected us, the most important of which has long been considered to be the selection of United States Supreme Court Justices. We have this obligation, without delay!

A rush Job… or normal?

The Senate would need to move faster than usual to confirm a nominee before the election 45 days from now. The average time from nomination to Senate vote – after vetting and hearings – is 69.6 days, or about 2.3 months, according to a 2018 report from the Congressional Research Service.

However, there appears to be something wrong with their math as Undercover Huber (@JohnWHuber) detailed in a tweet-thread:

Nominee & days to confirm from nomination:

(Yes, four SCOTUS Justices had SAME DAY nominations and confirmations by the Senate. And Byrnes never even attended law school before FDR put him on the court)

For full context, the 18 Justices that took longer than 46 days from nomination to confirmation by the Senate, since 1900:

While the nomination time between now & the Nov 3 election is admittedly short given modern Senate gridlock, from a constitutional and historical perspective, 46 days is plenty.

Both Ginsburg and the Justice Ginsburg replaced were nominated and confirmed in less than that.

And Mitch McConnell in his letter said there was plenty of time. He cited Ginsburg’s nomination in 1993 which took only 50 days from the the time it was announced until she was confirmed.

“President Trump’s nominee will receive a vote on the floor of the United States Senate,” McConnell said.

And then there is the Who?

“Every one of these individuals will ensure equal justice, equal treatment, and equal rights for citizens of every race, color, religion, and creed,” Trump promised.

“Together we will defend our righteous heritage and preserve our magnificent American way of life.”

“Apart from matters of war and peace, the nomination of a Supreme Court justice is the most important decision an American president can make,” Trump said.

“Joe Biden has refused to release his list perhaps because he knows the names are so extremely far left that they could never withstand public scrutiny or receive acceptance,” Trump said.

“Our cherished rights are at risk including the right to life and our great second amendment,” Trump added.

“>Reuters  is reporting that a source said this morning that of the list, two female U.S. Appeals Court judges are on President Donald Trump’s short list of candidates to fill the Supreme Court vacancy.

The source told <a href=”

“>Reuters that Barbara Lagoa, a Cuban American, and Amy Coney Barrett were among the top contenders, adding that Trump was expected to announce a nominee in a matter of days.

Judge Barbara Lagoa was appointed by Trump to the 11th Circuit Court of Appeals in 2019.

Prior to that, Lagoa served as the first Hispanic woman and the first Cuban American woman on the Supreme Court of Florida.

A former law clerk for Justice Antonin Scalia, Larsen spent many years of her career as a professor University of Michigan School of Law.

She served in the George W. Bush administration in the US Department of Justice Office of Legal Counsel.

Larsen, 51, was appointed to the Michigan Supreme Court in 2015 before put up by Trump for the US Court of Appeals for the 6th Circuit in 2017.

She graduated first in her class from Northwestern University School of Law.

The most serious nominee, however, is believed to be Judge Amy Coney Barrett – who Trump nominated to the US Court of Appeals for the 7th Circuit.

A judge on the US Court of Appeals for the 7th Circuit, Barrett was on Trump’s shortlist for his second Supreme Court nomination, which ultimately went to Justice Brett Kavanaugh in 2018.

A graduate of Notre Dame University Law School, she clerked for the late conservative Justice Antonin Scalia and then spent two decades as a law professor at Notre Dame.

Barrett, 48, is a favorite of the religious right, and her deep ties to her Catholic faith earned her a grilling from Democrats during her confirmation hearings to the federal bench. California Sen. Dianne Feinstein memorably told her: “The dogma lives loudly within you, and that’s a concern.”

Barrett responded: “It’s never appropriate for a judge to impose that judge’s personal convictions, whether they arise from faith or anywhere else, on the law.”

Having previously written that Supreme Court precedents are not set in stone, the question of whether Barrett would vote to overturn Roe v. Wade would loom large over her nomination.

She and her husband, Assistant US Attorney Jesse Barrett, live in Indiana and have seven children.

We give the last words to Jonathan Turley, a law professor at George Washington University, noted that, “There is no replacing Ruth Bader Ginsburg and we all know it.

“She is the type of personality that comes few times in history,” he said.

“She was one of the most consistent and clear and courageous voices in the history of the Court.

“Her replacement by President Donald Trump could prove the most consequential and transformative nomination in the history of the modern Court. An array of legal doctrine currently dangle by 5-4 majorities.”

The most stress-inducing video edit ever https://t.co/6gqQuhrs3T

Inflation/Deflation: The Economy Is An Elephant