Submitted by Adventures in Capitalism,

Back in June of 2018, I wrote an initial piece on St. Joe (JOE – USA), owner of approximately 175,000 undeveloped acres along with assorted commercial real estate on the Florida Panhandle. My thesis was that the stock was trading at $18 and the land was worth a few times that figure. However, without a catalyst, I lost interest and focused on other investments with immediate catalysts. Normally this would be the end of the story; just another value stock trading at a fraction of fair value, lost in an ocean of value stocks. However, a lot has changed in two years and JOE is now my largest position. I think fair value today is north of $100 and it likely trades for a few hundred a share over the next decade. As a result, I thought an update was in order. 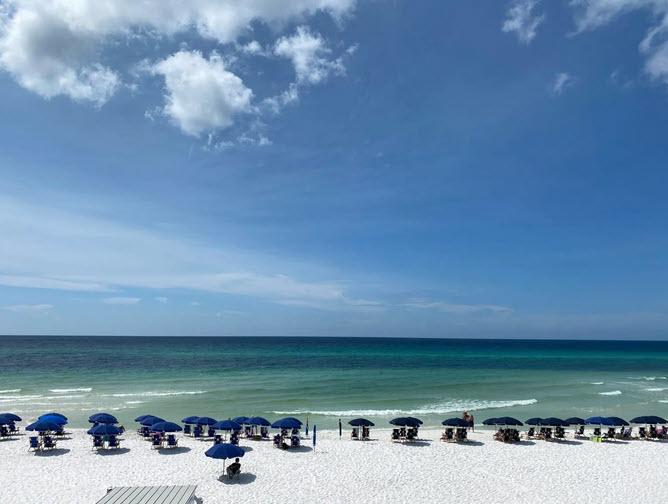 Back in May, when my mayor turned Miami Beach into a COVID penal colony, I fled north—to the Panhandle where beaches and bars were still operating normally. I hadn’t been there in two years, but the change was dramatic. There were new property developments popping up everywhere. Even with COVID, everything was crowded, clearly change was afoot. Maybe this shouldn’t have been such a shock to me. I had been reading about all the projects that JOE had on the go, I had seen the rapidly increasing revenues and cash flow, but until I was there, I couldn’t fully conceptualize it. The Panhandle is growing like mad and JOE is at the epicenter of all of it.

I have spent two decades of my life watching micro-trends, trying to catch the moment when they inflect. I don’t think I have ever before seen so many powerful trends converging on one stock in my career. To start with, you have inflation which is about to roar and land is one of the best protections against inflation. Then, you have population migrations. You have the flight from high-tax states to Florida with zero state income tax. You also have the flight from urban areas with their increasing violence and chaos, towards suburban areas. Finally, as “Project Zimbabwe” pushes asset prices into the stratosphere, those who are already long assets will increasingly be wealthier and purchase more expensive homes, which pushes JOE’s resale prices and margins higher as well. It’s all a virtuous cycle now as the Panhandle has finally hit the critical mass where it has a gravitational pull for high-end residents along with the amenities that they want.

Conceptually, I think of the land that JOE owns very much as the Hamptons out on Long Island. I remember going there as a kid and it wasn’t much more than potato fields, but as crime went crazy in NYC, the Hamptons became the playground for the 1%. If you owned those potato fields and turned them into high-end estates, you made an absolute fortune. JOE is about to repeat that but on a much grander scale as the Panhandle is already the Hamptons of the South—it’s mile after mile of multi-million dollar homes (see picture above).

In keeping with long-standing tradition on this site, I’ll focus on themes without getting bogged down by the numbers (that’s your job as analysts). If you want to understand how to value JOE, I recommend reading a write-up by my buddy, David Spier, from Nitor Capital Management on Seeking Alpha (sorry it’s behind a paywall). He’s cataloged all the data much better than I ever could.

People who know me well, may wonder why I’m so fixated on JOE, given that I tend to seek out high-torque investments and land plays are by definition slow-moving. The counterpoint is that I don’t know many companies that are growing revenues and earnings at 30 to 50% a year with a clear line of sight for years into the future. Even better, JOE trades at about ten times my estimated 2021 Funds From Operations (FFO) and a mid-single digit FFO multiple looking out a few years further. Even worst-in-class REITs have higher forward multiples, despite negligible growth prospects and high financial leverage, meanwhile JOE has a net cash balance sheet. Therefore, even just stepping up to near current fair value leads to a multi-bagger. Besides, I think the rapid revenue growth that they’ll report in 2021 finally gets JOE noticed. If not, when they sell out phase one of their Margaritaville development in the first few days, it ought to turn some heads as it will capitalize some of the supposedly least-valuable acres at nearly $100,000 each. Remember how the shortsellers keep saying that they’re only worth $1,000 each? In summary, these are SAAS-like growth rates at a pedestrian FFO multiple and you get the land-bank, worth a few times today’s quote for free.

Using inexact precision, let’s say that the land appreciates at 5% a year; if the land-bank is worth $100 a share today, that’s $5 per share in appreciation to equity annually. Add in the roughly $2 in FFO and you’re getting $7 a share on today’s $21 price. That’s a 33% return annually, even before management reinvests that capital at high rates of return or repurchases more shares (they’ve been buying back a few percent of the shares each year at less than 20% of fair value). I don’t know of any other opportunities with such high rates of return with such negligible downside, especially as I think management here is top notch. Meanwhile, I get a free look at much higher future rates of inflation through all the land ownership. As I think about JOE, I almost wonder why more people do not replace some of their gold with JOE—I know I have, as it’s a better way to play the same outcome but with more ways to win and a much lower starting point in terms of valuation. 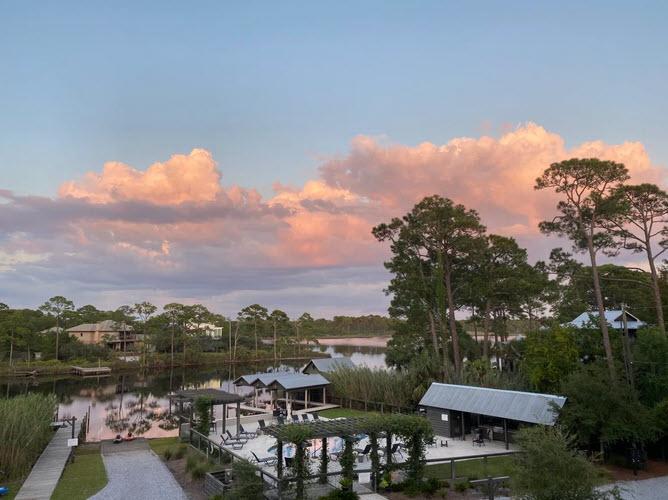 For me, JOE is the ultimate “forever compounder” and as more of the investment community wakes up to that fact, I suspect that the shares will appreciate towards fair value and probably well past fair value as they price in the inevitable growth of Florida. As a result, I’ve made JOE my largest position, particularly as the downside is so negligible and the upside is measured in many multiples of today’s quote. That said, please remember, this is a very long-term play—do not expect immediate fireworks here.

On a final note, I recently spoke about JOE on my monthly Kuppy Korner on Market Huddle. (My friends Kevin and Patrick do a great job keeping finance interesting and I highly recommend that you tune in each week). I start speaking at 1:08:00 and my JOE comments start at 1:17:30.