Will Germany Repatriate its Gold From New York If Trump Wins the Election?

Will Germany Repatriate its Gold From New York If Trump Wins the Election?

Submitted by The Gold Observer

During the Trump administration political ties between the U.S. and Germany have critically deteriorated. Recently, the U.S. imposed sanctions on companies working on Nord Stream 2, and announced to withdraw 12,000 troops from Germany. In 2013, when Germany repatriated gold from the U.S., the Germans communicated: we will not be threatened. 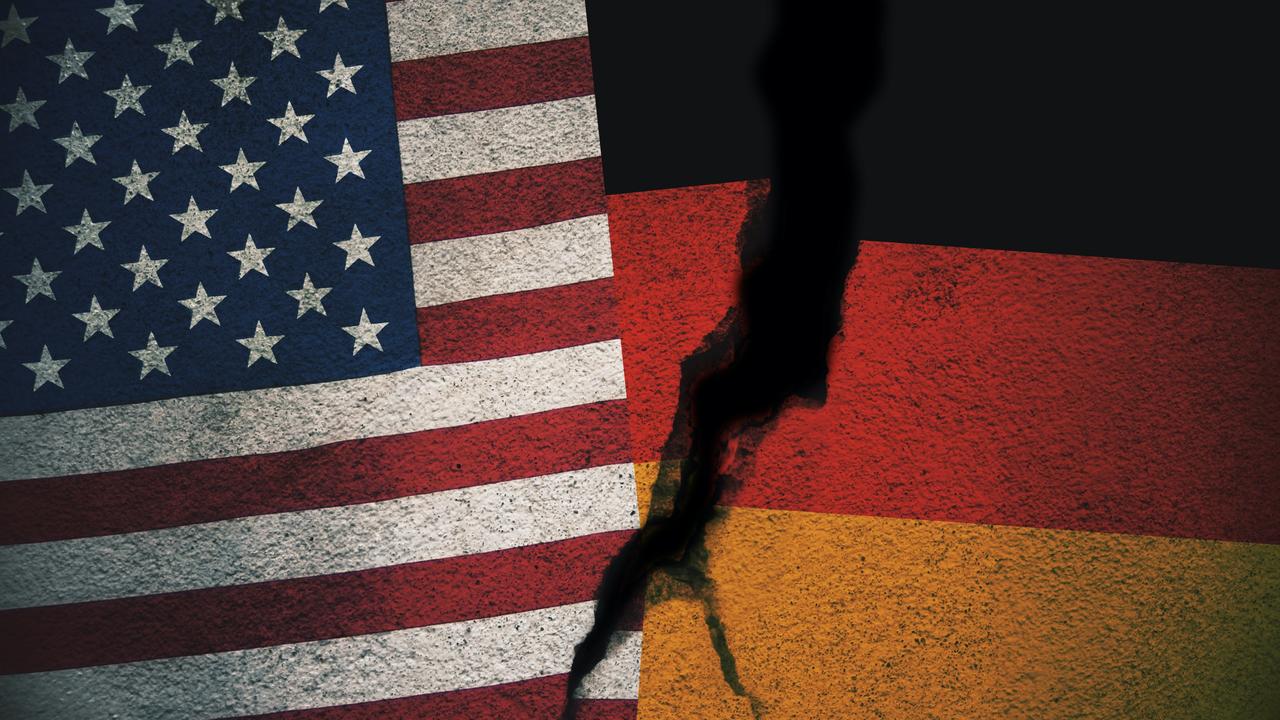 Gold is a political metal. “Whoever has the gold makes the rules,” as the saying goes. Because gold serves as the backstop of the international financial system, the global distribution of gold influences the balance of power. This is true for gold ownership, but it also applies to storage locations. The more of its gold reserves Germany stores at the Federal Reserve Bank of New York, the more leverage the U.S. has over Germany. It wouldn’t be the first time the U.S. freezes gold assets in New York to pressure foreign nations.

In a previous article we discussed how the last remnants of the gold standard were dissolved in 1971 (chapter: “The Rise and Fall of Bretton Woods”). During Bretton Woods the U.S. dollar was the world reserve currency, backed by gold at a fixed parity of $35 per troy ounce. All other currencies were pegged to the dollar. In 1959, the U.S. had printed and exported more dollars than it had gold backing them. Initially, European allies provided support to defend the gold-dollar parity in the free market through the London Gold Pool, and stabilize the international monetary system.

There was considerable critique of U.S. monetary policy, though. Surplus countries such as Germany blamed the U.S. for exporting inflation. As the U.S. kept exporting dollars through a balance of payments deficit, Germany had to print Deutsche marks to maintain their peg to the dollar.

Eventually, the London Gold Pool collapsed in 1968, and the U.S. suspended dollar convertibility in 1971. Bretton Woods came to an end.

From Our Archive: The Blessing Letter

All of Germany’s official gold reserves have been accumulated in between 1951 and 1968, but Germany hardly ever redeemed dollars for gold at the U.S. Treasury. Most of its gold was acquired through trade with nations other than the U.S. Although Germany had the largest dollar holdings at the time, it didn’t redeem them because the U.S. protected Germany from the Soviets; a service that came with conditions.

In 1967, the President of the German central bank (Bundesbank) was Karl Blessing. The Chairman of the American central bank (Federal Reserve) was William Martin. In a letter written by Blessing on March 30, 1967, he reaffirmed Martin that Germany wouldn’t redeem dollars for gold at the Treasury. From the Blessing letter:

By refraining from dollar conversions into gold from the United States Treasury the Bundesbank has intended to contribute to international monetary cooperation and to avoid any disturbing effects on the foreign exchange and gold markets. You may be assured that also in the future the Bundesbank intends to continue this policy and to play its full part in contributing to international monetary cooperation.

On the webpage titled “From our archive: The Blessing letter,” which was launched by the German central bank in 2013 just before it repatriated 300 tonnes of gold from New York, the Bundesbank cites an interview with Blessing from 1971. In the interview, Blessing calls himself into question regarding earlier concessions:

I state to you now [1971] that I feel myself to be personally culpable in this matter. I should have been more rigorous with regard to the US. The dollars that we were accumulating should simply have been rigorously converted into gold.

He [Blessing] explained that, at the time, fears of foreign policy implications, which would have led to the withdrawal of American troops from Germany, had been one of the factors that led him to give in to US demands.

Because the U.S. threatened Blessing to withdraw American troops, he was forced to promise not to redeem dollars for gold. Naturally, the U.S. wanted to have as few dollars redeemed as possible to sustain the dollar hegemony.

More information is in the full interview with Blessing (1971, Der Spiegel):

BLESSING: … then came the story of the troops.

QUESTION: You mean the Americans’ threat: If you don’t support the dollar, we will withdraw the troops from Germany?

BLESSING: … the threat was always in the background. Former U.S. High Commissioner McCloy once visited the German government and said: “Look, we’ve now had a Senate decision; there is soon a majority that we will withdraw our boys. We have to do something.” So, he called me at home on a Sunday afternoon at half past three and said: “I have to fly back tonight, can’t we see each other?” And I said to him: “My dear McCloy, your situation is clear, this is a balance of payments problem for you, nothing more. You have seen that we are sensible and do not convert our dollars into gold. I am even willing to give you that in writing for a certain time.” Unfortunately, the letter that I wrote back then is still valid today.

From day one Trump took office he has criticized other NATO members for not spending enough on defense, which impaired political ties with European allies. The situation escalated in 2019 when Trump imposed sanctions on firms working with Russia’s state-owned gas company, Gazprom, to finish the Nord Stream 2 pipeline to Germany. Trump wants to block Russia supplying gas to Europe, and demands the E.U. to buy American gas. Last July, the U.S. confirmed it would withdraw 12,000 troops from Germany.

Germans are no fan of Trump. The annual “The Fears of the Germans” survey, performed by R+V Versicherung, shows that in 2020 the people in Germany fear nothing more than Trump’s foreign policy.

I assume that after the Second World War, West-Germany mostly feared the Russians. But the tables have turned. In a survey by YouGov from 2019, it appears Germans see Trump as the greatest threat to world peace. Not Putin.

Germany might be waiting for the elections in the U.S., because Biden can change America’s foreign policy. If Trump wins, and trans-Atlantic alliances further deteriorate, I wouldn’t be surprised if Germany brings more gold home. The consequences will be significant. One, if Germany repatriates because of a political dispute, this can incentivize other countries to repatriate from New York as well, causing a run on the Fed. Second, Germany would emphasize the importance of gold, which hurts the credibility of the dollar.

If you enjoyed reading this article please consider to support The Gold Observer and subscribe to the newsletter.