At 1pm the Treasury concluded the weekly trifecta of record-sized coupon auctions, when after the sale of the biggest ever 2Y and 5Y Treasurys, moments ago the largest-ever 7Y auction also hit the market with the sale of $53BN in paper, $3BN more than last month.

The similarities however end there, because while the week’s previous two auctions priced at or near record low yields, today’s sale on the belly of the curve was ugly to say the least, pricing at 0.600%, a big, 1.2bps tail to the 0.588% When Issued, and sharply higher than the 0.462% high yield in September.

The internals were just as deplorable, with Indirects taking down 60.9%, the lowest since January, and well below the 6-auction average of 64.6%. And with Directs taking down 14.3%, Dealers were left with 24.9% of the auction, which they will surely flip to the Fed at first opportunity. 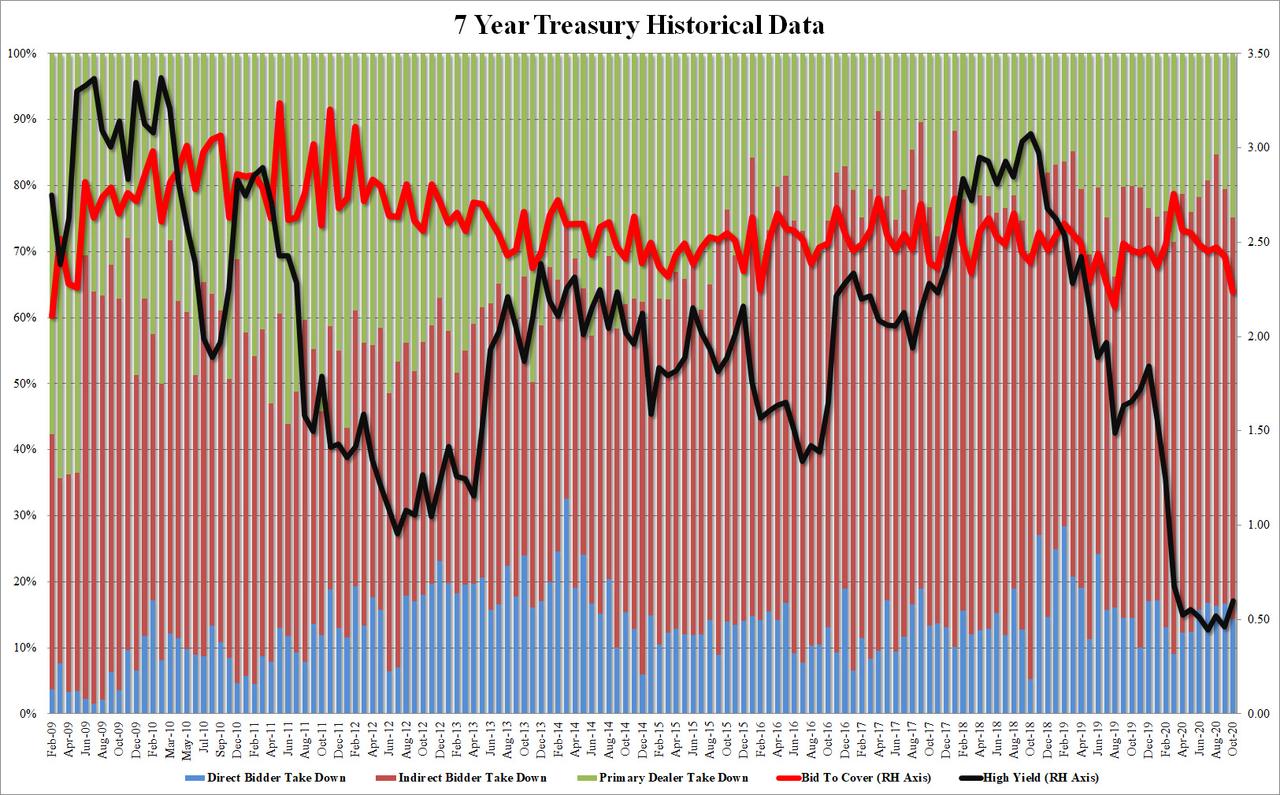 Overall, an ugly, tailing auction with disappointing bidside demand, and when news of the results hit, the 10Y yield which was already pushing far higher on the day, spiked to the HOD of 0.82%, nearly 5bps higher on the day. 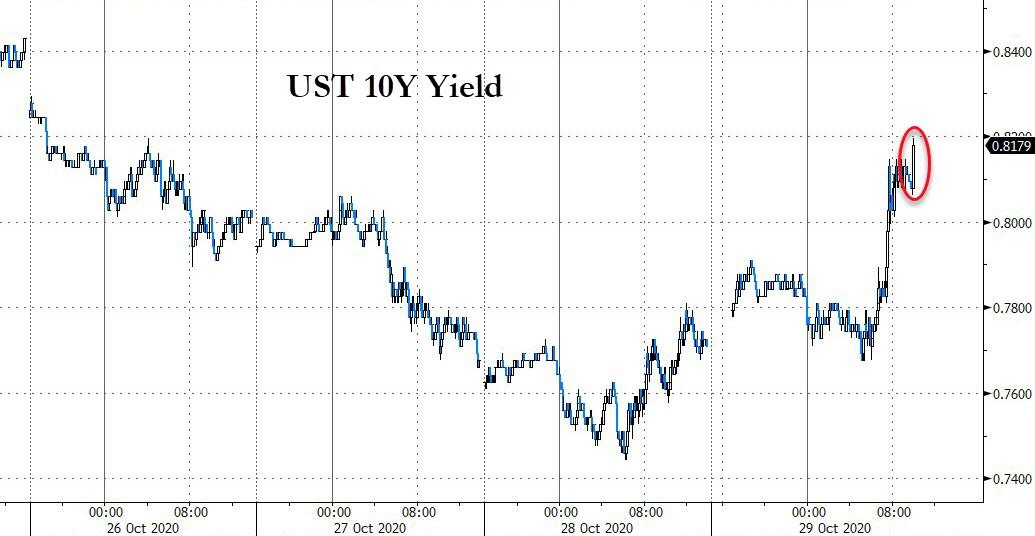 And while we await next month’s 10Y auction for confirmation, maybe there is such a thing as too much supply and the death of the 60/40 model.

How to Unfreeze the Post-Pandemic Economy

What You See When You Visit the Chernobyl Exclusion Zone