French satirical weekly magazine Charlie Hebdo published a new magazine this week, featuring three beheaded can-can dancers mocking Islamic extremism and the terrorist organizations who have been responsible for the latest string of attacks in the country.

“France will always be France,” the cover of the magazine read, comes on the heels of a series of terrorist attacks in France and Austria that have been linked to Islamic extremists. 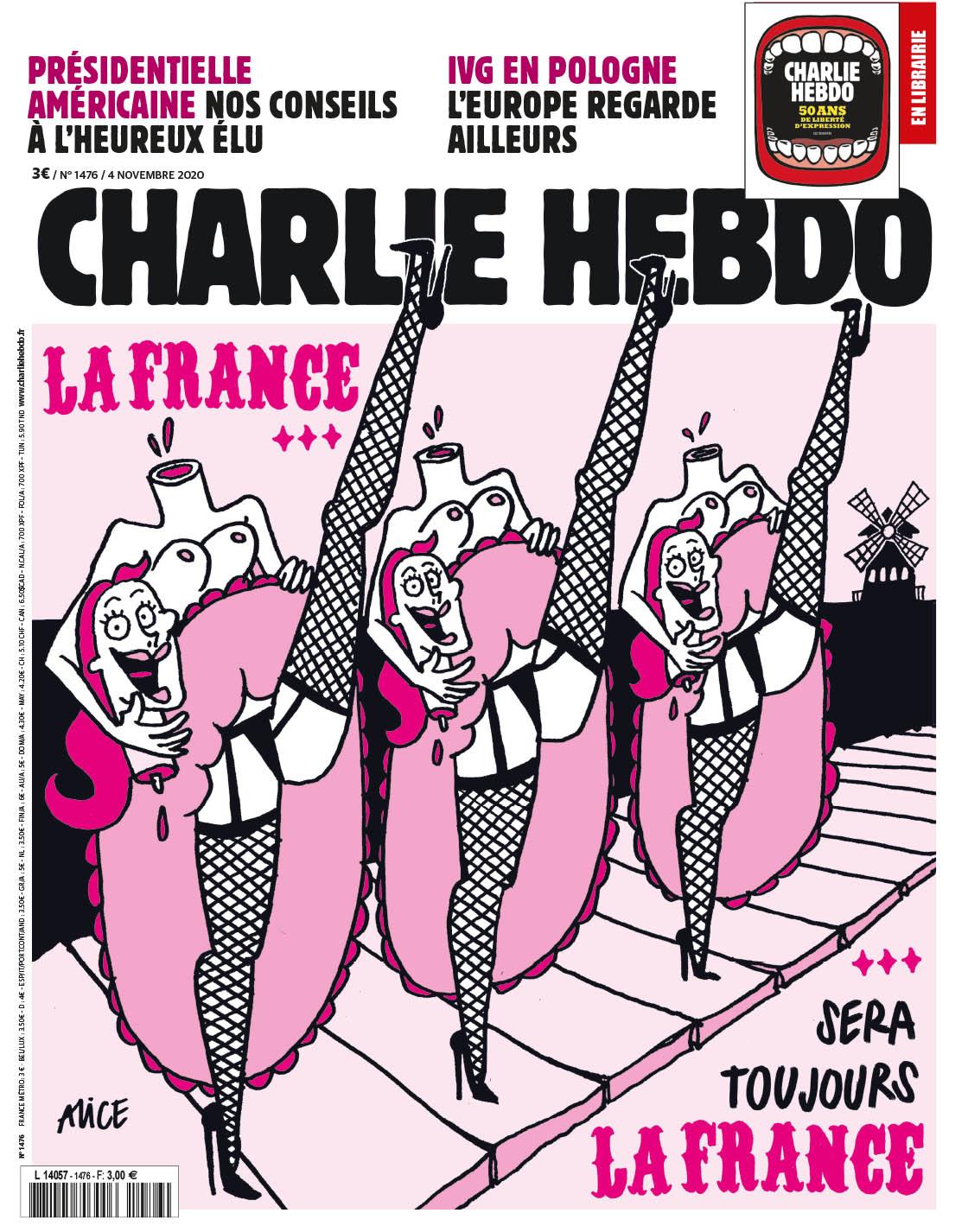 Charlie Hebdo’s editor recently stated that the publican would continue to criticize those who want to harm France.

“We need strong actions to stop Islamism but also to condemn the slightest gesture, the slightest intolerant or hateful word toward French people of immigrant backgrounds. Because France isn’t divided between Muslims and non-Muslims, between believers and non-believers, between people with French roots and French people of immigrant backgrounds,” wrote Charlie Hebdo’s editor, who goes by the name Riss.

The country had been attacked “by Islamic terrorists,” Macron said last Thursday.

“If we are attacked, it is because of our values, our values of freedom and our desires not to yield to terrorism,” he said.

In October, an Islamic extremist beheaded a French middle school teacher who showed his class cartoons of the Prophet Muhammad by Charlie Hebdo during a freedom of expression lesson. And in September, two people were seriously wounded in a knife attack near the former office of Charlie Hebdo.

This autumn has been utter hell for France, reeling not just from terrorist attacks but also from a virus pandemic and economic downturn.

Sweden Makes It Legal For Jihadist Migrants To Leave With The Intent Of Committing Terror Acts, Then Return