Talk of “Unity” Is Both Hypocritical and Delusional 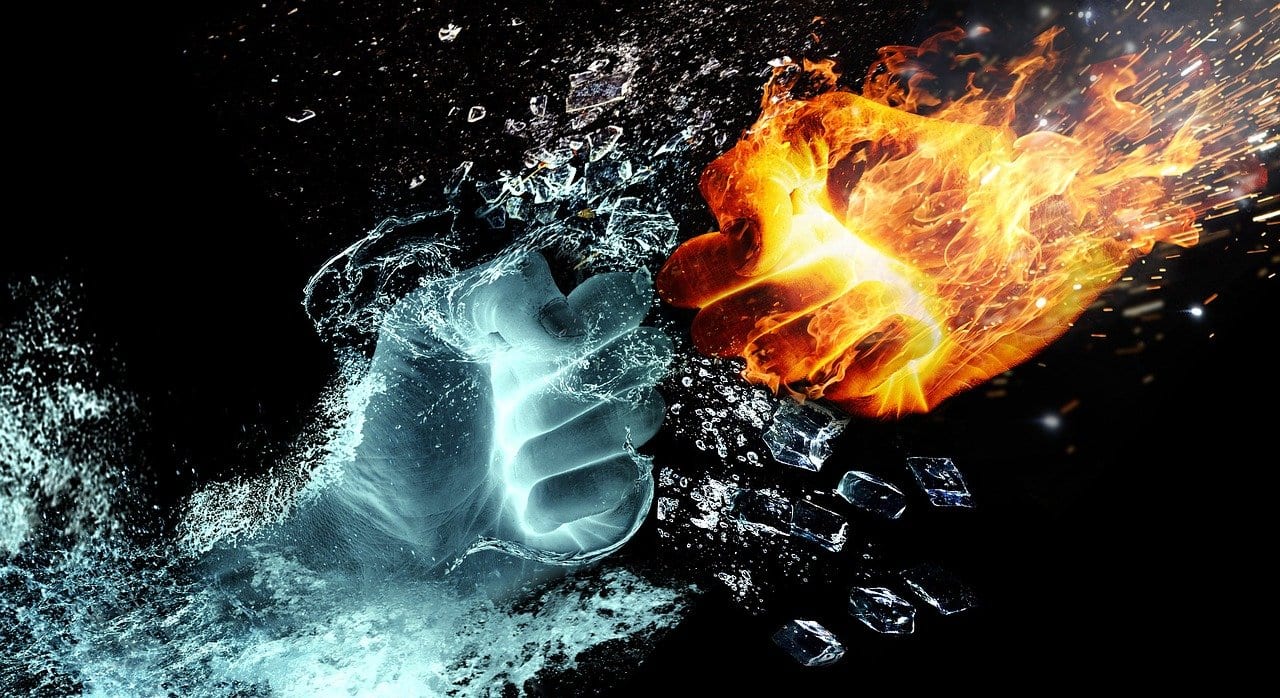 In Joe Biden’s address after being declared president-elect by news organizations, he promised to be a leader who “seeks not to divide but to unify.” Making that assertion after the campaigns we have seen, not to mention the light-years-apart treatment of the candidates, while Donald Trump is still adamantly disputing the election because of alleged Democrat malfeasance is, at a minimum, ironic. And it would be the height of hypocrisy if only a few of Trump’s claims of cheating are true. But we need to go further and recognize that even the possibility of Joe Biden uniting us is a delusion.

Agreement on the specific ends we want to achieve is unattainable because our desires are mutually inconsistent. Our agreement is very limited on even very broadly defined issues, and once we look further than vague, aspirational language and feel-good generalities, Americans disagree on virtually everything.

All of us want to be fed, clothed, housed, educated, etc. We agree in that sense. But we disagree about virtually every aspect of who, what, when, where, why, and how. We want different types and amounts, in different ways, at different times and places, and for different people. We are vastly different in the tradeoffs we are willing to make among our desires, not to mention who we think should pay our bills. Once we consider any of the myriad actual choices faced, the fact of scarcity necessitates that our specific ends conflict, rather than align.

Consider a mundane example played out daily in our homes—breakfast. Does everyone in your family agree on “the most important meal of the day”? Does everyone even eat breakfast? Does each member have coffee, a cold caffeine drink, or neither? Juice? What kind? Are all agreed on when, where, what, or how much to eat? Do we agree on who should pay for breakfast, cook it, and clean up after it? Do we agree on the “dress code” that should apply, either at breakfast or afterward?

Diverse individuals have diverse preferences. Multiplying this single example by the uncountable decisions that must be reached in society every day makes our fundamental disunity clear. And we are no more unified when we get to public policy. We are not in agreement about people’s rights and government powers that some view as essential but others view as unforgivable. The same is true of many foreign policy choices. We cannot be unified as “one nation under God” when some vehemently reject any reference to God. We cannot be unified about abortion when some view it as murder and others consider it sacred. Policies that take from some to give to others also inherently create disagreement from those whose pockets are involuntarily picked. Reducing what we take from some, entailing giving less to others than they wish, also triggers disagreement. So long as government dictates such choices, political unity is unattainable.

In fact, politics as currently practiced eviscerates the one thing Americans could agree about. This reflects the far-too-little-recognized fact that we have greater agreement on what all of us want to avoid than on what all of us want. None of us wants what John Locke called our “lives, liberties, and estates” violated. That is, each of us wants rights and property defended against invasion. Respecting all of our property rights reduces the risk from predation for each of us. But creating added rights and privileges for some at the expense of others’ equal rights and privileges makes government the most dangerous predator, even when who is selected to do so is determined by majority vote.

Each of us would like the freedom to peacefully pursue our own goals. As Lord Acton put it, “liberty is the only object which benefits all alike, and provokes no sincere opposition,” because freedom to choose for ourselves is always the primary means to our ultimate ends. That is why the traditional functions of government are to protect us from abuse by our neighbors and foreign powers, while its greatest threat is supposed protectors becoming predators against citizens. That is why Acton recognized that liberty requires “the limitation of the public authority.” But we are incredibly far from agreement on that today.

Well-established property rights and the voluntary market arrangements they enable let individuals decide for themselves, limiting each of us to persuasion rather than coercion. Except in the very unusual case where we must all make the same choice, this allows us to better match our choices to our preferences and circumstances. And unlike minority votes in elections, every dollar “vote” matters.

In fact, we should recognize that markets are our primary means to transform our disagreements into mutually beneficial cooperation, while restrictions on markets hobble that essential function.

Say I offer you a widget for sale at $10 and you say yes. That does not mean we agree on its value. We disagreed. I valued it at less than $10 worth of other goods and services, or I wouldn’t have sold it for that. You must have valued it more than $10, or you wouldn’t have bought it for that. Importantly, however, we have transformed our disagreement on values into an exchange that gives both of us benefits we consider to be worth more than the costs.

In contrast, talk of political unity is primarily rhetorical cover for those who are in power to coerce those who disagree with them. They benefit themselves at others’ expense, taking others’ resources and making them acquiesce in what they object to. And unlike markets, in which greater disagreements about value create greater net benefits from voluntary arrangements, “unifying” political initiatives are just ways to control who will be forced to do what for others, driving Americans apart while hamstringing cooperative arrangements and squandering the wealth they would have created.

Grand invocations that “I will unify us” are actually shorthand for “We disagree about many things, but those in this group are unified against others’ preferences, and we mean to get our way, regardless of their well-being and desire,” which is made clear by the demonization of anyone who doesn’t support the supposed “unity” position as divisive. That kind of unity is tyranny. Strengthening our union actually runs along a different path than the unity of 50 percent plus one, unified against the interests of others. It is uniting in a common commitment to honoring one another’s rights and the liberty this makes possible for all of us. Without unity in that, we can never achieve the kind of unity that is actually desirable and achievable. The alternative is the prospect of more of what we have experienced of late, which resembles what Thomas Hobbes called “a war of all against all.” But if we are united only by the ongoing fight to win that war against other Americans, we are selling out the birthright we have from our Declaration of Independence and Constitution.

Source: Talk of “Unity” Is Both Hypocritical and Delusional | Mises Wire

The Mises Institute exists to promote teaching and research in the Austrian school of economics, and individual freedom, honest history, and international peace, in the tradition of Ludwig von Mises and Murray N. Rothbard. These great thinkers developed praxeology, a deductive science of human action based on premises known with certainty to be true, and this is what we teach and advocate. Our scholarly work is founded in Misesian praxeology, and in self-conscious opposition to the mathematical modeling and hypothesis-testing that has created so much confusion in neoclassical economics. Visit https://mises.org

Gary Lineker is an Idiot