Having traded near sessions highs, the Emini swooned nearly 20 points lower as fiscal stimulus noise and signal returned to the forefront after Sen Mitch McConnnell spoke in the Senate and agreed that while “there should be another fiscal stimulus package,” he caveated that he was not interested in “dramatically larger” stimulus. As a reminder, one month ago, McConnell advocated for a $500BN package, while Democrats led by Nancy Pelosi argued for a 2.2TN package in earlier negotiations with the White House coming on the side of Democrats in demanding an even higher stimulus.

However, perhaps due to its bigger challenges with challenging the election outcome, the White House drive for a mega stimulus has now fizzled, with Bloomberg reporting that the Trump administration is now stepping back from stimulus talks. Previously, the administration and its Secretary of the Treasury Ben Mnuchin acted as the liaison for congressional Republicans and Democrats. The focus will now rest primarily on interactions between McConnell and Pelosi until President-Elect Joe Biden is sworn-in January 20.

According to Bloomberg, the White House move “greatly diminishes the chances of a trillion-dollar or more stimulus for the U.S. economy before January.”

The paradox in all of this is that if Trump fails to overturn the election outcome, he will hand Biden a $1.6 trillion blank check: that is how much cash is currently in the Treasury General Account which the US government could quickly distribute to the population… if it so wanted. 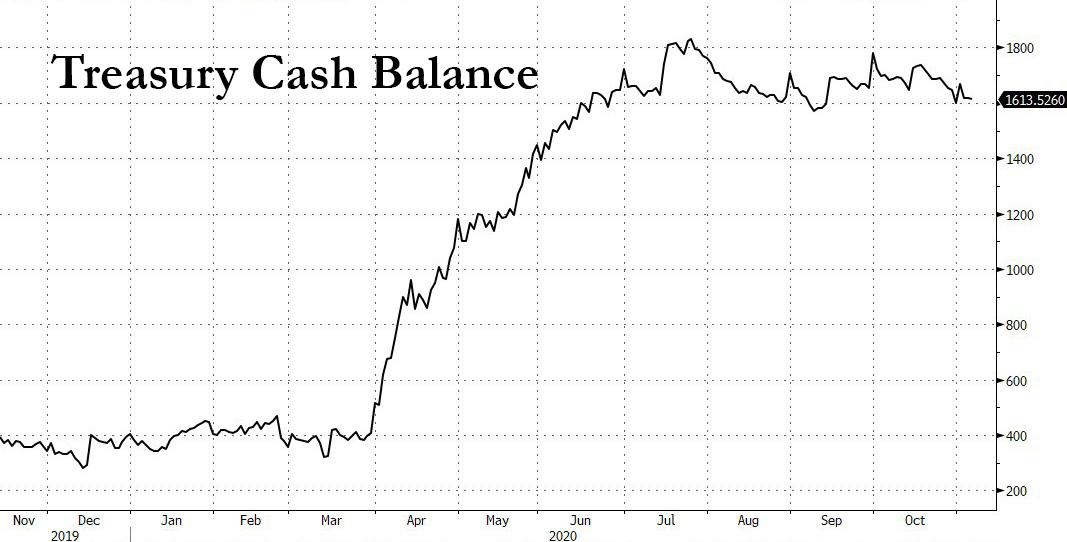 Meanwhile, as odds of a fiscal stimulus were sliding – amid fading euphoria that the Pfizer vaccine would act as a proxy stimulus as it would take much longer than the market initially expected for the vaccine to impact a majority of the population – Fed Chair Powell said that Congress and/or Fed will need to do more, suggesting that as Fiscal stimulus odds fade, monetary stimulus odds rise:

Following the news, ES dropped about 20 points but has since recovered some of the loss… 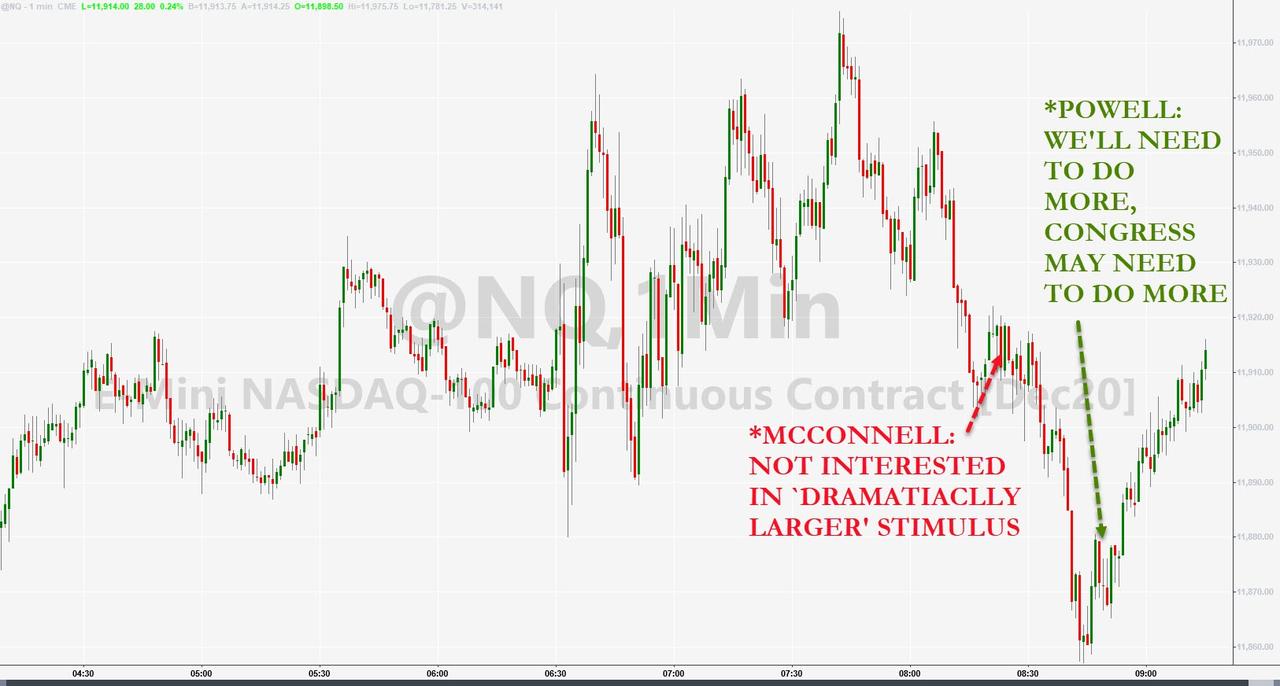 … while 10Y yields dropped to session lows, briefly sliding below 0.90%.

What Difference Does It Make?

“A Murderer’s Row”: Oil And Gas Bankruptcies To Accelerate As $137 Billion Debt Matures Over Next Two Years

The Next British Prime Minister: Is There a Least-Worst Candidate?