South Dakota Governor Kristi Noem (R) has made clear that she won’t be enforcing any potential ‘mask mandate’ from a Biden administration, citing a lack of authority, according to a statement made to local outlet Argus Leader. 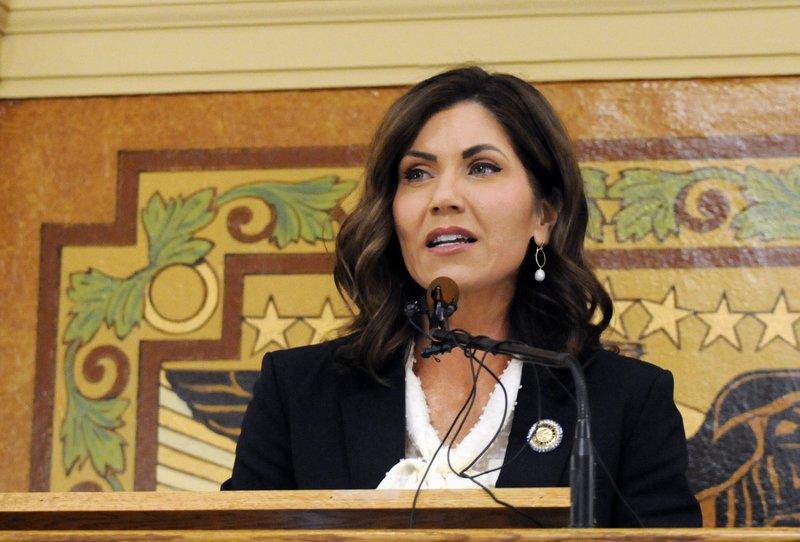 “It’s a good day for freedom. Joe Biden realizes that the president doesn’t have the authority to institute a mask mandate,” said Noem’s communications director, Ian Fury, adding “For that matter, neither does Governor Noem, which is why she has provided her citizens with the full scope of the science and trusted them to make the best decisions for themselves and their loved-ones.”

The announcement comes as likely President-Elect Biden ramps up lockdown messaging so he can promptly blame President Trump on January 21 for not doing so.

I am alarmed by the surge in reported COVID-19 infections, hospitalizations, and fatalities. This crisis demands a robust and immediate federal response which has been woefully lacking.

Noem has staunchly opposed lockdowns and mask mandates throughout the COVID-19 pandemic – with the first-term governor adopting a ‘freedom first approach’ which eschewed what she’s framed as “draconian lockdowns,” according to The Blaze.

“We already know that lockdowns don’t stop the spread of the virus. However, they destroy small businesses and jobs, and they make it difficult for families to put food on the table,” Noem wrote on Thursday.

We already know that lockdowns DON’T stop the spread of the virus. However, they destroy small businesses and jobs, and they make it difficult for families to put food on the table.https://t.co/ktDPedRM9e

While Biden is constitutionally prohibited from compelling state governments to adopt and enforce mask mandates, transition team senior advisers say the former Vice President will begin the process of contacting governors and mayors across the country to pressure them into compliance. According to the report, 33 state governments have implemented some type of mask requirement for going out in public.

According to the Argus leader, as of Friday 62,327 South Dakotans have been diagnosed with COVID-19 since the pandemic began, and 568 have died from the virus or from complications related to it.

In an October op-ed for the Rapid City Journal, Gov. Noem explained why mandatory masking as a “one-size-fits-all approach” to combating the virus is not right for South Dakota.

“In many other places — from Los Angeles and Miami to London and Paris — cases have exploded despite the existence of mask mandates and other harsh restrictions,” Noem wrote. –The Blaze

Noem laid out her stance in an October Op-Ed:

There are times when masks are appropriate. For example, masks are a smart precaution when caring for a symptomatic person who is coughing or sneezing. Masks are also recommended in hospital settings. Data suggest that N95 masks can be effective when worn appropriately – changed regularly, fitted properly, and not touched. But if you’re alone in a park, or hunting in a field, risk of transmission is negligible, even without a mask.

Oxford’s Dr. Carl Heneghan, also the editor-in-chief of British Medical Journal Evidence-Based Medicine, says: “It would appear that despite two decades of pandemic preparedness, there is considerable uncertainty as to the value of wearing masks.”

Though they’ve flipped-flopped on this issue, even the World Health Organization wrote this summer, “the widespread use of masks by healthy people in the community setting is not yet supported by high quality or direct scientific evidence and there are potential benefits and harms to consider.”

There are many others who question the effectiveness of masks, and South Dakotans should take the time to read this information so they can make informed decisions for themselves and their families. As I’ve said before, if folks want to wear a mask, they should be free to do so. Similarly, those who don’t want to wear a mask shouldn’t be shamed into wearing one. And government should not mandate it. We need to respect each other’s decisions – in South Dakota, we know a little common courtesy can go a long way.

EU At The Crossroads: Integration Or Disintegration