Bitcoin’s Gut Check: The Time Of Crisis As The Moment Of Truth

Bitcoin’s Gut Check: The Time Of Crisis As The Moment Of Truth

Authored by Marc Bernegger via CoinTelegraph.com,

If Bitcoin weathers the current financial storm, our monetary system will be on the brink of dramatic changes or even a revolution. 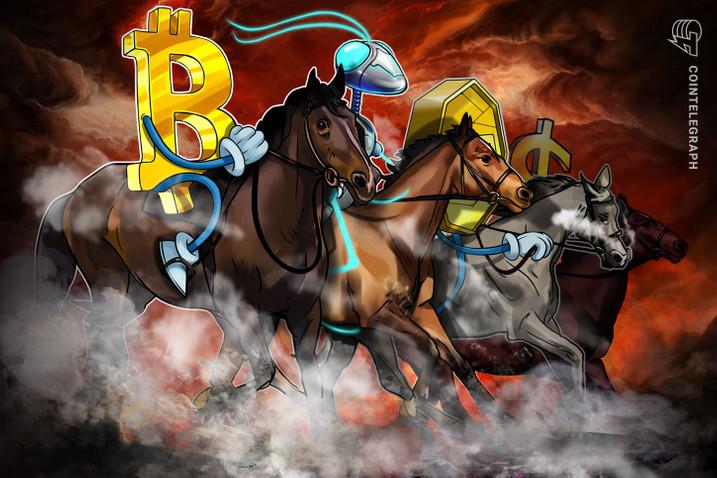 We are at a turning point in history. The coming months will show how institutional investors will react in the medium term to the countless rescue packages in the wake of the coronavirus crisis. One thing is certain: States and central banks have been hard-pressed for solutions. Moreover, it looks like their efforts have been exhausted already at the start. Should investors end up losing faith in the measures taken, the consequences would be far more dramatic than a short-term stock market crash.

No one can foresee today what our future monetary system will look like, but the history of money has been marked sometimes by radical system changes. Today’s historical interventions in the free market are unparalleled, especially given their magnitude, and will no doubt in hindsight be seen as the beginning of the end of our current monetary system with its fiat currencies “made out of nothing.”

Is Bitcoin (BTC) “digital gold” and a “safe haven” currency? Yes, now more than ever before.

Bitcoin was created in 2008 in response to the financial crisis­, and the present-day chaos on the global financial markets is the first major test of its ability to assert itself as an alternative and a new asset class. However, when liquidity is needed, as it is now, everything is sold, especially risky assets. John Bollinger, the creator of the so-called Bollinger Band, a technical indicator for price developments, rightly noted that in times of crisis, investors will “sell whatever they can sell,” and only after assets have been turned into cash is an investment made in crisis-proof assets — e.g., gold.

In contrast to state-run monetary watchdogs who have been trying to safeguard “a continuously functioning market” by pumping in “avalanches” of money (and not just since the coronavirus outbreak), the pricing of Bitcoin is regulated without any intermediary interference and is solely based on supply and demand. There is also a cap to the number of Bitcoins that can be created — 21 million — and this means that in contrast to traditional fiat currency, no new Bitcoins can be arbitrarily printed.

New Bitcoins are “mined” in the same way that other commodities are — e.g., gold — but through a complex and clearly defined process. No one is able to alter the number of newly generated Bitcoins.

It will be a clear advantage for our traditional monetary system to have alternatives to fall back on in the likely event of hyperinflation. “Creative instruments,” such as helicopter money and similar interventionist measures, are not possible in the same way with Bitcoin, and neither governments, (central) banks nor other institutions are able to manipulate and/or change the parameters of this new decentralized asset class.

Since the hegemonic power of the United States has been also weakening, the topic of reserve currency will at some point be on the table. Already today, it is foreseeable that Bitcoin and other cryptocurrencies will compete with digital currencies issued by state governments.

Is Bitcoin a “global digital currency?” This might sound like science fiction, but it is actually not that unfounded.

Meanwhile, institutional investors have started to see the attraction of crypto assets. However, in times of crisis, they are often quick to withdraw their capital from risky investments, and Bitcoin is still classified as such by the majority.

Personally, I am convinced that Bitcoin, as well as other digital assets, can only benefit from the current developments and their dramatic long-term consequences.

COVID-19 Deaths Near 1 Million As Outbreaks Worsen In US, Europe: Live Updates