While various Fed speakers are vowing this week that there will be no rate hikes until at least 2023 or 2024, the Fed may be surprised to learn that if it were to broaden its definition of inflation, it would find it is quite ample already.

One month ago, we looked at the housing market which we said was in the middle of a buying “frenzy.” Today’s Case Shiller data merely confirmed this, with the 20-City Composite index surging at a stunning 6.6% Y/Y in September, more than 1% higher than August (and smashing expectations of a 5.3% print), and the highest in 30 months.

But the real shocker was looking at the component cities that make up the composite index. Here, not only is the housing bubble clearly back in certain Western cities such as Phoenic, Seattle, San Diego and LA, all of which posted a 9.5% or higher increase in annual home prices, but more remarkably even the lowest increase – that of New York – was no less than 4.3% (up from 2.8% just last month).

This means that every major US city saw home price increases that were more than double the Fed’s stated 2% inflation target (although under the new Average Inflation Targeting, the Fed’s so-called target is a fluid number and can be whatever the Fed decides it is). 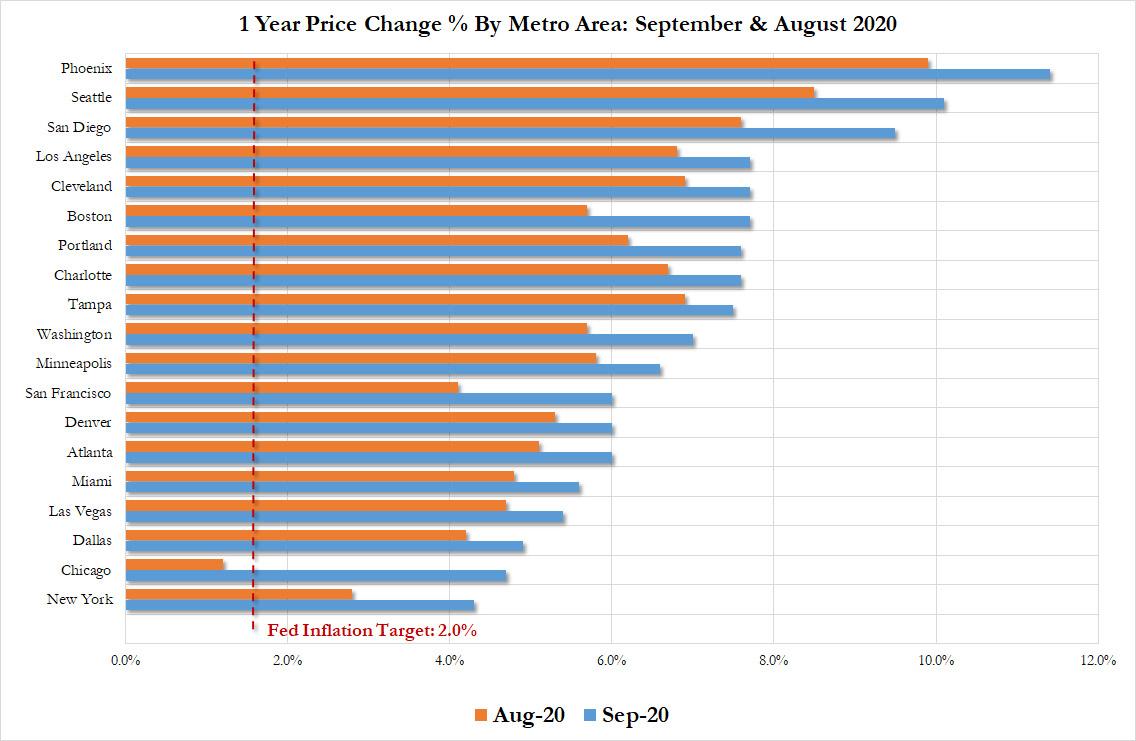 But why should we – or central bankers for that matter – care about soaring home prices? For the answer look no further than New Zealand, whose central bank just 6 weeks ago warned that negative rates could be coming, yet where home prices have soared so much, overnight the Finance Minister Grant Robertson sent a letter to the central bank expressing concerns over how low rates have stoked home prices, and asking the RBNZ to include home prices to its monetary policy remit in order to halt the staggering surge in prices and force the central bank to consider tightening financial conditions only due to out of control home prices.

The result, as we reported earlier, was a surge in the New Zealand dollar as odds for a rate cut in 2021 collapsed and the market is on the verge of pricing in a rate hike.

Is this relevant for the US? Well, if one takes Yellen at her word that she is worried about wealth inequality, what other more relevant sector is there to focus on boosting the net worth of lower and middle classes than housing, and specifically making it more affordable so that more Americans can afford buying a home rather than be stuck as renters all their lives.

Of course, if this becomes a concern for the Fed, and considering the unprecedented spike in home prices in recent months, the first rate hike will take place not in 2024 but some time in 2021 as the Fed continues to inject an unprecedented 0.6% of GDP into the market every single month, ensuring that the housing bubble gets bigger with every passing month. 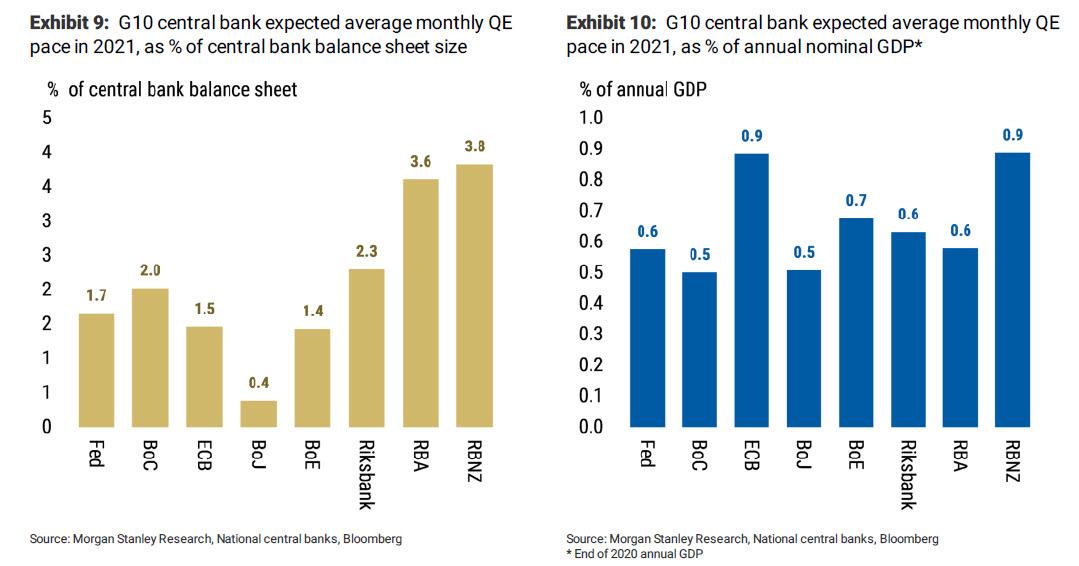 Alas, none of this matters because Yellen is a “progressive” only to sycophant financial commentators and politicians who merely regurgitate talking points for political purposes and/or career advancement. As such, the only chart that matters is this one from Morgan Stanley. 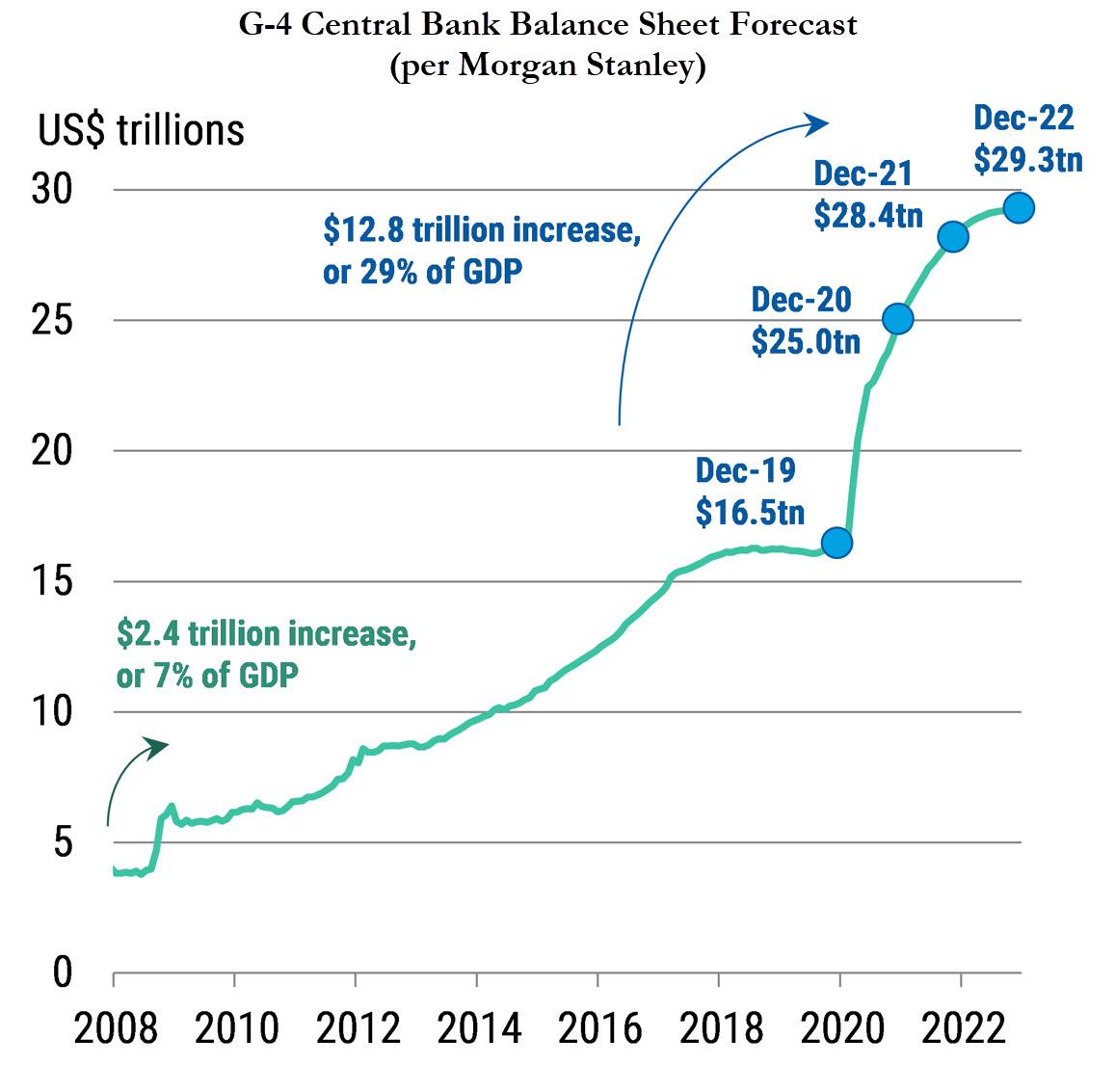 With trillions more in liquidity injection on deck for the next several years, something the stock market has just priced in today with the Dow hitting 30,000 for the first time ever, we can’t even imagine how fast home prices will be rising in a few months’ time, let alone around the time the Fed is expected to proceed with its first rate hike, sometime in 2023 or 2024.

What Happens If Salvini Goes Mini-BOT On The EU?