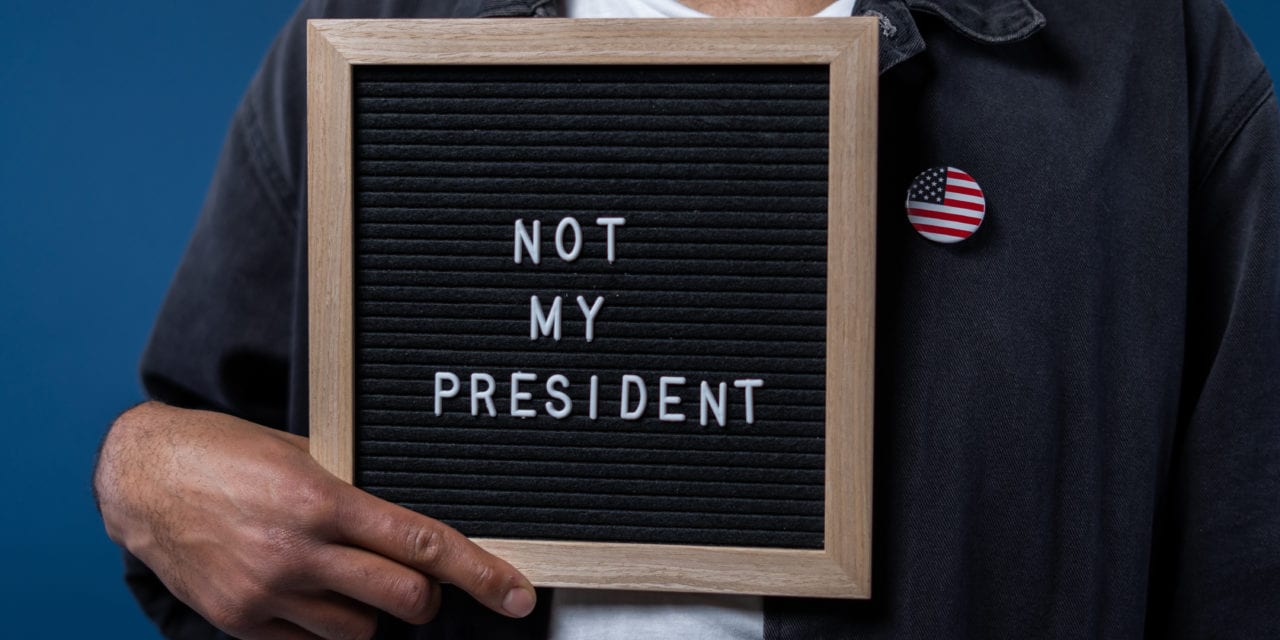 There’s at least one good reason to support Donald Trump’s ongoing lawsuits challenging the election results in several states: the US foreign policy establishment doesn’t want you to.

As Newsweek reported last week, “A group of more than 100 national security experts” from Republican administrations have condemned the president’s challenges to some states’ vote-counting process. These “experts” are claiming these legal efforts “undermine democracy” and “risk long-term damage” to the nation’s institutions. The signatories include people like Michael Hayden, John Negroponte, and Tom Ridge. These are the usual sort of “deep state” technocrats—for example, James Comey and John Brennan—who chime in to defend the status quo in the United States and insist it is an outrage that anyone (i.e., Donald Trump) departs from the usual way of doing things.

[Read More: “It’s Trump vs. the Deep State vs. the Rest of Us” by Ryan McMaken]

This alleged devotion to “democracy” and “the nation’s institutions” rings a bit odd coming from people like Negroponte and Hayden. Hayden, after all, has supported a litany of spying programs, torture, and the wholesale destruction of the human rights of both Americans and countless foreigners. Negroponte was the first director of national intelligence and has long supported spying on American citizens without a warrant. He oversaw the US-funded terror campaigns against Hondurans during the Reagan administration. Negroponte also enthusiastically supported the US’s 2003 war in Iraq which failed to achieve any of the objectives sold to the Americans as the reasons the war was a necessity.

Through scandals like the Abu-Graib debacle, unconstitutional wiretapping, torture, and ceaseless paranoid calls for an ever larger national-security state, the American foreign policy establishment has done more to undermine American democracy and institutions than Trump could ever hope for.

Yet,  these people are now speaking as if they are moral authorities on preserving the rights of Americans.

Given their clear disregard for basic human rights in recent decades, however, one suspects it is more likely that what really motivates the signatories’ denunciation of Trump’s election lawsuits is a desire to return to “business as usual.” This, after all, would make it easier for the regime to get back to dismantling the Bill of Rights, initiating new wars, and generally doing what it wants.

This becomes harder to do if millions of Americans begin to suspect that the regime isn’t as legitimate as has been long claimed, and that maybe the game is rigged against those who fail to be sufficiently friendly toward the permanent government in Washington and the so-called deep state.

But lest anyone think that investigating the integrity of American elections is a worthwhile endeavor, these national security bureaucrats resort to the usual, tired claim:

The message is this: Dear Trump supporters, if you demand thorough legal proceedings and a careful look at this election’s outcome, then you support “America’s enemies.” We’ve heard a similar sentiment from these people before, when the Bush Administration declared “you’re either with us or you’re with the terrorists.” The message now is: “either you’re with us, or you’re with the Chinese totalitarians.”

It’s the usual sort of ruse that’s been used by the US foreign policy establishment for decades, and this is only the latest illustration. This same impulse is why the Conservative movement’s longtime leader William F. Buckley called for “a totalitarian bureaucracy” in the United States so long as it served the interests of the American national security state.

What’s the Harm in Contesting the Election?

More reasonable people however, should see the value and necessity of a slow, thorough, and public legal examination of the election.

Regardless of how one feels about Donald Trump, anyone who values fair play, honesty, and the votes of legal voters should want thorough audits and investigations. The question: “how much was this election affected by fraud?” warrants serious consideration and serious investigation into how the election was conducted. After all, whenever political power is at stake, there is no reason whatsoever to assume honesty and integrity are guiding the actions of all involved.

Fraud occurs with every election, of course. Anyone who claims any election contains no fraud lives in a fantasy land, or is lying. Voter fraud exists anywhere that votes are cast. Anecdotes of fraud in this election are plentiful, from backdated ballots in Pennsylvania, to  “coaching” voters in Detroit. The question is whether or not this sort of thing is widespread enough to change the outcome. In a number of lawsuits, the Trump campaign has suggested that it has been widespread.

And there’s no harm in allowing the legal process to proceed. After all, in legal and constitutional terms, the US election process is still very much on schedule.

Contrary to what various reporters seem to think, it is not the case that Joe Biden and Kamala Harris “were declared the election’s winners more than two weeks ago, after Fox News, the Associated Press and other television networks called” it. The outcomes of presidential elections aren’t declared by infotainment performers working at Fox News.

Rather, federal statutes and constitutional provisions stipulate that the Electoral College will meet in December, and the Congress will declare a winner shortly thereafter. This process is in no danger of being derailed.

It’s too bad that people like Michael Hayden don’t respect this constitutional process, but that’s just par for the course coming from someone who has been director of the CIA.

For those who actually care about some measure of accountability and transparency from government institutions in charge of running elections, there should be no problem with any presidential candidate demanding a wide variety of legal challenges. This in itself won’t solve the problem of election fraud, and it won’t make the regime respect anyone’s human rights. But it is the very least that should be done in the wake of an election where the outcome is close, messy, and conducted by politicians who are very unlikely to have the average Americans’ interests at heart.

This post has been republished with permission from a publicly-available RSS feed found on Mises. The views expressed by the original author(s) do not necessarily reflect the opinions or views of The Libertarian Hub, its owners or administrators. Any images included in the original article belong to and are the sole responsibility of the original author/website. The Libertarian Hub makes no claims of ownership of any imported photos/images and shall not be held liable for any unintended copyright infringement. Submit a DCMA takedown request.

The Mises Institute exists to promote teaching and research in the Austrian school of economics, and individual freedom, honest history, and international peace, in the tradition of Ludwig von Mises and Murray N. Rothbard. These great thinkers developed praxeology, a deductive science of human action based on premises known with certainty to be true, and this is what we teach and advocate. Our scholarly work is founded in Misesian praxeology, and in self-conscious opposition to the mathematical modeling and hypothesis-testing that has created so much confusion in neoclassical economics. Visit https://mises.org

Cruelty To Animals Gets More Media Coverage Than Beheaded Christians

The Austrian Theory of the Business Cycle