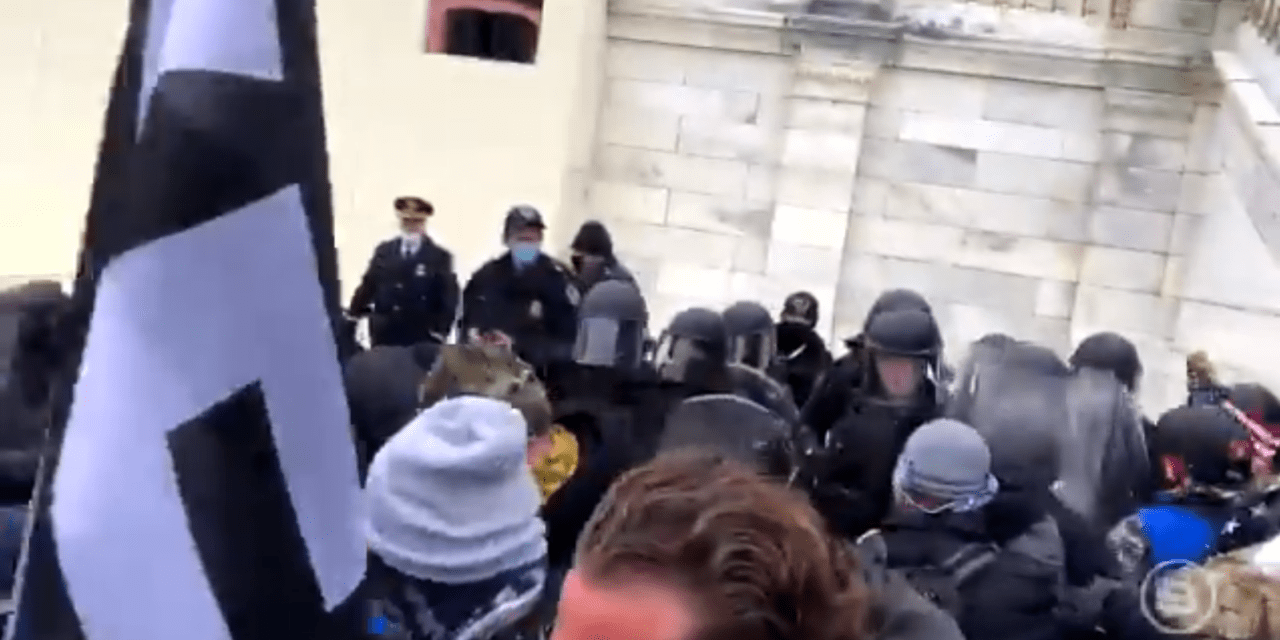 Following President Trump’s address to supporters at a rally in Washington on Wednesday afternoon, a group of demonstrators marched to the US Capitol and reportedly breached several layers of security barricades around the building.

Just before 1300, a group of Trump supporters “toppled the barricades, storming through them to the grassy fields leading to the Capitol,” according to WaPo.

Inside the Capitol, Congress is meeting to certify the electoral college votes for President-elect Joe Biden

The chaos unfolding outside prompted Staff in the Cannon House Office building to evacuate, according to a notice obtained by Bloomberg. Madison office building staff have also been told to evacuate.

HAPPENING NOW: Crowd grows increasingly violent at the US Capitol

Trump supporters are attempting to break police lines at the Capitol.

Trump supporters are trying to break past police lines at the Capitol building.pic.twitter.com/kzLo2vWyfq

“Whoa: Trump supporters going at it with the police on the steps of the Capitol as Congress counts the Electoral College ballots inside,” HuffPost’s Philip Lewis tweeted.

Whoa: Trump supporters going at it with the police on the steps of the Capitol as Congress counts the Electoral College ballots inside pic.twitter.com/LiQhaa5KkQ

*This story is developing

America Will Reject Political Violence or Be Consumed By It