Billionaire Baron Benjamin de Rothschild, chairman of the iconic Edmond de Rothschild Holding and the 22nd richest man in France with a net worth of €4.3 billion, has died at 57.

“Ariane de Rothschild and her daughters are deeply saddened to announce the death of husband and father, Benjamin de Rothschild, following a heart attack in the family home in Pregny (Switzerland) in the afternoon of January 15, 2021” the family said in a press release on Saturday.

The namesake company confirmed his death on Saturday, offering condolences to his wife, children and family. In a statement on its website it said that the entrepreneur developed the entity “in an exceptional way during all these years” and was “passionate about finance, speed, sailing and automobiles, wine enthusiast, Benjamin de Rothschild was also an active philanthropist.”

Benjamin de Rothschild most recently made the news in early 2019 when he took the Swiss Bank Edmond de Rothschild (Suisse) S.A. private. The Swiss branch of the sprawling Rothschild banking dynasty – once one of the world’s richest families, and according to some, still the richest – was created by Baron Edmond de Rothschild, whose parents fled to Switzerland during World War II. He created the group in 1953, later buying a Swiss private bank and branching out into asset management.

The banking dynasty has spawned countless labyrinthine and convoluted financial entities which have helped obfuscate its financial exposure. The Edmond de Rothschild Group has financial assets distributed around the globe and in the form of investments in hedge funds via a fund of funds operation with over 173 billion francs in AUM. 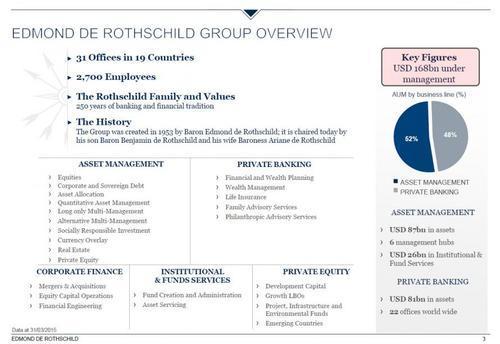 The Chateau de Pregny –  also known as the Rothschild Castle – where the banker died, is located near Lake Geneva. 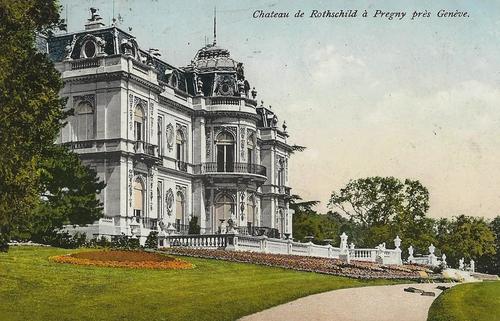 The estate has belonged to the family since it was built in 1858 by the Swiss banker, Adolphe Carl de Rothschild. He bequeathed to a cousin, Maurice de Rothschild of the Rothschild banking family of France, who in turn left it to his son, Edmond Adolphe de Rothschild. The property remains in the family and as at 2013 is the principal residence of Edmond’s widow, Nadine.

‘Frothing Hysterics’ & The Fumes Of Fanaticism

Gold Vs Bitcoin & The Death Of Money