The Federal Reserve wrapped up its March FOMC meeting yesterday. As expected, there were no policy changes. Interest rates remain at zero. Quantitative easing carries on as it has been. Peter talked about the Fed meeting and Fed Chair Jerome Powell’s messaging in his podcast. He said the Fed is playing a game of chicken with interest rates and inflation. 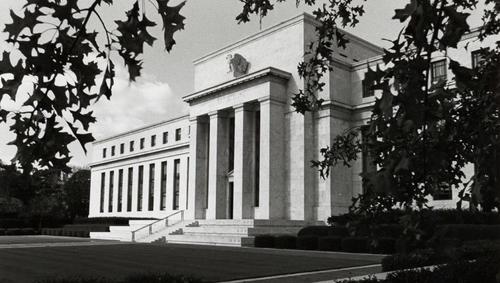 While the Fed remained dovish in its policy, the FOMC did up its growth outlook and sang a much more optimistic tune about an economic rebound. Nevertheless, Powell made it crystal clear there are no plans for rate hikes for at least two years.

The Fed also didn’t give any indication that it is going to do anything about the continuing rise in long-term bond yields. Peter has likened this to a game of chicken.

Markets reacted positively to the Fed’s messaging. The Dow closed at a record high. But Peter said he wouldn’t be surprised if there isn’t a selloff because he doesn’t think the Fed was dovish enough.

I think they really need to hear from the Fed that long-term interest rates are capped. I think that’s the hand they’re holding. I think the Fed now is playing the cards close to the vest. They don’t want to show what they’re holding. They’re trying to bluff. But at the end of the day, I think the markets are going to want to see the cards. I think that’s the only thing that’s going to save the market – is the Fed coming clean about its commitment to yield-curve control, to artificially manipulating not just the short end, which it’s already doing, but the long end because of the problems that it is going to create for the economy.”

During the post-meeting press conference, a reporter asked Powell directly about rising bond yields. Powell said he would only be concerned with a “disorderly” rise in rates. But Peter said even an orderly rise can disrupt the economy.

I think that when the Fed sees stronger evidence that the increase in yield is being a bigger problem for both the stock market and/or the economy, then I think the Fed is going to do exactly what I said and give the market exactly what it wants to hear. And that is that the QE program is going to be expanded to accommodate massive deficit spending to keep interest rates from rising and to keep the entire house of cards built on a foundation of cheap money from collapsing.”

Peter said although there was no real change in policy and the FOMC statement was substantively about the same as the last, Powell still managed to get more dovish.

They always manage to out-dove themselves. And really, you could see the Fed’s commitment to keep the punch bowl full of alcohol indefinitely when you listen to the way Powell talks. Because one of the things that he went out of his way to reassure everybody is that interest rate hikes are not coming — anytime soon. They’re years and years away. So, he’s saying, ‘Don’t even think about it. Don’t even worry about it.’”

This despite the Fed’s extremely rosy outlook for economic growth.

Despite the fact that the Fed thinks the economy is going to grow uninterrupted for the next few years, above trend, the fact that it sees a persistent decline in the rate of unemployment, and the fact that it sees inflation averaging 2%, something it has not done based on the way we measure it in quite some time – probably since prior to the ’08 financial crisis – the Fed says that rates are not going to go up. They’re not even going to think about raising rates. Even if all this good stuff happens, the Fed is assuring everybody that rates are going to stay at zero.”

Powell and company also assured everybody that there would be no taper. In other words, the central bank has no plans to slow down quantitative easing asset purchases. Peter said he thinks the Fed will ultimately do the opposite of taper, just like the Reserve Bank of Australia and the ECB have already done.

I think they’re going to ramp it up. They just haven’t admitted that yet. But what the Fed wanted to go out of the way to say was that if they ever decide that they want to taper, that they want to slow down their pace of asset purchases, Powell said we’re not going to surprise anybody with the taper. We’re going to give everybody an advanced warning.”

Peter said this is BS. If there is really a problem in the economy that the Fed has to react to, it has to do it in the moment. You can’t wait to see how the markets might react with some kind of trial balloon.

As far as inflation goes, Powell finally admitted that it would likely run above the 2% target sometime this year. But the word of the day was “transitory.” Powell said the big spike would primarily be because of the comparison to the really low prices we saw at the height of the lockdowns.

So, what Powell is saying is that the spike that he sees coming in inflation, and he only sees it coming up to maybe 2.4% … he’s saying that’s going to be transitory. So, the Fed is not concerned about that. Inflation is going to return back down to 2% or lower the following year. And according to Powell, inflation expectations remain well-anchored at 2%.”

A reporter asked Powell how much inflation would have to run above 2% before the Fed becomes concerned enough to act. He refused to put a number on it.

I think the reason he doesn’t want to is A. he can’t because he hasn’t even thought it through. But he probably doesn’t want to scare the markets by saying too high a number. Then the dollar would get killed. Gold would go up. Or, basically telling the truth that there is no number — that no matter how bad inflation gets, the Fed’s going to do nothing about it.”

When it comes to inflation, the Fed’s basic message is “we’ll cross that bridge when we get there, and we may never get there.” Peter said this should scare the bejesus out of anybody. And he raised a key question: what makes these central bankers so sure that the big price increases we’re seeing right now are transitory?

I mean, how do you know they’re transitory? You don’t know that until you transition out of them. If the guys at the Fed were such geniuses at predicting prices, well, they could make millions or billions trading the markets. … The reality is, they don’t know that these increases are transitory. As far as they know, any big price increases that we see in 2021 they could just be the beginning of a trend that’s going to go on for years, and years, and years.”

Powell is willing to gamble that price increases are transitory. The problem is that if you wait to find out before acting, it’s too late. It’s just another game of chicken.

There’s an old saying among central bankers – don’t let the inflation genie out of the bottle. Be proactive. Be preemptive.

What Powell went out of his way to do is say, ‘Hey, this time it’s different. We’re not going to be proactive. We’re just going to take a chance and hope that price increases are transitory, and we’re just going to assume that everything is going to be OK. And then if it turns out that we’re wrong, well, we’ll deal with that problem if it arises.’ But there is no way to deal with that problem if it arises, especially since it’s going to be so much worse because of the time that they waited.”

Listen to the entire podcast for more analysis of the Fed meeting and Powell’s comments.