Watch: California Shoplifters Stroll Out Of TJ Maxx With Arms Full Of Merchandise

Watch: California Shoplifters Stroll Out Of TJ Maxx With Arms Full Of Merchandise

In yet another example of California’s decline under Democratic leadership, two men were caught on film casually walking out of a suburban Los Angeles TJ Maxx store while carrying armfulls of merchandise – just seven months after LA District Attorney George Gascón announced his office would no longer prosecute misdemeanor crimes such as shoplifting.

Thanks to Prop 47 thefts under $950 will not be prosecuted, so cops will not bother showing up. Just a reminder that you get what you voted for, California! pic.twitter.com/jWUPdJzy0A

The incident occurred at the TJ Maxx in Granada Hills. Neither man has been charged or arrested, though the LAPD continues to investigate the incident.

“They didn’t even run out, they walked out,” said LAPD Sgt. Jerretta Sandoz in a statement to CBS LA. “And so, that’s sending a message that we, the criminals, are winning.”

Sandoz, who serves as vice president of the Los Angeles Police Protective League, said she blames the incident on Prop 47, a 2014 referendum that lowered criminal sentences on crimes such as shoplifting.

“If they’re caught, they’re probably given the equivalent of a traffic ticket,” she told CBS LA. “So it’s not taken seriously.”

“If you let these criminals think that they can go in and steal merchandise and steal things, what happens when someone tries to stop them,” Sandoz added. –Fox News

Recall that Gascón is the same DA who in April dissolved or downsized the city’s hardcore gangs and narcotics units ahead of a spike in homicides to 13-year highs – for which LA County Sheriff Alex Villanueva directly blames him. 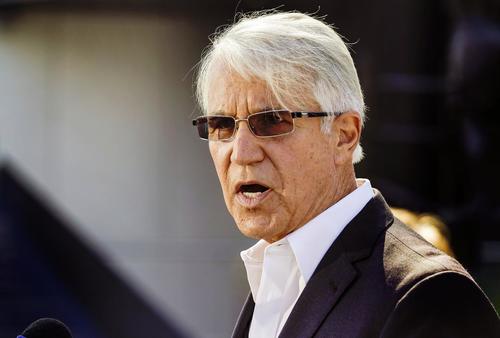 The video illustrates the latest in a spate of shoplifting across the state. In San Francisco, business owners and security officials are decrying the “lawlessness” in the city caused by shoplifters.

Rabobank: Every Member Of Congress Is Now Open To Arrest If They Visit Hong Kong