In a time of record commodity prices, it is hardly surprising that enterprising gangs of bandits have turned their attention to the copper supply chain, and that’s precisely what crime gangs in central and southern Africa have done this year when they quietly robbed at least 66 trucks carrying copper between January and May this year.

The thieves robbed dozens of truckloads of copper owned by miners and traders including Glencore, Trafigura and Traxys as they were heading to ports in southern Africa, Reuters reported citing three sources who added that copper prices have triggered an increase in hijackings in recent months in Botswana, the Democratic Republic of Congo, South Africa, Tanzania and Zambia.

Copper mined in Zambia and Congo, which accounts for about 10% of global supplies estimated at 24 million tonnes, is transported to ports across southern Africa. Only in some cases those trucks never reach their destination and instead are robbed somewhere en route to their destination by organized crime gangs who melt down the copper to remove serial numbers and other marks of ownership to resell it locally or transport it by truck to be sold in neighboring countries, from where it eventually ends up in China whose record demand has pushed copper prices to an all-time high above $10,700 a tonne in May.

With the average truck carrying between 32 and 34 tonnes of copper cathode, the thefts would amount to roughly $21 million worth of copper at current prices, Reuters noted adding that more trucks were stolen in June and July, according to the source who said one truckload of the copper stolen on July 9 was worth $470,000.

Currently at around $9,700, prices of the metals used widely in the power and construction industries have climbed more than 50% over the past 12 months.

Yet while remarkable, this story of enterprising African bandits pale in comparison to what recently happened in Turkey, when thieves stole at least $40 million in copper by literally spray-paining rocks on seven shipments to China, in what has been dubbed the “biggest fraud in Turkish history” as shown in the following informative cartoon from Bloomberg. 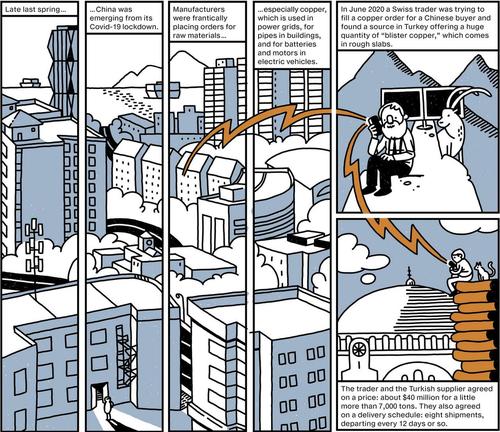 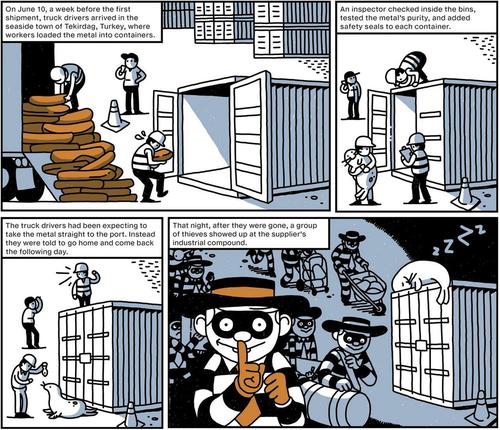 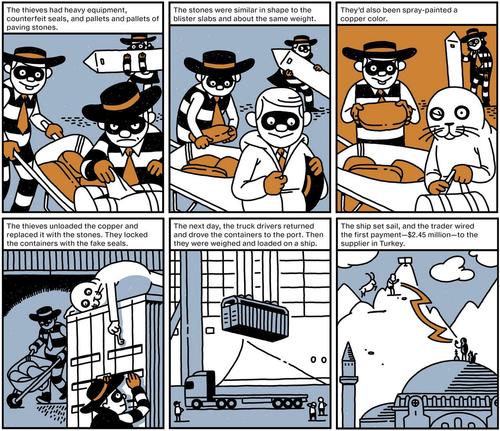 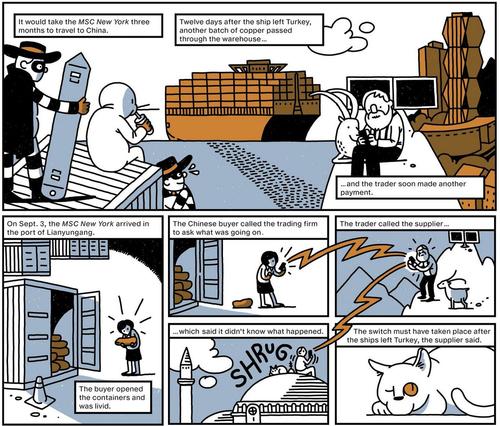 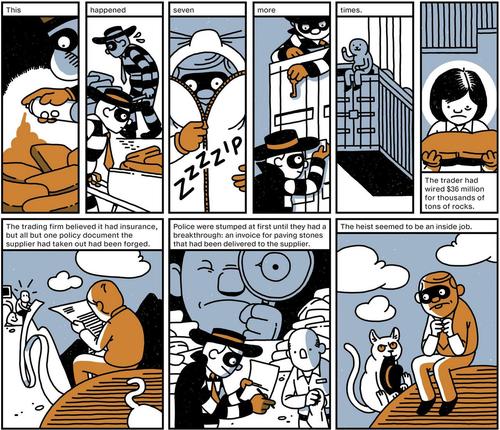