One day after oil giant BP warned about rationing gasoline and diesel at UK service stations, Brits began to panic buy fuel as the government tried to calm fears.

Lines of cars and trucks are spilling over into the streets at service stations across the country. A BP spokesperson said Thursday that a truck driver shortage has resulted in its inability to transport fuel from refineries to its network of service stations. These words spooked the public, which could cause a more severe shortage due to the hoarding. 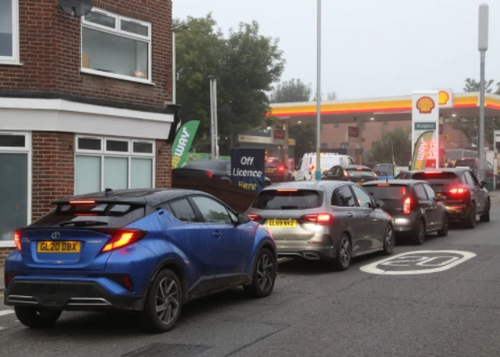 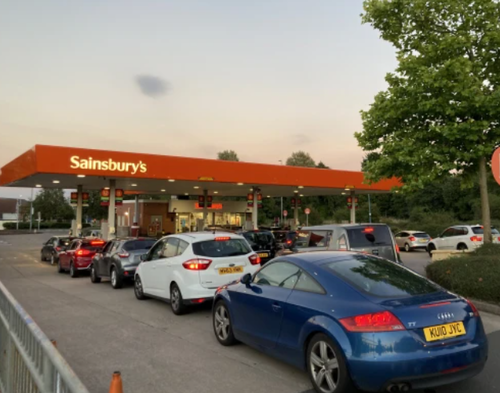 The scenes of long lines at gas stations bring back memories of the 1973 Opec Oil Crisis, the 2000 fuel shortage, and the virus pandemic disruptions amid fears the country is diving headfirst into a 1970s-style “winter of discontent” of shortages and socio-economic distress.

On Friday afternoon, Transport Secretary Grant Shapps told Brits on Sky News that there was no fuel shortage and for “everyone to carry on as normal.” His soothing words weren’t enough to stop the buying panic, which is expected to continue into the weekend. 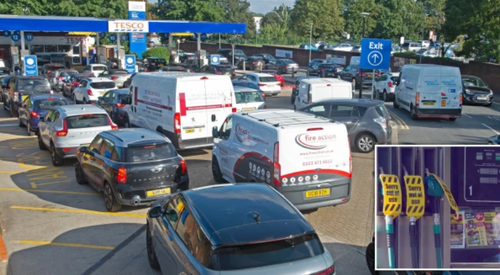 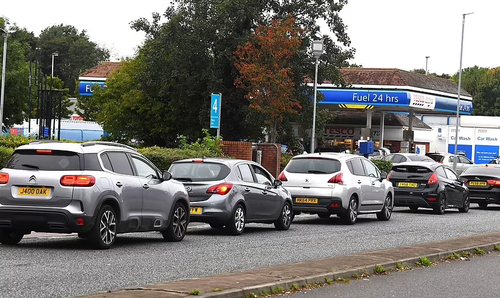 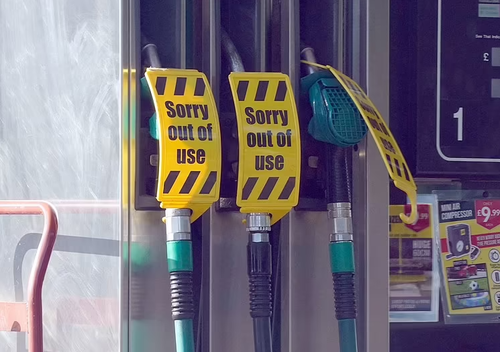 Gasoline and diesel shortages will only stoke higher prices amid an expanding energy crisis that has resulted in another shortage: natural gas. This has caused power prices to erupt and disrupted chemical plants that halted fertilizer production, and has caused headaches for major food supply chains. Brits are also panic hoarding food.

The Daily Mail provides a list of issues that threatens a winter of discontent:

1. A shortage of natural gas causing a spike in gas bills for millions of Britons, along with the possibility of dozens of small energy firms going bust;

2. However ministers say ‘there is question of the lights going out, of people being unable to heat their homes. There will be no three-day working week, or a throwback to the 1970s’;

3. A shortage of natural gas leading to the closure of fertilizer plants, which produce the CO2 used in fizzy drinks and the meat industry;

4. The Government has since agreed a deal with fertilizer firms to restart a factory in a bid to maintain CO2 production;

5. A lorry driver shortage which is crippling the UK’s transport industry, leaving to empty shelves and slow delivery times;

6. Bosses say this could impact both of Christmas dinners and have an impact on the number of toys on the shelves;

7. Now bosses of major fuel firms have warned they will have to start shutting petrol stations because there are not enough lorry drivers to effectively distribute to all of its petrol stations;

8. It comes after the Bank of England warned on Thursday that surging household energy bills would send the cost of living spiralling by more than 4 percent this winter – the highest rate of growth for a decade

Worst still, there are now fears that shortages could bite households in the run-up to Christmas.  The classic Christmas dinner could be decimated, with turkey, pigs in blankets, potatoes and brussel sprouts all at risk.