Convicted sex trafficker Ghislaine Maxwell should spend between 30 and 55 years in prison, after serving as dead pedophile Jeffrey Epstein’s fixer and partner in crime. 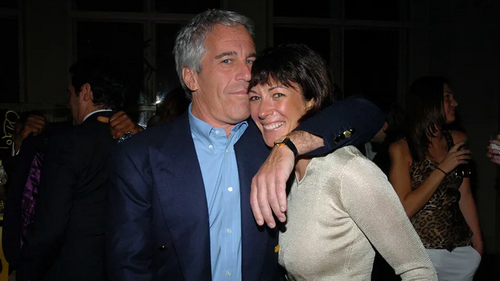 The 60-year-old disgraced socialite was convicted in December on five charges, including recruiting, grooming, and sex trafficking girls – some as young as 14, between 1994 and 2004, for Epstein and associates to abuse.

“Her practice of targeting vulnerable victims reflects her view that struggling young girls could be treated like disposable objects,” they added.

Maxwell will be sentenced on Tuesday, June 28 by Circuit Judge Alison Nathan.

Maxwell’s lawyers have asked for less than the 20-year sentence recommended by probation officers, and no more than 5-1/4 years – arguing that she’s being scapegoated for Epstein’s crimes, and has already spent quite a long time behind bars.

Prosecutors said Maxwell’s reports of poor confinement conditions at Brooklyn’s Metropolitan Detention Center were no reason for a lighter sentence.

“Going from being waited on hand and foot to incarceration is undoubtedly a shocking and unpleasant experience,” they wrote. -Reuters

Epstein accusers Sarah Ransome and Elizabeth Stein were not called to testify during Maxwell’s trial last year, however sentencing hearings allow for a wider pool of alleged victims to speak in order to help judges make their sentencing decisions.

In a Tuesday court filing, an attorney representing both women, Robert Lewis, requested that his clients be able to speak at Maxwell’s sentencing as “victims of the sex trafficking perpetrated by Jeffrey Epstein” and Maxwell.

Maxwell’s attorneys hit back, arguing that neither woman qualify to speak as victims, due to the timing of their allegations as well as their ages at the time, according to Insider.

In a response to Lewis’ filing, Sternheim explained that Maxwell was tried specifically for sex trafficking minors between 1997 and 2004. Ransome doesn’t qualify as a victim in this case because her allegations against Epstein and Maxwell focus on the years 2006-2007, when she was an adult.

Ransome has said in previous interviews that she was recruited into Epstein’s sex-trafficking ring when she was 22 years old. She told CBS News in an interview in December that Epstein raped her and threatened to kill her and her family if she ever left him. She said Maxwell was the organizer of the ring.

During Maxwell’s trial, four women testified that she was a central figure in Epstein’s world.

Now, when do we get to see that list of Epstein clients?