Are Bonds Really A Buy

Are Bonds Really A Buy

By Russell Clark of the Capital Flows and Asset Markets Substack 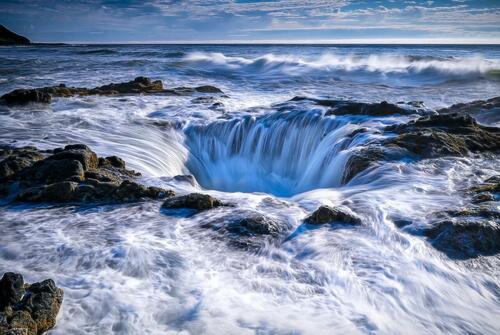 Every time I open twitter these days, I see someone saying “Here comes deflation and its time to buy bonds!” and then providing some graph to back up the view. Typically it will involve the price of commodities, or perhaps some variation of PMI that leads core inflation. I think they a probably wrong – and I say that with about 90% confidence. At some point bonds will be a buy, but not today.

So why is everyone a bond buyer? I think its mainly psychological. When the Federal Reserve first embarked on its QE program, everyone became very bearish long date bonds. Oddly, everyone seemed to ignore the experience of Japan, which had first invented QE, and had never seen a bond bear market. To see this in “asset flows” we can look at TLT US – the long dated treasury ETF. As late as 2014, the short interest in this was greater than the shares outstanding! TLT was actually net short (well not TLT, but it was creating units for people to be short treasuries). Run forward to today, and the long position has double in 6 months, and short position is near all time lows. 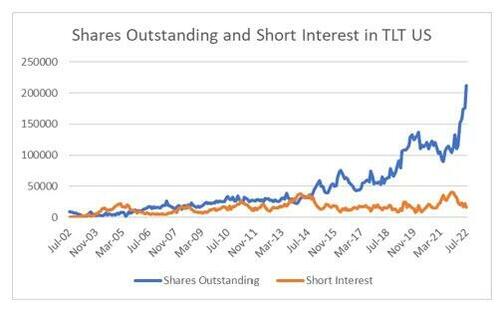 Nothing like being short and wrong to convert people to ultra bulls (see bitcoin, Tesla etc…). So what are these converted bulls looking at to make them so bullish bonds? First of all, they have seen the treasury yield curve invert, which has tended to signal recession, so the basic assumption is that the Federal Reserve wont raise rates anymore. This assumption puts interest rates at the heart of inflation, that is high interest rates kills inflation. I think this assumption is wrong. 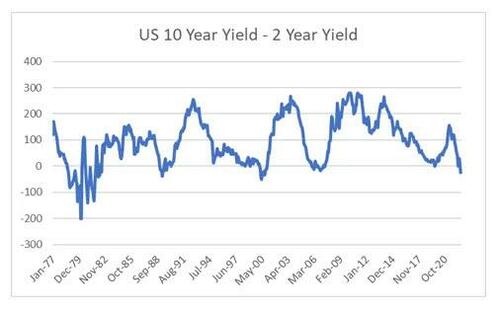 An inverted yield curve and signs of a top in commodity prices is enough to push people into being bullish bonds. 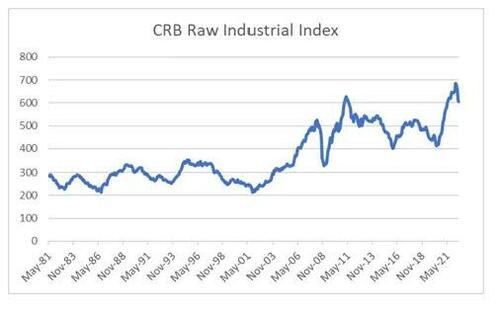 Often when people talk about structural inflation, they talk about budget deficits and low interest rates. Japan has proven that large deficits do not create inflation in of themselves. This has formed the organising idea behind which MMT – or deficits don’t matter – crowd. 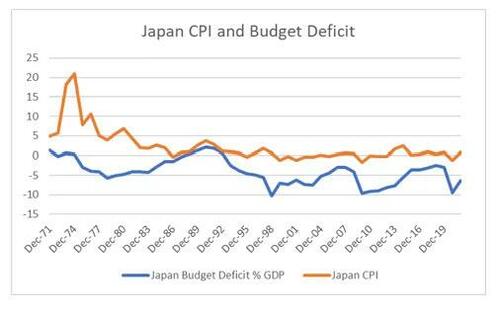 Focusing on deficits miss the point. The key issue is whether governments are enacting “austerity” or not. Austerity can come in many different flavours, from reducing government payroll, to cutting or freezing wages, but it is not hard to work out when government is enacting austerity or not. Japan has not seen a public servant pay rise in decades. When we look at the US, we can see that post GFC, we were in an age of austerity. You don’t need a microscope to see that post Covid, US government spending remain elevated compared to pre-Covid. 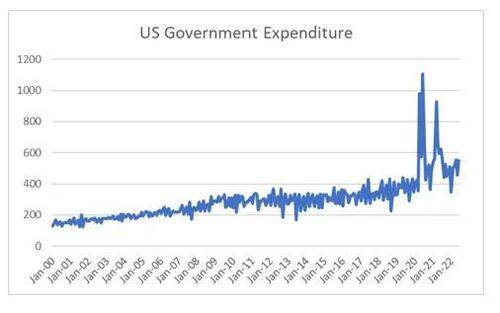 You also don’t have to be much of a political analysis to make an educated guess that neither the Republicans or the Democrats will cut spending until the bond market tells them to do so. When I look at CPI over over 8% and US 30 Year Treasury sub 3%, I think bond bulls have lost their minds. 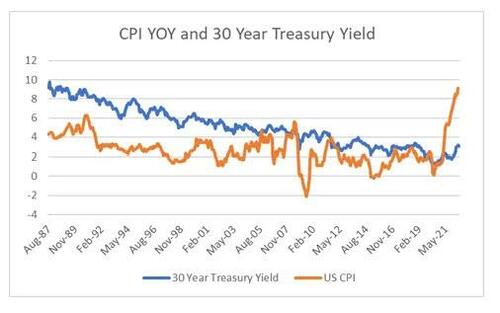 The intellectual thread behind all of this, is that capitalism is deflationary, and socialism is inflationary. The problem is that capitalism creates income inequality, the eventually destroys the social contract, And that point “some” socialism is necessary. We are seeing the social contract fray in the UK, where strikes are now commonplace. Perhaps the US is different, but my guess big government is here to stay, and so is inflation. Bonds look like shorts to me.