“Fishermen found the bomb on the bank of the River Po due to a decrease in water levels caused by drought,” Colonel Marco Nasi told Reuters. 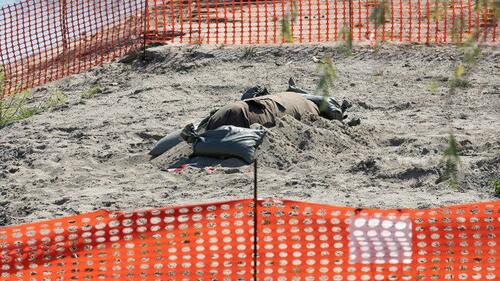 About 3,000 people in the surrounding area were told to evacuate during the disposal operation.

Borgo Virgilio’s Mayor Francesco Aporti said many residents were not pleased with the evacuation orders:

“At first, some of the inhabitants said they would not move, but in the last few days, we think we have persuaded everyone,” Aporti said.

On Sunday, army specialists carried out a controlled explosion of the bomb in a quarry in Medole, about 45 km (30 miles) from where it was discovered.

Watch the army remove the bomb from the river bank and then blow it up at the quarry.

We noted in early July that Italy declared a state of emergency in five northern regions surrounding the Po due to a dangerous heatwave and drought. The country’s longest river snakes around 405 miles in northern Italy and is used for drinking water, crop irrigation, and hydroelectric power.

According to the European news outlet Euronews, this is the sixth water emergency for the Po River basin in two decades.