The Trumpification Of Elon Musk

The Trumpification Of Elon Musk 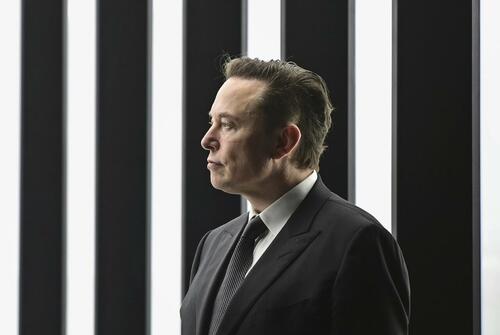 The relentless attacks on Elon Musk since he purchased Twitter should be familiar to most Americans. It’s exactly what Democrats and their media and corporate allies did to demonize Donald Trump.

The McCarthyite formula is simple: Claim you are defending high-minded principles (Democracy! The rule of law! Civil discourse!) to justify efforts to delegitimize someone you’ve identified as a political opponent.

Democrats denied Trump’s presidency from day one; Hillary Clinton and Joe Biden themselves declared for years that he had stolen the 2016 election. In the name of election integrity, Democrats turned a bogus conspiracy theory cooked up by Clinton’s campaign about Russian collusion into years of official investigations that undermined and tainted Trump. When Special Counsel Robert Mueller proved that a lie, Democrats immediately seized on a few innocuous sentences in a Trump phone call with a foreign leader to launch just the third presidential impeachment in U.S. history.

Those events are well-known, but ponder them for a moment. This was a soft coup, a nonviolent version of Jan. 6 that was far more dangerous than the Capitol riot. The effort to remove a lawfully elected president was planned and orchestrated by officials at the highest level of government and the media. While Jan. 6 was a one-off eruption of crazed anger, the false attacks on Trump edged our political discourse toward Orwellian Newspeak by presenting lies and smears as ringing defenses of sacred constitutional values.

The ongoing attacks against Musk are following the same playbook. The man once hailed by liberals as a genius for developing electric vehicles is now Public Enemy No. 1 because he says Twitter should allow more free speech. Ponder that as well: Musk’s enemies are casting him as a threat to the country because of his commitment to one of America’s most cherished freedoms.

Progressives have abandoned their longstanding anti-corporate stance to argue that an unelected, unaccountable company must aggressively censor the vox populi. We saw the same dizzying turnabout in Russiagate, where the left abandoned its historic defense of Russia to cast dealings with that nation as un-American (making Joe McCarthy their new “Uncle Joe”).

Yes, Musk has restored Donald Trump’s Twitter account which the company’s previous leaders had disabled when he was president. But there is zilch, zero, nada evidence at this point that Twitter has become a toxic cesspool of hate. Nevertheless, that is the bogus claim being advanced by thought leaders including Jelani Cobb, dean of Columbia University’s journalism school.

Ponder the argument here that a corporation should have the power to remove the president of the United States from communicating through one of the nation’s prime networks. The same people who cheered that decision also thought it was appropriate for Twitter to help swing the 2020 election by prohibiting users from sharing blockbuster reports about Hunter Biden’s foreign dealings, recorded on his laptop.

If one needs any more proof that principle has no part in the attacks on Musk, consider that while Apple has joined many other major companies in pulling its advertising from Twitter, it issued an update only for its Chinese users limiting a function commonly used by protestors as discontent was percolating against that country’s extreme COVID restrictions.

The attacks on Musk shed light on a darker mystery of American life: Why did the left attack Trump so savagely? Yes, Trump is a coarse, combative man who has the same relationship with truth as a used-car salesman. But that hardly makes him an outlier in our coarse, combative culture where, the left has long argued, truth and almost everything else we used to define as reality are just social constructs.

At bottom, they saw Trump – and now Musk – as a threat to their power and privilege. For all their talk of democracy and the will of the people, the left has always embraced a top-down approach in which a benighted few control society. Trump was the first president without political or military experience. He  was not just an outsider; he  also promised to expose the hypocrisy and self-dealing of the ruling class, both Democrats and Republicans (hence the rise of “Never Trump” Republicans).

The fact that this man with no political experience accomplished so much – including helping the economy hum, brokering a peace deal in the Middle East, calling out China’s ruthlessness, and creating conditions for the development of a COVID vaccine in record time – exposed the failures of our best and brightest. He wasn’t a threat to the nation, but to their authority.

The left sees Musk as a similar threat. For decades they have largely controlled the flow of information in prestige publications and network news divisions. The rise of social media gave them new mechanisms for defining national narratives, and for silencing those who disagreed with them through cancel culture and outright censorship. They see Musk’s promise to restore free speech on Twitter as a threat to this power. Whoopi Goldberg stated this baldly when she counseled liberals to walk away from Twitter until they figure out how to “get the control you need” of the platform.

Hence the effort to Trumpify Musk.

Ponder for a moment the ubiquity and ferocity of attacks on this one man and the outrageous effort to cast calls for censorship as ringing defenses of liberty. Consider too that this, like the treatment accorded Trump, has not just been normalized, but valorized.

When authorities lose the power to convince, they coerce. That is what is going on now as they tell us to shut up and submit. Please tweet that out.