As Democrats and their media allies turn up the pressure on President Trump with this latest report about the president allegedly trying to do favors for his political allies (something that everyone in politics does, to one degree or another), perfectly timed to coincide with the NatSec meltdown over Trump’s decision to let Turkey have northeastern Syria, Ukrainian President Volodymyr Zelenskiy once again denied that he had been blackmailed by Trump during the now-infamous July 25 phone call that’s at the center of the Dems’ impeachment crusade, Bloomberg reports.

At a press conference in Kyiv, far from American soil, and well beyond Trump’s jurisdiction, Zelenskiy insistently replied to a group of reporters that there never was any ‘blackmail’ from Trump, and that Trump must have known Zelenskiy doesn’t possess the power to interfere in Ukraine’s judiciary (as rooting out corruption was one of the tentpoles of his campaign). 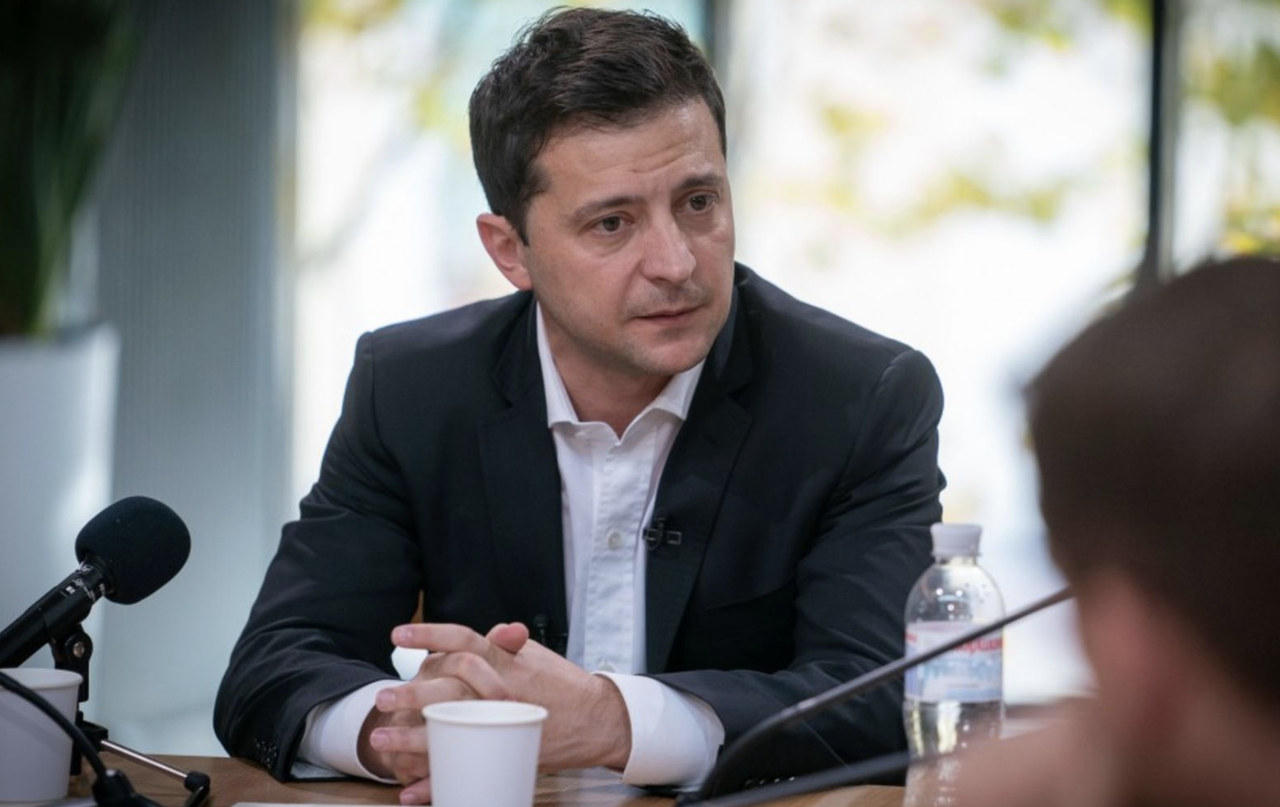 Democrats say Trump tried to use $400 million of military aide from the US as leverage to try to strong-arm Zelenskiy and the Ukrainian government to dig up some dirt on Joe and Hunter Biden and their shady business dealings in the country (these include Hunter’s position on the board of a private gas company, and Joe’s involvement in the ouster of a supposedly corrupt prosecutor). We’ve detailed many of Hunter’s shady dealings here.

Zelenskiy claims it’s simply not so.

“There was no a blackmail,” Zelenskiy told reporters at an all-day press event in Kyiv. “It wasn’t a subject of our talk.”

Zelenskiy said he wasn’t aware when he spoke with Trump that the US had put a hold on the military aid that Dems say was used to blackmail Zelenskiy (reports have shown otherwise: Zelenskiy reportedly wasn’t aware of the hold until he discussed it during a later meeting in Warsaw with Vice President Mike Pence).

Ukraine’s new chief prosecutor said that his office would review several important cases that were opened before he entered the office – including an investigation into the company upon whose board Hunter sat. So far, everything looks very preliminary.

To be clear, Zelenskiy has said he’s not against any prosecutions of the Bidens moving forward. He simply just doesn’t want to meddle.

“I don’t want to meddle by any means in the elections of an independent country,” he said. “I won’t do it.”

But assuming Biden manages to secure the nomination (his front-runner status is looking far more vulnerable today than it did at the beginning of the summer), Dems will soon realize: even the whiff of corruption and self-dealing will transform Biden’s campaign into the Clinton 2016 campaign pt. II – that is, if Hillary Clinton doesn’t decide to come out of retirement herself and seek the nomination for a rematch against Trump.