Morgan Stanley: “Climate Will Be A Key Driver Of Asset Prices In The Months And Years Ahead”

Morgan Stanley: “Climate Will Be A Key Driver Of Asset Prices In The Months And Years Ahead”

In three weeks, the world’s leaders will begin to gather in Madrid for the 25th United Nations Climate Change Conference. The intensity of the global climate strikes this year suggests that the proceedings will be scrutinized as never before. But the decisions made, or not made, will also have repercussions for global markets.

We’re transitioning towards a lower carbon economy, albeit at a slower pace than needed to stay within a two degrees Celsius climate scenario (2DS). For companies that can build offshore wind installations, develop electric vehicles and manufacture renewable diesels, we see potential for material earnings growth. In Decarbonisation: The Race to Net Zero, we estimated that more than US$50 trillion of capital will need to be deployed into renewables, EVs, hydrogen, biofuels and carbon capture and storage over the next 30 years, putting US$3-10 trillion of EBIT up for grabs.

Decarbonising electricity is the largest opportunity to reduce carbon emissions, with the power sector responsible for a quarter of global emissions. Strong renewables growth should be achievable given the significant improvements we’ve seen in solar and wind economics. But costs continue to constrain many other clean technologies, including battery storage, green hydrogen, CCS and biofuels.

If governments are serious about halting climate change, some form of stimulus will be needed.

Subsidies have already been key in industries like renewables. In the US, federal subsidies have helped to drive the transition to renewable energy, which rose from 14% of total power generation capacity in 2000 to 24% in 2018.

One alternative is to make high-carbon incumbents prohibitively expensive. European regulation on CO2 emissions, together with city bans on diesel, has catalyzed investment by global OEMs into electric vehicles. While the transition will be costly for the autos industry, it’s hard to see another path towards achieving aggressive targets.

Taxes should be another means of incentivizing investment in low-carbon technologies, but they remain ineffective. Even in Europe, where the carbon price has increased three-fold since the end of 2017, it remains far below the US$75 per tonne estimated by the IMF as necessary by 2030 to achieve a 2DS. 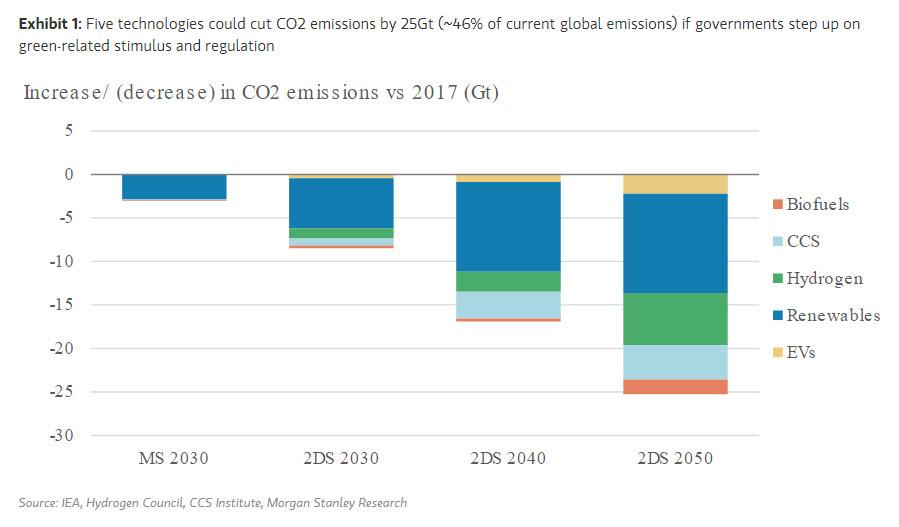 Even if the price of carbon rises to that level, a global tax is needed, through either a multilateral agreement or a carbon border adjustment. Domestic carbon taxes are unlikely to succeed in a world where many industries can move to regions with less punitive environmental regimes.

Until now, the willingness of governments to take steps to halt climate change has been open to question, given the potential implications for inflation, government debt and employment. But we see several reasons why change may come over the next 12 months. Significantly, awareness and concern about climate change among the general population are growing, driven by more frequent extreme weather, media coverage and actions by protest groups.

Regarding political appetite for change, we see notable shifts in tone across the world. The EC’s incoming president, Ursula von der Leyen, has announced the intention to create a climate plan. This includes legislation to achieve carbon neutrality by 2050, the introduction of a green border tax and the creation of a fund to advance a “just transition”. In the US, the current administration has formally notified the UN that it intends to withdraw from the Paris Agreement the day after the 2020 presidential election. However, the majority of Democratic candidates have made climate change a key item in their policy agendas.

Climate and carbon could also become drivers of QE. Christine Lagarde has made it abundantly clear that climate change will be a priority during her tenure as ECB president, suggesting that the central bank might use monetary policy to support a climate-friendly stance.

As with many market drivers, it’s hard to pinpoint the moment when a risk will become a reality. But to us, the direction of travel for the carbon price is clear. Challenges still lie ahead, but if the next 12 months don’t bring a material response from the world’s leaders, we see an increasing likelihood that carbon will impact asset prices through other channels. Between 2016-18, climate-related disasters such as wildfires and hurricanes have caused over US$650 billion worth of economic damage worldwide (or 28bp of global GDP).

Whichever trajectory we end up following, it seems clear that climate will be a key driver of asset prices in the months and years ahead. 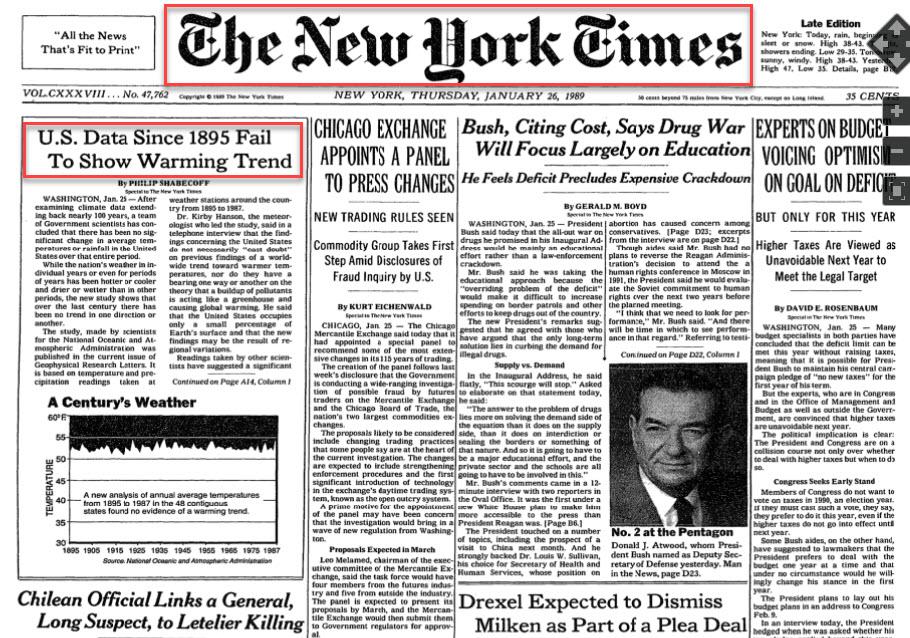 Who Controls The British Government Response To COVID-19, Part 1

Why the Movie Industry Is Fleeing California